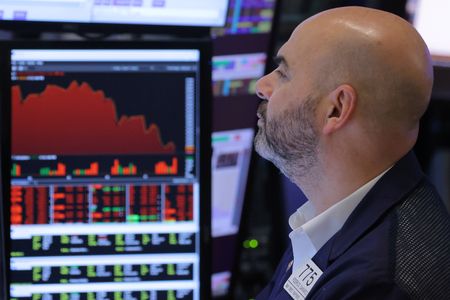 Market: Europe closes in the red after the US jobs report

The U.S. economy added far more jobs than expected in July and the unemployment rate fell to 3.5%, returning to its pre-COVID-19 pandemic level, the department’s monthly report showed on Friday. du Travail, which offers the most convincing proof to date that the world’s largest economy is not in recession. [L8N2ZH4GO]

This official report shows 528,000 non-agricultural job creations last month while economists and analysts polled by Reuters forecast an average of 250,000 with an unemployment rate unchanged at 3.6%.

“This is very hot jobs data,” said Peter Cardillo, chief economist at Spartan Capital Securities in New York. “That means the Fed is going to keep raising interest rates. Bonds are getting crushed. Stocks are going down.”

In Europe, the technology compartment shows the largest sectoral drop (-2.39%), followed by the media (-2.04%), penalized by the global advertising giant WPP which fell by 8.75% after the publication insufficient results and forecasts in the eyes of analysts. In its wake, Publicis fell 3.84% in Paris.

Among the biggest risers in the Stoxx 600, Deutsche Post climbed 4.56% after reporting quarterly results that beat expectations.

The situation is comparable on the American market, the ten-year rises by nearly 19 basis points to 2.8636%.

Speculation around a rate hike by the Fed also favors the dollar, which is up 1.044% against other major currencies.

Oil prices recouped some of their week’s losses but were still expected to close Friday near their lowest levels since February as worries about a possible recession and lower demand for fuel continued to rattle markets.

Facebook
Twitter
Pinterest
WhatsApp
Previous articleMonkeypox: How disease symptoms have changed and intrigue doctors
Next articleAgainst the government – PASOK for the attempted communication between Gerapetritis and Androulakis

Market: Stocks rise and rates fall after US inflation

Voltalia: More than 700MW of projects under construction in Brazil

Cac 40: Relieved by the slowdown in inflation in the United States, the Paris Stock Exchange bounces back to 6,500 points