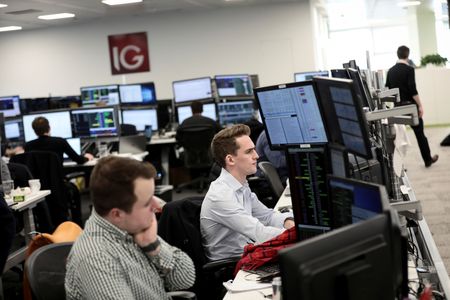 Market: Stocks rise and rates fall after US inflation

PARIS (Reuters) – European stocks ended in the green on Wednesday as Wall Street rose as weaker-than-expected U.S. inflation data eased fears of a large Federal Reserve rate hike during of its next meeting in September.

Consumer prices (CPI) in the United States stagnated in July and showed an increase of 8.5% year on year while the Reuters consensus expected a rise of 0.2% month on month. and 8.7% on an annual basis.

Fed funds rate futures now reflect the likelihood that the US central bank will raise the fed funds rate target by 50 basis points in September (between 2.75% and 3%), not more than 75 basis points as estimated before the publication of the inflation figures.

The Fed’s fight against galloping inflation is far from over, however, and the institution’s officials could hesitate to slow down on the pace and extent of monetary tightening, some strategists point out.

Chicago Fed Chairman Charles Evans stressed that inflation remains at an “unacceptable” level and that the Fed will need to continue its monetary tightening to bring the “fed funds” rate likely into the range. 3.25%-3.5% by the end of the year.

On the stock market, defensive sectors were among the biggest declines, with healthcare falling by 0.88% and utilities by 0.51%.

US inflation data translated into lower bond yields as expectations of a sharp Fed rate hike in September waned.

The yield on ten-year US Treasuries hit a low of 2.674% before coming back around 2.76%, down three basis points.

The European market followed suit: Germany’s ten-year yield fell as much as 0.837%, its lowest since August 5, before paring its losses.

According to data from Refinitiv, money markets are still pricing in a 100% chance of a 50 basis point hike in key rates from the European Central Bank in September but investors now judge the rate hike to be 106 basis points. base by December, compared to 113 bps before the publication of inflation in the United States.

“There’s enough of a difference in inflationary pressures between the US and the euro zone that short-term expectations for the ECB won’t change much,” said Peter Mccallum, strategist at Mizuho.

The dollar falls 1.34% against a basket of benchmark currencies (+0.02%) on the US inflation figures, which allows the euro to reach a five-week high against the note green at 1.0331.

The pound sterling fell in session to its lowest level since July 26 against the euro after a report from the Bloomberg agency that the British government plans to plan power cuts for industry and households in January in case of a very cold winter and a shortage of gas.

Oil prices are stabilizing after falling due to the resumption of crude deliveries on the Druzhba pipeline linking Russia to several Central European countries and the announcement by the US Energy Information Agency of a larger than expected increase in crude stocks in the United States last week.