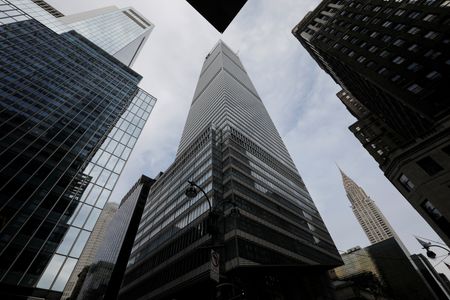 United States: Inflation slows more than expected, to 8.5% over one year

WASHINGTON (Reuters) – U.S. consumer price inflation slowed more than expected in July due to a sharp drop in the cost of gasoline, official statistics showed on Wednesday.

Markets are hoping these numbers will prompt the Federal Reserve (Fed) to ease the extent of monetary policy tightening.

The consumer price index (CPI) stagnated last month after rising 1.3% in June, the Labor Department said. Over one year, it jumped 8.5%, after +9.1% the previous month.

This is the largest month-on-month deceleration in inflation since 1973. It follows a decline of about 20% in gasoline prices.

Pump prices soared in the first half of the year due to the war in Ukraine, reaching a record high of more than $5 per gallon (one gallon = approximately 3.78 liters) in mid-June, according to the association. of AAA motorists.

The surge in prices in recent months is also explained by the blocking of global supply chains and the massive stimulus measures taken by the government at the start of the COVID-19 pandemic.

Futures on Wall Street indices and European stocks rose after the data was released as expectations of a three-quarter point rate hike from the Federal Reserve were downgraded.

Futures on the federal funds rate now reflect the likelihood that the US central bank will raise rates by 50 basis points in September, rather than 75 basis points as estimated before the inflation figures were released.

On the US bond market, Treasury bond yields are down sharply, the two-year one – the most sensitive to expectations of changes in key rates – lost more than 16 basis points to 3.1253%, while the dollar amplified its decline against a basket of benchmark currencies.

The Federal Reserve, however, indicated that a slowdown in the CPI index over several months would be necessary before it ends the aggressive tightening of its monetary policy.

“With the CPI at 8.5% and core inflation at 5.9%, this is still not the significant drop the Fed is looking for. But it’s a start and we expect to see more signs broad reductions in pricing pressures over the coming months,” said Paul Ashworth, chief economist at Capital Economics.

The Fed’s rate hike path is of key interest to investors, businesses and consumers. Bank officials indicated last week that they would continue with rate hikes until there was strong and lasting evidence that inflation was on track to return to the 2% target.

Market: The ECB will raise its rates by half a point in December despite the risk of recession