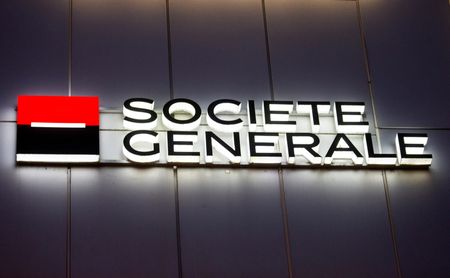 PARIS (Reuters) – Societe Generale’s board of directors decided on Friday to propose to the bank’s shareholders the appointment of Slawomir Krupa as chief executive, the group announced in a press release.

Slawomir Krupa, 46, a graduate of Sciences Po Paris, whose career is closely linked to SocGen, is to replace Frédéric Oudéa, who did not seek the renewal of his mandate in May 2023, after fifteen years at the head of the bank.

The board of directors “has unanimously decided to propose to the shareholders at the General Meeting of May 23, 2023 Slawomir Krupa as director in replacement of Frédéric Oudéa (…). Once elected, Slawomir Krupa will be appointed director General by the Board of Directors,” the statement said.

Slawomir Krupa started at the General Inspectorate of the bank in 1996 before leaving the group to found a start-up specializing in the field of e-finance in Eastern Europe.

This connoisseur of market activities returned to Société Générale in 2002.

After rising through the ranks, he was appointed in January 2021 Deputy Managing Director in charge of financing and investment activities (BFI), supervising in particular primary bond, securitization and leveraged financing activities, according to a note. Biography of SocGen.

“His first mission will be to finalize the major transformations underway, such as the merger of the networks in France, the acquisition of LeasePlan by ALD, the growth of Boursorama, the continued development of corporate and investment banking, refocused on its key businesses,” said Lorenzo Bini Smaghi, chairman of the board of directors, in the group’s press release.