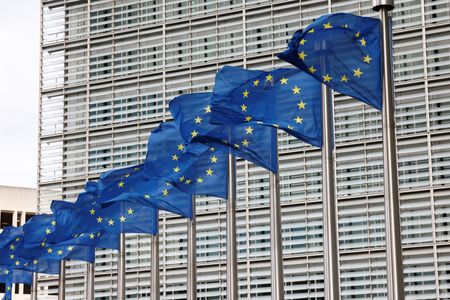 by Kate Abnett and Gabriela Baczynska

BRUSSELS (Reuters) – European Union countries agreed on Friday to impose a levy on windfall profits made by fossil fuel suppliers and began discussing further measures to tackle Europe’s energy crisis, the one of the avenues relating to a cap on the price of gas in the whole of the block.

Meeting in Brussels, the Ministers of the Twenty-Seven in charge of energy issues approved a set of measures presented this month by the European Commission and intended to contain the surge in energy prices, which are fueling inflation reaching record levels and threaten to cause an economic recession.

These measures consist in particular of a levy on the exceptional profits of fossil fuel producers made this year or next year. There are also plans for a levy on exceptional income earned by low-cost electricity producers thanks to high selling prices and a mandatory 5% reduction in electricity demand during peak consumption.

This step completed, the ministers then began to discuss additional measures, such as a cap on the price of gas demanded by some fifteen countries, including France, but which are opposed by other Member States, in the first place the ‘Germany.

France, Italy, Poland and 12 other countries asked the European Commission this week to propose a maximum price on the wholesale gas market in order to limit inflation.

Proponents of such a measure claim that it can be financed with the 140 billion euros expected from exceptional levies on energy producers.

Germany, Austria, the Netherlands and others fear, however, that such a cap could complicate gas purchases on the world market, as suppliers risk turning to other buyers willing to pay prices higher.

In the eyes of these countries, the risk is all the greater as winter is approaching and Russia has now almost completely stopped its gas deliveries to Europe following the sanctions imposed on it because of the conflict in Ukraine.