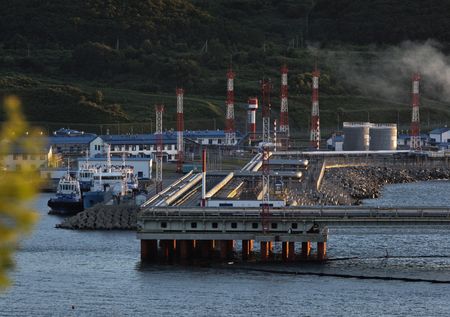 LONDON (Reuters) – The Organization of the Petroleum Exporting Countries (OPEC) on Wednesday lowered its forecast for global oil demand growth for this year and 2023, due to slowing economies, health restrictions against the COVID-19 in China and inflation.

In its monthly report, OPEC estimates that demand will increase this year at the rate of 2.64 million barrels per day (bpd), or 460,000 bpd less than what it previously anticipated.

The drop in the demand outlook sheds additional light on the decision taken last Wednesday by the cartel and its allies, OPEC+, to cut production by two million bpd, the largest decrease since 2020. The United States has criticized this decision.

“The global economy has entered a period of heightened uncertainty and growing challenges with continued high inflation, monetary tightening by major central banks, high sovereign debt levels in many regions as well as permanent supplies,” OPEC said in the report.

For 2023, the organization predicts demand will increase by 2.34 million bpd, or 360,000 bpd less than previously forecast.

For most of the year, OPEC+ gradually increased its oil production, which it had reduced in the face of the drop in demand linked to the health crisis.

The report shows OPEC production rose 146,000 bpd to 29.77 million bpd in September, thanks to supply from Saudi Arabia and Nigeria.

However, OPEC is pumping much less than what the OPEC+ agreement provides due to the underinvestment of some member countries in the oil fields.