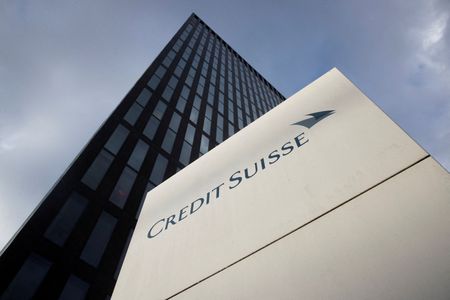 Other rating agencies have also expressed doubts about the restructuring plan, presented a week ago, which will lead Credit Suisse to cut thousands of jobs and redirect to wealth management.

“However, we see significant execution risks in a deteriorating economic and market environment that may negatively impact asset sales,” the agency said.

According to S&P, the weak operational performance in the third quarter shows that Credit Suisse’s banking franchise has weakened and the positioning of investment bank CS First Boston is unclear.

The main operating entity Credit Suisse AG and other main subsidiaries have their ratings changed to “A/A-1” from “A/A-2”. The outlook for credit ratings remains at “stable”.

Moody’s on Tuesday downgraded its rating on Credit Suisse AG’s long-term senior unsecured debt to “A3” from “A2” but maintained its credit rating for the entire banking group at “Baa2”.

Moody’s stressed that the outlook remains unfavorable due to the Swiss bank’s weakened liquidity position, negative pressures related to the delay in returning to profitability and risks related to the restructuring plan.

Facebook
Twitter
Pinterest
WhatsApp
Previous article
Poland is building a fence on the border with Russia – What Warsaw is afraid of
Next article
Sodexo: By refocusing on catering and building customer loyalty, Sodexo wants to boost its margins