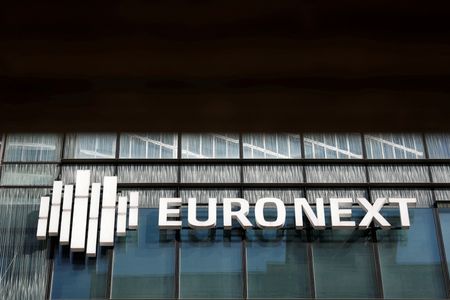 PARIS (Reuters) – The main European stock markets are expected to be moderately lower at the opening on Monday on dashed hopes that China will ease its policy against COVID-19.

Stock indices rose more than 2% on Friday on hopes of an easing of COVID-19 measures in China, but the country’s health officials on Saturday reaffirmed their commitment to a “zero COVID-19″ strategy. dynamic”.

The economic impact of China’s policy against the SARS-CoV-2 coronavirus was again highlighted in trade figures, which showed an unexpected drop in exports and imports in October, of 0.3% and 0, 7% respectively over one year.

Caution should mark the exchanges on the eve of the midterm elections in the United States, which will determine who from the Republican or Democratic camp will have control of Congress.

The coming week will also be important from a macro-economic point of view with the publication of monthly consumer price figures in the United States.

The New York Stock Exchange ended higher on Friday after the publication of the US employment report and statements by Federal Reserve officials in favor of a slowdown in monetary tightening in December.

The U.S. economy added more jobs than expected in September as the unemployment rate rose to 3.7% and average hourly wage growth slowed slightly year on year to 4.7% but accelerated to month-on-month, 0.3%.

“It was, overall, a pretty mixed report,” said Carol Kong, at Commonwealth Bank of Australia. “Judging from the market reaction, investors have been really focused on the rising unemployment rate, which may have led market participants to lower their expectations for the fed funds rate.”

The Nikkei on the Tokyo Stock Exchange ended up 1.21% in the wake of Wall Street.

The dollar gained 0.11% against a basket of benchmark currencies and the euro fell slightly, to $0.994,

On the bond market, the yield on ten-year US Treasury bills is unchanged at 4.1566%.

Oil prices are falling due to demand concerns in China.

Facebook
Twitter
Pinterest
WhatsApp
Previous article
Full moon and total lunar eclipse on Tuesday, November 8 – It will not be visible in our country
Next article
Who was Chrysostom II, founder of the Theological School of the Church of Cyprus