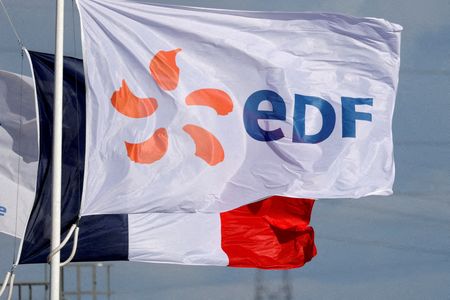 France: The AMF gives the green light to the State’s takeover bid on EDF

PARIS (Reuters) – The Autorité des Marchés Financiers (AMF) announced on Tuesday that it had declared in conformity the draft simplified public tender offer for EDF launched by the French government to allow the State to take up 100% of the capital. of the group.

This declaration of compliance, a key step in the process at the end of which the State wants to buy back on the market the 16% of the capital that it does not yet hold, took longer than expected due in particular to discussions with EDF on the subject conditions under which the group’s board of directors recommended the state’s offer, a source familiar with the matter told Reuters last week.

A majority of directors who took part in the vote judged on October 27 that the State’s offer at 12 euros per share and 15.52 euros per convertible bond (Oceane), allowed minority shareholders to sell their shares at a deemed fair by an independent expert.

But some minority shareholders, including employee shareholders, had challenged this vote, arguing in particular that the outgoing CEO, Jean-Bernard Lévy, had been appointed by the State and therefore should not have taken part in the vote.

The cost of EDF’s renationalisation is estimated at just over 9.6 billion euros.

The operation is supposed to allow the group to carry out its projects despite the limitation of electricity prices and the drop in its nuclear production.

Facebook
Twitter
Pinterest
WhatsApp
Previous article
Market: The weight of emerging debt at its highest again, warns the IIF
Next article
Live at 19:30 the speech of Kyriakos Mitsotakis in Patras