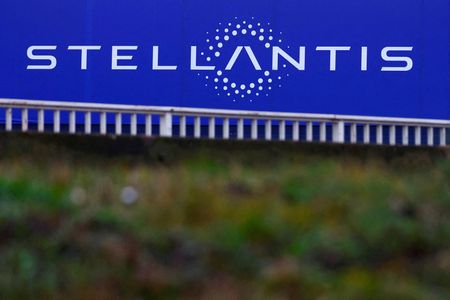 PARIS (Reuters) – Several thousand cars are currently waiting to be shipped to the Sochaux (Doubs) plant, one of the main production and distribution sites of the Stellantis group, which like the whole sector is facing problems. logistics and delivery.

The automotive industry is facing a combination of problems linked to a shortage of lorry drivers from Eastern Europe, due to the war in Ukraine, as well as undercapacity in the fleets of trucks and trains since the adjustments made during the COVID-19 pandemic.

Asked about the magnitude of this bottleneck, a spokeswoman for Stellantis replied that the number was changing daily and that teams were mobilized to improve deadlines.

Among the solutions tested, Stellantis offers dealers the option of picking up the vehicles ordered from the factory themselves to avoid saturation of the car parks.

“The problem had been brewing for several weeks because Sochaux is able to ship 800 vehicles a day, while the factory produces up to 1,100 daily,” said a union source. “The concern is that the factory management will end up using partial unemployment as an adjustment variable.”

Sochaux produces two of the group’s bestsellers, the Peugeot 3008 and 5008 SUVs.

Facebook
Twitter
Pinterest
WhatsApp
Previous article
‘We didn’t do anything big’, says Saudi midfielder after beating Messi’s Argentina
Next article
Petrou Filippidi’s trial: Two colleagues and friends of the actress who denounces an attempt to rape her in a theater testified