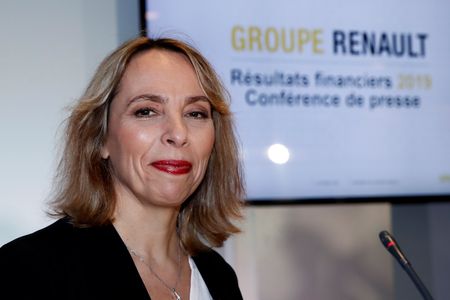 Renault: The craftsman of the transition Ghosn-de Meo leaves Renault

(Reuters) – Clotilde Delbos, managing director of Renault’s new mobility brand and one of the diamond group’s figures since the late Ghosn years, will leave the French carmaker at the end of the year, Renault said Wednesday, confirming information from a journalist from Le Monde.

In a statement, the group added that Fedra Ribeiro, a former Bosch and current chief operating officer of Mobilize, will take over as head of the subsidiary next January while Patrick Claude, Renault’s chief financial officer, will serve as interim chairman of the board. directors of the RCI Banque entity.

Artisan of the operational transition with the general manager Luca de Meo, after the disgrace of Carlos Ghosn, Clotilde Delbos was chief financial officer of Renault between 2016 and 2022, a period of turmoil and restructuring for the manufacturer.

“I believe (…) to have made my contribution to the recovery of the group”, declared Clotilde Delbos quoted in a press release. “Renault is now positioned at the forefront of the automotive industry and I am convinced that Mobilize and its teams will spearhead this.”

The automaker presented last month an ambitious reorganization around five pillars, including one dedicated to electric vehicles, and is engaged in long discussions to modify the structure of its alliance with Nissan.