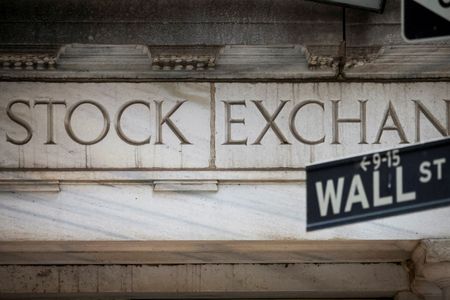 Wall Street: Caution on Wall Street with fears about growth and rates

PARIS (Reuters) – The New York Stock Exchange opened in dispersed order on Wednesday amid caution linked to fears of a recession in the United States after warnings to this effect from several major American banks which took precedence over the announcement of an easing of health restrictions in China.

The heads of Goldman Sachs, JPMorgan Chase and Bank of America warned on Tuesday that inflation would weigh on consumers’ purchasing power next year and that a recession was likely.

Pending new data on economic developments in the United States such as weekly jobless claims on Thursday and producer prices on Friday, the markets are currently pricing in a 91% probability of a rate hike from the Federal Reserve. (Fed) by 50 basis points, to 4.25%-4.50%, following its meeting on 14 December. They see rates peak in May 2023 at 4.95%, according to the FedWatch barometer.

“The market is realizing that the Fed may have to keep rates higher for longer than they had hoped and this is putting downward pressure on (equity) markets,” comments Jason Pride. , Chief Investment Officer at Glenmede.

The CBOE volatility index, which measures the nervousness of investors, took 2.16% to 22.65 points, the highest in two weeks, while fears about rates and growth have pushed the economy into the background. presentation this Wednesday by China of ten new measures to ease health restrictions related to COVID-19.

Technology stocks, Microsoft, Apple, Nvidia or even Tesla, sensitive to changes in the cost of credit, fell by 0.1% to 1.40%. Investors also continue to fear a drop in production by Tesla at its Shanghai factory.

Side financial publications, Campbell Soup ahead of 4.35% after raising its annual forecasts of turnover and profit.

Facebook
Twitter
Pinterest
WhatsApp
Previous article
EDF: The AMF extends the duration of the State’s takeover bid on EDF after a legal action
Next article
Over 10,000 applications for the free European Youth Card: What it is, what it is used for and how to get it