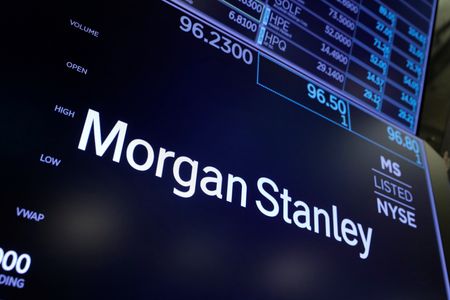 Market: Morgan Stanley intends to reduce the bonuses of its bankers in Asia

by Scott Murdoch and Kane Wu

SYDNEY/HONG KONG (Reuters) – Morgan Stanley plans to cut annual bonuses for its investment bankers by up to nearly 50% in Asia, two sources said, as the U.S. bank slashes costs to deal with difficult market conditions.

This measure could be implemented also in the United States and Europe, reducing the earnings of the most successful bankers who, in 2021, earned up to 20% more in bonuses, according to these sources.

According to a third source, bonus cuts at Morgan Stanley in Asia are expected to average 30% and lead to a drop of around 30% in the overall compensation of bankers in Asia, the other two sources said.

Bonuses are an important part of bankers’ compensation and are usually tied to the performance of business units and individuals.

Morgan Stanley, which does not release details of bonus payments, declined to comment. The sources interviewed asked to remain anonymous, citing the confidential nature of this information.

Many banks around the world are suspending investment activities due to rising interest rates and a weak economic outlook, with the United States heading into a short and shallow recession over the next year.

Investment banking revenues are now under pressure after last year’s record profits from their M&A and IPO advisory business as COVID-19 restrictions were gradually lifted .

Citigroup and Bank of America are also considering cutting their bonuses by 30%, sources told Bloomberg Law earlier this month.

According to projections released last month by a New York consultancy, Johnson Associates, Wall Street investment bankers can expect much smaller bonuses this year due to the slowing economy.

Discussions about pay and performance at Wall Street banks typically begin in December, with overall bonuses being finalized by the end of the year.

In Asia, the biggest bonus cuts at Morgan Stanley will be felt in areas such as capital markets activities, which are more exposed to volatility in global financial markets.

The bank has so far cut about 2% of its workforce, or some 1,600 positions, Reuters reported last week.

In Asia, around 50 investment banking positions were cut in 2022, the first two sources said. More than 90% of those cuts were made in Morgan Stanley teams in China, both onshore and offshore, one added.

The MSCI index comprising stocks from Asia and the Pacific (excluding Japan) has fallen by around 18% this year. IPOs in Hong Kong, a key source of revenue for foreign banks in the region, are also at their lowest in 2022 for a decade, Refinitiv data shows.

Facebook
Twitter
Pinterest
WhatsApp
Previous article
Budget Rapporteur defines how much each folder will receive with Transition PEC; see the values
Next article
Pelé’s daughter arrives in Brazil to follow treatment and publishes photo in hospital