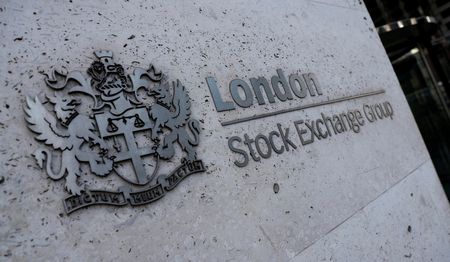 PARIS (Reuters) – European stock markets ended Thursday’s session down sharply after more offensive announcements from the major central banks in an attempt to bring down inflation for a long time.

At the end of their last meeting of the year, the Federal Reserve and the European Central Bank insisted on their determination to continue their fight against rising prices.

After the Fed on Wednesday, whose members anticipate on average a rise in rates to more than 5% in 2023, a higher level than expected, it is the ECB’s turn to have dampened investors’ hopes of a real “pivot” in the rate hike cycle.

Although the Frankfurt institution reduced the scale of its rate hike to 50 basis points, it stressed that the tightening of its policy should be prolonged as its new economic forecasts show that the rise in prices in the euro zone could stay above 2% until 2025.

“The message from the ECB was clearly ‘hawkish’, reflecting a surprisingly large upward revision to full-horizon inflation projections and growth projections which we believe remain overly optimistic,” Marco said. Valli, head of research at UniCredit.

Yields on eurozone government bonds jumped after the ECB’s announcements, benefiting from the central bank’s firmness on inflation.

That of the ten-year German ended the day up 17 basis points to 2.083%, its highest closing level for a month, and its French equivalent at 2.591%.

On the American market, the ten-year is down to 3.4518% with a series of disappointing economic indicators.

The euro took advantage of the ECB’s announcements to hit a six-month high of over $1.07, before falling back to around 1.0636.

The greenback is up 0.73% against a basket of international currencies.

The pound fell 1.76% against the dollar after the Bank of England’s expected half-point rate hike, whose statement revealed a growing divide between its committee members.

“While it’s normal to see officials at odds near the end of a rate cycle, the split makes it harder to predict how far interest rates will rise,” said Philip Shaw, chief economist at Investec.

The technology sector, whose players are particularly sensitive to changes in interest rates, suffered one of the biggest drops of the day. Worldline lost 6.77% and STMicroelectronics 4.88%.

The luxury industry groups LVMH, Hermès and Kering fell 3.55% to 5.57% in response to Chinese economic indicators below expectations.

Facebook
Twitter
Pinterest
WhatsApp
Previous article
The inspections of the SDOE brought out “seabass”: in the “lens” the circles of illegal trade in fuel and fraud with e-shop purchases
Next article
BC president says it is possible to spend a little more if there is good communication

Solutions 30 se: The Solutions 30 group is back on the path to growth and the favor of the Stock Exchange

Market: JPMorgan seeks to finance Italy’s Serie A to the tune of €1bn, sources say