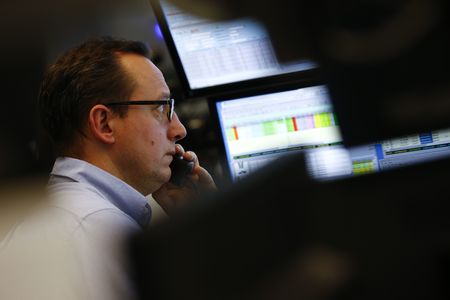 PARIS (Reuters) – European stock markets ended the day higher on Thursday, the rebound on Wall Street having enabled them to amplify their progress at the end of the session.

The latter erases much of the losses suffered over the previous two sessions, the easing of US bond yields benefiting technology and growth stocks.

The further announcement of a modest increase in jobless claims last week in the United States was welcomed as it suggests that the Federal Reserve’s offensive monetary policy is having the desired effect.

It was enough for investors to motivate a hunt for bargains at the end of the year and hide concerns related to the recession, the COVID-19 epidemic in China or even inflation.

The largest sectoral increase of the day in Europe is for the technology compartment (+ 2.04%) and the largest drop for that of basic resources (-0.4%).

In Paris, STMicroelectronics and Dassault Systèmes took 2.13% and 2.22% respectively, among the best performers within the CAC 40.

Investors’ renewed appetite for risk penalized the dollar: the greenback dropped 0.51% against a basket of benchmark currencies. The euro thus rose to 1.0664 dollars against 1.0608 at the close on Wednesday.

In the US bond market, yields are down after the US jobless claims figures. The ten-year fell to 3.8372%, down five points on the session.

Eurozone benchmark yields ended the day slightly lower: that of the ten-year German Bund fell around four basis points to 2.463%.

The oil market is trending lower as rising COVID-19 cases in China may jeopardize the recovery in crude demand.