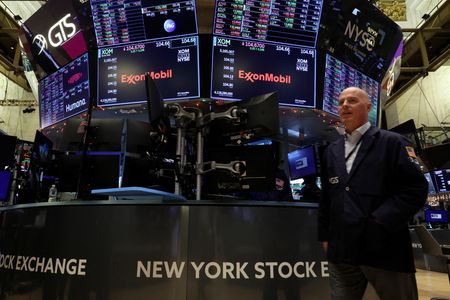 Europe: Europe stable before inflation in the euro zone and US employment

PARIS (Reuters) – The main European stock markets are trading on a generally stable note on Friday morning the day after a close in the red, the context being cautious before the publication of inflation figures in the euro zone and the monthly report on the employment in the United States.

Futures contracts on the main American indices predict a rebound of 0.12% for the Dow Jones, 0.15% for the Standard & Poor’s 500 and 0.04% for the Nasdaq while the indices were penalized the watch by the ADP survey which showed that the private sector had created more jobs than expected in December in the United States.

The official Labor Department report is due out at 1:30 p.m. GMT. The Reuters consensus forecasts 200,000 job creations in December against 263,000 the previous month, an unemployment rate stable at 3.7% and a slowdown in wage growth to 5.0% over one year and 0.4% month on month. .

In the meantime, retail sales in Germany rose more strongly than expected in November, by 1.1% over one month, but German industrial orders contracted much more sharply than expected, while in France, household consumption expenditure posted a slight increase of 0.5% in November after a drop of 2.7% in October.

On the stock market, the rise on the Stoxx 600 is led by the basic resources compartment (+0.93%) and that of energy (+1.03%), the latter being driven by the drop in crude stocks in the United States last week.

The automotive index, weighed down in particular by Volkswagen (-2.2%) and BMW (-1.89%), shows the largest sectoral decline.

In the results of companies, Sodexo fell by 3.34% despite a turnover in the first quarter of its 2023 financial year that exceeded expectations.

Facebook
Twitter
Pinterest
WhatsApp
Previous article
Sodexo: Thanks to a recovery in post-Covid activity, Sodexo confirms its 2022-2023 annual objectives
Next article
Record number of applications for patent registration in 2022 in Greece