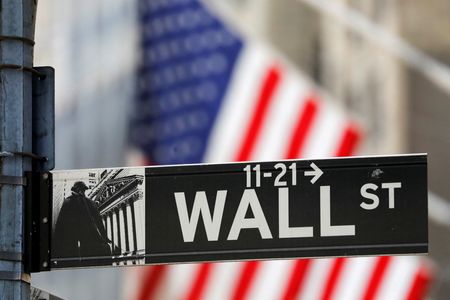 PARIS (Reuters) – The New York Stock Exchange moved in mixed order on Monday at the start of an important week in terms of corporate results while Salesforce stood out, which helped to limit the decline of the Dow Jones index .

A series of corporate results are expected in the coming days and will provide a test for equity indices.

In the next two weeks, companies that represent more than half of the valuation of the S&P 500 will publish their quarterly accounts, such as Microsoft, Tesla, IBM and Intel.

Financial analysts are anticipating a decline of around 2.9% in benchmark earnings over the October-December period, according to IBES Refinitiv data.

Investors are also waiting for the fourth quarter US GDP to get a clearer picture of the impact of the Federal Reserve’s aggressive rate hikes on the economy.

On the upside, Salesforce gained 2.04%, the best performance of the Dow, after information on a major stake in the Elliott fund.

Facebook
Twitter
Pinterest
WhatsApp
Previous article
US doctors recommend medication and bariatrics in children with obesity
Next article
Panathinaikos: Tickets for the rematch with PAOK go on sale tomorrow (24/01)