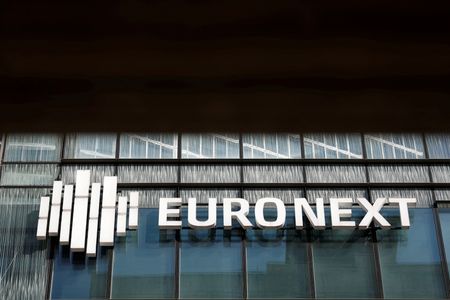 Market: Rise in Europe, as on Wall Street, thanks to hopes on the Fed

PARIS (Reuters) – European stock markets ended in the green on Monday and Wall Street was up, buoyed by hopes of a less offensive Federal Reserve in the pace of its monetary tightening at its meeting next week.

At the time of the close in Europe, Wall Street was moving in the green after a hesitant start: the Dow Jones gained 0.92%, the Standard & Poor’s 500 took 1.22% and the Nasdaq Composite advanced 1.81%.

Money markets are pricing a 97.8% chance of a Fed rate hike of just a quarter point on Feb. 1 and lowering their terminal rate estimate to 4.906% in June, below the median forecasts from US central bank officials.

“The market is still quite buoyant right now,” said Peter Chatwell at Mizuho, ​​adding that markets are supported by the idea that inflation in the United States has peaked, which should allow the Fed to be less aggressive and a soft landing for the economy.

Market operators will follow on Tuesday the publication of the results of the S&P surveys of purchasing managers in Europe and the United States, which should show less marked contractions in activity, according to Reuters consensus.

The coming week will also be driven by the first estimate of US GDP in the fourth quarter, the US “core PCE” price index and results from leading companies, such as LVMH, ASML, Microsoft and Tesla.

With the rise of the Nasdaq, the European technology index (+2.2%) posted the biggest increase of the day.

In Paris, Atos took 2.03%, boosted by information from the Journal du Dimanche according to which the French group Astek has expressed its interest in a takeover of the future separate entity Evidian, which will notably bring together the coveted Big Data and Security division. (BDS) of Atos.

The prospect that the ECB will stay the course in its rate hike offered support to the euro, which touched a high since April at more than 1.09, before stabilizing at 1.0862 dollars.

Peter Kazimir, member of the Board of Governors, echoed the words of his colleague Klaas Knot by saying that the institution should proceed with two further rate hikes of half a basis point each despite the easing of inflation.

“The combination of a climate conducive to risk-taking in the stock market and the divergence between the Fed and the ECB has taken the euro to a higher high,” said Marc Chandler at Bannockburn Global Forex.

The greenback is almost stable against a benchmark basket.

On the bond market, the ten-year German yield rose in the morning to 2.2%, the highest in a week, before ending around 2.199%.