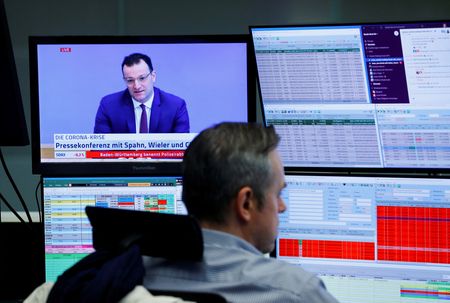 PARIS (Reuters) – The main European stock markets are expected to rise slightly on Tuesday at the opening, the optimism still prevailing about a less severe global economic slowdown than expected and a peak already passed on inflation, which should allow central banks, in particular the Federal Reserve (Fed), to slow the pace of their monetary tightening.

Recent economic indicators that were less degraded than expected have raised hopes that the economic slowdown expected this year will be less severe than feared, allowing a stock market rally at the start of the year.

Despite still restrictive remarks from American and European central bankers, investors are also convinced that the slowdown in inflation will allow central banks to carry out lower rate hikes.

They estimate that the Fed will decide next week, at the end of its monetary policy meeting in February, to raise rates less than the previous ones, by 25 basis points.

To support their optimism on the economic outlook, market operators will follow this Tuesday the publication of the results of the S&P surveys of purchasing managers in Europe and the United States, which should show less marked contractions in activity, according to the Reuters consensus.

The week will also be driven by the first estimate of US GDP in the fourth quarter, the US “core PCE” price index and results from leading companies, such as LVMH, ASML, Microsoft and Tesla.

The New York Stock Exchange ended sharply higher on Monday in the wake of gains recorded by major technology stocks, which are benefiting from renewed interest after a turbulent year 2022.

“The outperformance of tech stocks seems to indicate that investors are increasingly convinced that the Fed will soon have to consider cutting rates before the end of the year,” said Michael Hewson, head of market analysis at CMC Markets UK. .

The Tokyo Stock Exchange ended up 1.46%, in the wake of the technological compartment on Wall Street, erasing the losses suffered since the last monetary policy meeting of the Bank of Japan.

For its part, the yen climbed 0.4% against the dollar to 130.10 after two sessions of sharp decline.

Consequently, the dollar index, which measures the evolution of the greenback against a basket of reference currencies, fell by 0.3%.

On the bond market, movements are currently limited: the yield of ten-year Treasuries stands at 3.5134% and that of the German Bund with the same maturity at 2.2010%.

Crude prices are evolving without much change, with the reopening of China, which gives hope for a recovery in demand for oil, still constituting a major support since the start of the year.

The barrel of Brent fell by 0.07% to 88.13 dollars and that of American light crude being almost unchanged at 81.59 dollars.