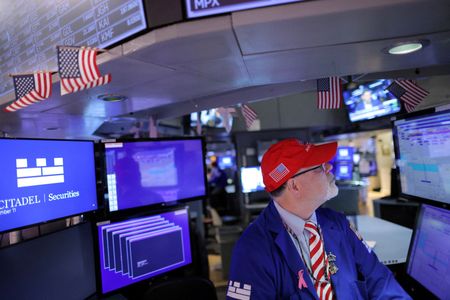 NEW YORK (Reuters) – The New York Stock Exchange ended in mixed order on Tuesday after a tumultuous day, as a series of mixed quarterly results dampened the positive momentum of the past few days and the start of the session was disrupted by a technical problem that affected dozens of titles.

An investigation has been opened by the Securities and Exchange Commission (SEC), the American stock market policeman, into the technical incident which affected more than 80 securities and caused confusion on the initial prices.

The three main indices of Wall Street have long made slight movements of sawtooth, without moving really upwards or downwards. Only the Dow Jones finally settled in the green.

While the giant Microsoft published its results after the close, the earnings season is in full swing this week. Of the 72 S&P-500 companies that have now released theirs, 65% beat the consensus.

Analysts on average expect quarterly profits to fall 2.9% year on year, while the consensus was -1.60% on January 1, according to Refinitiv data.

The US Federal Reserve (Fed) is expected to “dissect the results and assess the state of the economy, given the issue of rate hikes, among others,” commented Tim Ghriskey, portfolio strategist at Ingalls & Snyder, At New York.

“We’re getting closer to the point where the Fed will see enough progress in fighting inflation to halt the (rate) hikes and that’s why markets have been reacting positively lately,” he said.

Among the major sectors of the S&P-500, industrials rose while communication services ended in the red.

On the stock side, Alphabet, Google’s parent company, fell 2.1% after the US Department of Justice announced legal action against the search engine, accusing it of anti-competitive practices in online advertising.