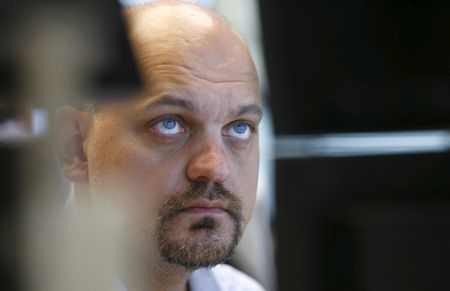 Market: Hesitation on equities, the ECB urges caution in Europe

PARIS (Reuters) – European stock markets ended in disarray on Tuesday after a flat session, as risk appetite was tempered by next week’s monetary policy meeting of the European Central Bank (ECB). whose markets are anticipating a further sharp rise in rates.

Early results from IHS Markit’s monthly PMI surveys suggest that the eurozone economy could avoid a deep recession this winter, which analysts say could provide comfort to the ECB to stay on course with its monetary tightening, without overdoing it. fear of harming growth.

According to economists polled by Reuters, the ECB will hike rates by 50 basis points at the next two meetings.

The Fed, which also meets next week, should ease off on the pace of its monetary tightening, according to market expectations, with a rate hike of 25 basis points on February 1.

But that prospect is no longer succeeding in satisfying the US market as the quarterly releases of major corporations gain in intensity.

At the time of the close in Europe, the main New York indices were down around 0.1%, the industry flagships 3M (-5.10%), Johnson & Johnson (-1.24%) and General Electric (-0.26%) having warned that the coming year would be economically difficult.

In Europe, Dassault Aviation fell 4.22%, penalized by the lowering of the board of Exane BNP Paribas to “neutral”. Swatch Group gained 5.06% as the watch group said it was optimistic about the recovery of the Chinese market after its overall sales rose 2.5% in 2022.

In bond markets, US Treasury yields are falling on the prospect of a moderation in monetary tightening from the Fed: the ten-year by five basis points to 3.4821%.

FOREIGN EXCHANGES The dollar fell slightly against a basket of benchmark currencies and the euro was stable at 1.0869 dollars.

With doubts about the economic outlook, the oil market sees red: the barrel of Brent fell by 1.92% to 86.5 dollars and that of American light crude (West Texas Intermediate, WTI) by 1.78% to 80 .17 dollars.