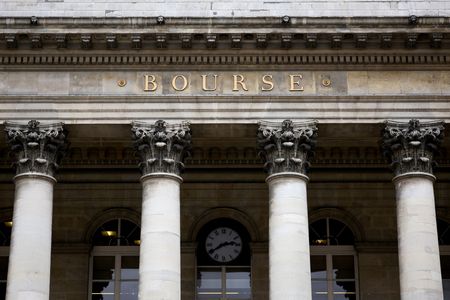 Market: Caution in sight in Europe, the recent rally is running out of steam

PARIS (Reuters) – The main European stock markets are expected on a cautious note at the opening on Wednesday in a context of arbitrage between profit-taking and a timid increase in risk appetite as central bank decisions approach and before a new burst of corporate results.

As in previous sessions, the trend should once again be hesitant, with slight variations up or down, after a euphoric start to the year, buoyed by the hope of a lull in interest rates central banks and the prospects for the reopening of the Chinese economy.

“It seems markets are increasingly seduced by a ‘Goldilocks’-shaped way out,” Mizuho analysts wrote in a note, referring to financial jargon describing a market environment. “neither too hot nor too cold”, characterized by weak growth and contained inflation.

Pending the publication next week of monetary policy decisions from the European Central Bank (ECB) and the US Federal Reserve (Fed), investors are focused this week on macroeconomic indicators. Eurozone PMI activity, released on Tuesday, showed unexpected growth in January, which could ward off the threat of a severe recession in the bloc.

In the United States, data on the GDP estimate for the fourth quarter will be released on Thursday, while the statistics for household income and expenditure in the United States, which includes the “core PCE” consumer price index, are scheduled for Friday.

For the day’s session, apart from the Ifo index of the business climate in Germany at 09:00 GMT, no major indicator is on the agenda.

As for corporate financial publications, the season continues with Alstom and ASML in Europe, while in the United States Tesla, Boeing and IBM, among others, will deliver their fourth quarter results.

These results are particularly watched because they should reflect the impact of the rise in the cost of credit: analysts expect for the companies of the S&P-500 a fall in their profit of 2.9% over one year in the fourth quarter, according to data from Refinitiv.

The New York Stock Exchange ended in disarray on Tuesday after a tumultuous day, as a series of mixed quarterly results dampened the positive momentum of the past few days and the start of the session was disturbed by a Technical problem.

An investigation has been opened by the Securities and Exchange Commission (SEC), the American stock market policeman, into the technical incident which affected more than 80 securities and caused confusion on the initial prices.

Microsoft took 4% in non-session trading after the publication of its results, while 3M (-6.21%) disappointed.

Financial markets in China are still closed on Wednesday for the Lunar New Year festivities.

The MSCI index comprising stocks from Asia and the Pacific (excluding Japan) rose 0.4% to a seven-month high, with the Kospi in Seoul gaining 1.37% on the resumption of trade in South Korea. South after the break since Lunar New Year Friday.

The yield on ten-year US Treasuries was almost unchanged, posting at 3.45% after falling nearly six basis points on Tuesday.

That of the German Bund of the same maturity ended down Tuesday by four points, at 2.159%.

At foreign exchange, the index measuring the fluctuations of the dollar against a basket of reference currencies dropped 0.04%.

Against the euro, the note lost 0.18% to 1.0905 dollars, the single European currency being close to a nine-year high against the American currency, supported by PMI figures in the euro zone.

The pound sterling is practically stable at 1.2334 dollars (+0.05%) after its decline on Tuesday linked to a contraction in the composite PMI index in January in the United Kingdom, which fell to its lowest level in two years.

Oil prices are generally stable after their decline the day before, linked in particular to preliminary data indicating a stronger than expected rise in crude inventories in the United States.

(Some data may show a slight shift)

Facebook
Twitter
Pinterest
WhatsApp
Previous article
Igoumenitsa: Crazy chase in Egnatia for a car with drugs that was going in reverse
Next article
Space: Impressive photo of Earth as seen from the Moon