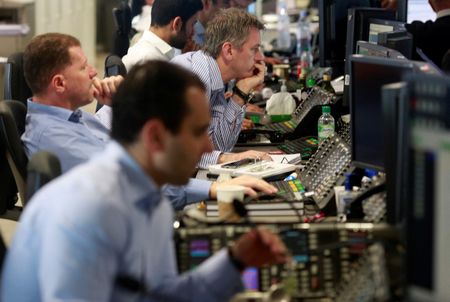 Europe: Stable opening in Europe after a burst of company results

PARIS (Reuters) – The main European stock markets opened on a stable note on Wednesday morning after the publication of a new burst of results variously appreciated in Europe and before the financial accounts of large American groups like Tesla, while next week will be marked by the monetary policy decisions of the major central banks.

Futures contracts on the main American indices predict a decline of 0.3% to 0.5% for the Dow Jones, the Standard & Poor’s 500 and the Nasdaq the day after a mixed session marked in particular by the plunge. of 3M (-6.21%) and a technical incident which affected more than 80 titles.

Pending announcements next week from the European Central Bank (ECB) and the US Federal Reserve (Fed), corporate earnings and outlook allow investors to gauge the impact of the rising cost of credit and the deterioration of the situation.

Tesla, Boeing and IBM, among others, will deliver their fourth quarter results on Wednesday.

According to data from Refinitiv, earnings for S&P-500 companies are expected to decline 2.9% year on year in the fourth quarter. In Europe, a modest 10.7% year-on-year increase is expected over the last three months of 2022 compared to a jump of 59.2% a year ago over the same period, again according to Refinitiv data.

Among the major compartments of the European dimension, a majority evolves in the red, new technologies (-0.84%) being at the back of the pack, while the automobile stands out positively (+0.12%) with in particular Renault (+1.44%), which benefits from Bernstein’s recommendation being raised to “superformance”.

Alstom, whose title is volatile after the publication of quarterly results marked by strong orders in Europe, gained 0.89%.

In Amsterdam, the semiconductor supplier ASML fell by 1.66% despite quarterly results that exceeded expectations. Credit Suisse analysts argue that the stock has already gained 22% since January and nearly 55% since its October low.

In Zurich, the financial publications of the Swiss manufacturer of perfumes and aromas Givaudan (-0.68%) and the pharmaceutical group Lonza (-0.60%) disappointed.

EasyJet’s forecast (+9.78%) is on the other hand welcomed in London, the airline having declared that its annual profit will exceed market expectations.

Facebook
Twitter
Pinterest
WhatsApp
Previous article
Microsoft: Teams and Outlook “crashed” – Problem for thousands of users
Next article
Ten Haag: “We want to build the best team in the world”