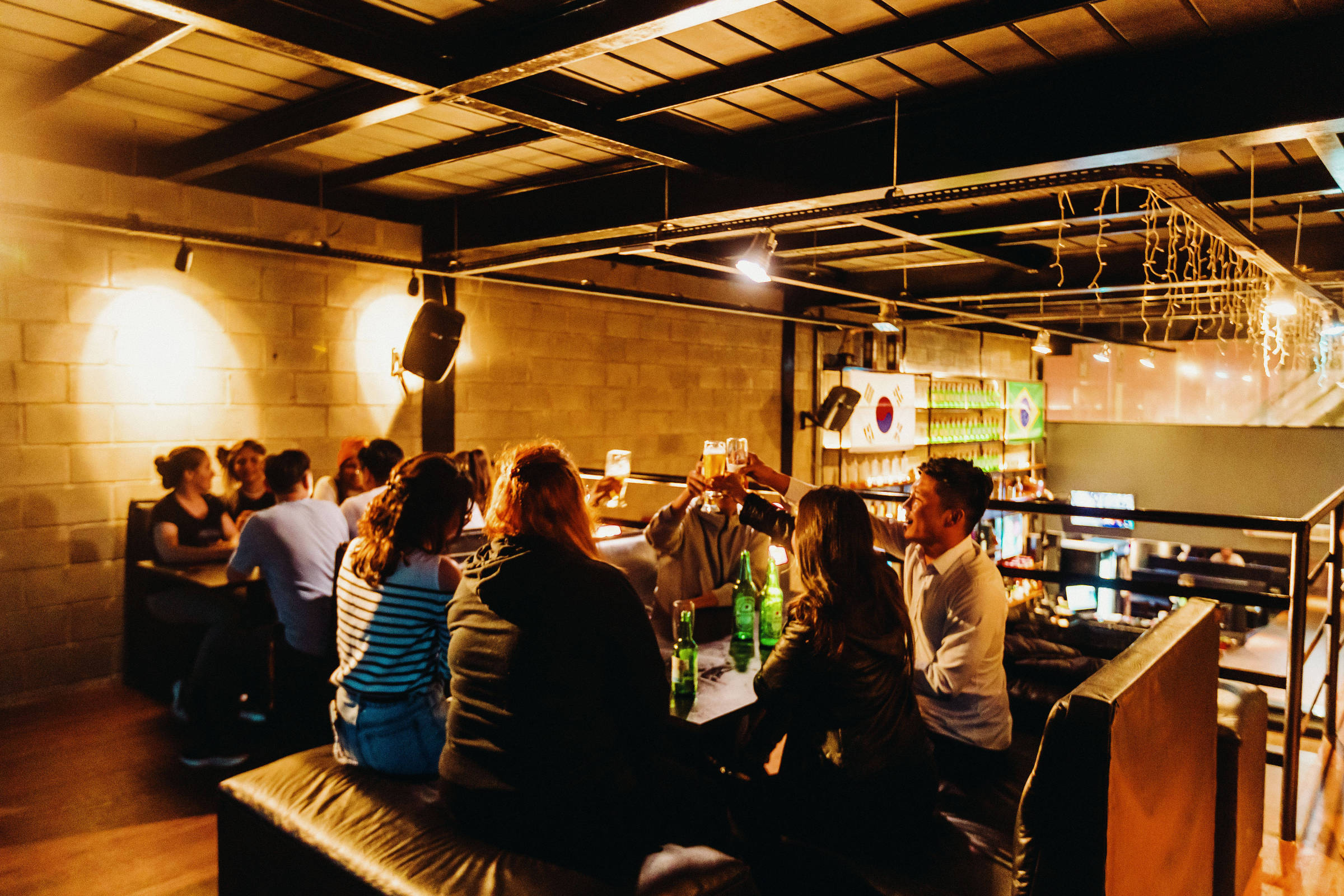 Discover Wabar, a bar where Brazilians and Koreans meet in a flirtatious mood

Last Saturday night, the 28th, girls between the ages of 18 and 20 walked up and down the aisles of a pub in Bom Retiro, always looking sideways at a tall young man, with Asian features, sitting at one of the tables. .​

He is Brazilian, but his parents are Korean. “Before, I was the exotic. Today, I’m the beautiful, the hot”, says Gabriel Kim, a 28-year-old digital influencer. “I think that’s great,” says he, who is a regular at Wabar, a bar that has become a hotspot for Koreans and Brazilians in the city of São Paulo.

The scene repeats itself every week, but it wasn’t always like that. When it appeared, in late 2016, the South Korean-inspired bar was frequented only by descendants and immigrants. Until the space was discovered by Brazilians — especially Brazilian women. “After BTS came to Brazil, a lot of young people started coming,” says Samuel Lee, the owner, who said he needed to redouble his attention to bar minors from entering.

“During the pandemic, many watched Korean series and K-dramas and went looking for places to get to know the cuisine – and also the Koreans”, says he, who immigrated with his family from South Korea to Brazil in 1986, at the age of six. deity.

Today the mother runs the kitchen and prepares the typical dishes and snacks of pojang machas, as the botecos are called in the Asian country. Gyozas, fried chicken and topokki, a type of gnocchi with rice dough covered in cheese and pepper sauce, come out of the pans.

Hidden by a small black door, next to a restaurant, Wabar can easily go unnoticed. The doors open at 5 pm, revealing a cool and spacious lounge after the stairs.

On the walls, boards display photos of Korean actors and singers, while screens broadcast K-pop clips — it is common to have someone singing and dancing the choreography in the hallways.

The space has two flags, that of Brazil and South Korea, with bottles of drinks between them, such as soju, a traditional Korean distillate, with an alcohol content that starts from 13% and reaches 17% — and, at least over there. , is primarily responsible for bringing the two countries closer together.

During the week, those who appear there are usually families. On Fridays and Saturdays, young people enter the scene, who exhaustively repeat the scene that opens this text. On these days, the audience is mostly made up of Brazilian girls and Korean boys or boys of Korean descent, all between 18 and 30 years old.

The girls’ looks seem to have come straight out of k-pop videos, with short skirts and shorts, colorful hair and cat-eye makeup. Boys also abuse the aesthetic, wearing long bangs.

“There are a lot of people who go with the expectation of finding a future candidate to live a drama romance”, says digital influencer Sabrina Habren, 29, referring to the Korean series.

But the reality can be quite different from what k-pop and k-dramas show, the country’s soap operas, which always portray gentlemen and good men. “The idea that Asians are puritanical is a myth,” continues Sabrina.

There’s a whole dynamic to flirting, she explains. Girls stroll in groups, while boys watch them from tables. Until they make a procession and invite the girls for a drink.

They know they are popular and take the opportunity to flirt. “Korean celebrities have sparked this interest in Asians,” says Victor Kim, 27. “But I’m worried because people end up looking for me just because of my appearance — not who I am.”

They even coined a term for it in Brazil: maria kimchi —kimchi is the name of a typical Korean dish— or maria hashi, in an adaptation, generally derogatory, of the famous maria chuteira.

It’s after 10pm that the place takes on a ballad vibe. When the music gets louder and the soju shots are poured, everyone mixes up and it’s possible to cross paths with Brazilians risking words in Korean and Asians rehearsing sarradas in the air. That’s when the making out begins.

It’s like we’re in a k-drama. On the mezzanine floor, a young woman with colored hair laments that her crush, an 18-year-old of Korean descent, doesn’t pay any attention to her. This same boy is the subject of another group of girls in line for the bathroom, who try to get his attention, generating scenes of jealousy.

When the lights are on and the bar closes, officially at 1 am, but almost always after that, the way is to continue the flirtation in the karaokes that go through the night in the neighborhood, following the Korean custom of drinking and then letting out the voice in some dirty feet. But that’s another conversation.