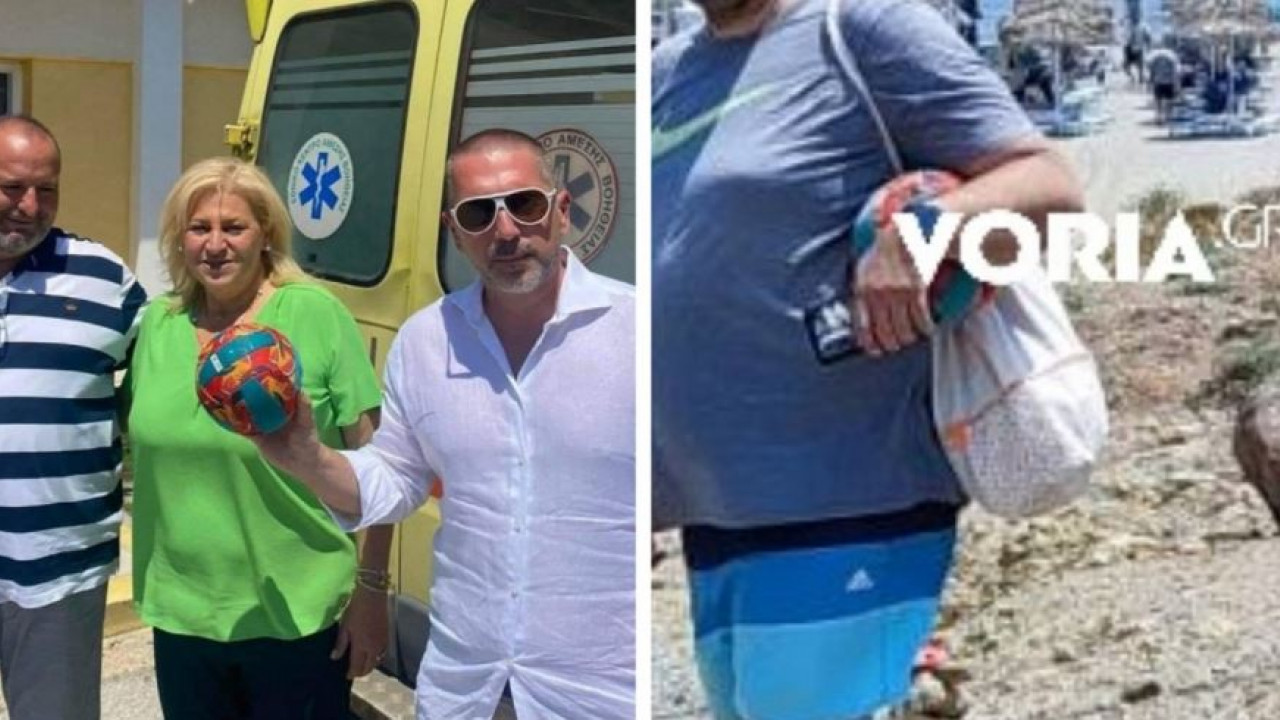 Halkidiki: The ball that saved the 30-year-old was allegedly lost by 2 children in Lemnos

The case with the ball seems to be taking an unimaginable turn when, as another… Wilson, saved the life of 30-year-old Ivan from North Macedonia which was fighting with the sea waters for 18 hours off Kassandra, in Halkidiki.

The 30-year-old managed to keep the ball on the surface of the water for many hours, he managed to take precious breaths of rest and not bend over from the exhausting, long-hour swimming, reminiscent of scenes from the famous film Cast Away (“The Castaway”) starring Tom Hanks.

The incredible thing about the story of the ball, miraculously found in front of Ivan, is that it went missing from Evgati beach in Lemnos, in June 30! According to information from Voria.gr, two young children, 6-year-old Thanos and 11-year-old Tryfon from Thessaloniki, had gone with their parents to the specific beach where they had been for their summer vacation. There, the two children were playing with their favorite ball until at some point it got out of their control and was pulled away by the sea currents… In fact, a swimmer who happened to be at the scene at that moment tried to catch it, but without result. Their mother saw the photo with the ball on Voria.gr and recognized that it is the same as the one her children had lost in Lemnos!

The ball, which is leather and about the size of a handball, although it was half-inflated, the 30-year-old said, managed to help him stay alive. Perhaps, after all, this ball that was lost in Lemnos was also his birthday present, for the celebration of which he had come together with two more of his friends from North Macedonia, to Poseidi, who were also swept away by the waters at Myti beach. After all, Ivan, who dived into the sea to save his two friends, said as soon as he stepped ashore he said that being rescued was the best gift of his life.

The first of the three friends was quickly located and now the focus is on locating the 28-year-old, the third of the group from North Macedonia. The young man is an inexperienced swimmer and has already been in the sea for about 40 hours, with hopes dwindling as the hours pass. However, as the story with Ivan and the ball of Thanos and Tryphon showed, hope dies last.

In the photo, Thanos and his parents:

Facebook
Twitter
Pinterest
WhatsApp
Previous article
Mitsotakis: Let Erdogan take a position on Bakhtseli’s antics
Next article
Stournaras: The conditions are ripe for the revision of the Stability Pact