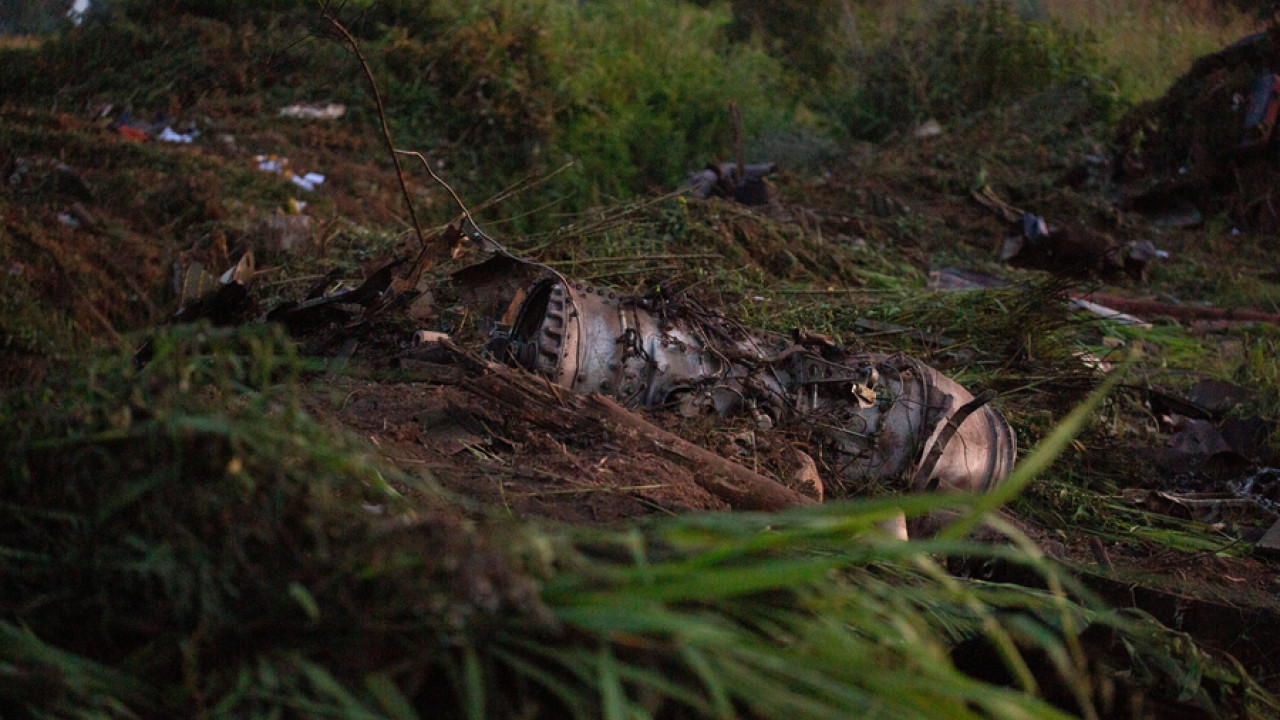 The head of the operational team, Marios Apostolidis, said that the on-site investigation “found instability in the field, as there are smoke and intense heat, but also a white substance of unknown origin, however the measuring instruments did not show anything alarming”.

With the first light of day, the efforts of the Fire Department and men of the armed forces began to investigate the spot where an Antonov aircraft crashed last night, in the community of Antifilippi of the municipality of Pangaios, west of Kavala.

According to the Major General of the Fire Department, Mario Apostolidishead of the operational team, “men from the fire service with special equipment and measuring instruments approached the site of the impact of the aircraft and saw closely the fuselage and other parts of it scattered in the fields”.

Mr. Apostolidis underlined that the on-site investigation “found instability in the field, as there are smoke and intense heat, but also a white substance of unknown originhowever the measuring instruments did not show anything alarming.

The next stage is to raise a drone to survey the entire area where the aircraft went down.

Once it is established that there is stability in the field and there is no risk to the safety of the men assisting the operation, the whole process will begin.”

Mr. Apostolidis underlined that overall they are trying 13 men from the 2nd and 4th EMAK and 26 firefighters from Eleftheroupolis, Kavala and Drama.

He emphasized that last night’s strict recommendation to avoid the wider area where the plane crashed still applies to the residents of the settlements.

He also pointed out that from the first images, it appears that many parts of the aircraft are scattered in different places in rural areas.

He insisted that no process would proceed unless it was first established that the site was completely safe for the men who would be operating there.

The mayor of Pangai, Philippos Anastasiadis, reported to SKAI that the aircraft carried ammunition. He said that the possibility of evacuating the settlement of Antiphilippi is being considered, in order to carry out the investigations without interruption, but also to protect the health of the citizens.

According to what the envoy of SKAI, Christos Hatzimisis, broadcasts in the area there is a strange smellthat is why a message was sent from 112 to the residents to stay in their homes with closed doors and windows and to keep the air conditioners off so that air from outside does not enter their homes.

Facebook
Twitter
Pinterest
WhatsApp
Previous articleInternational markets are concerned about energy sufficiency in Europe
Next articleHatzidakis: 94% of the main pensions for the years 2016-2022 have been issued