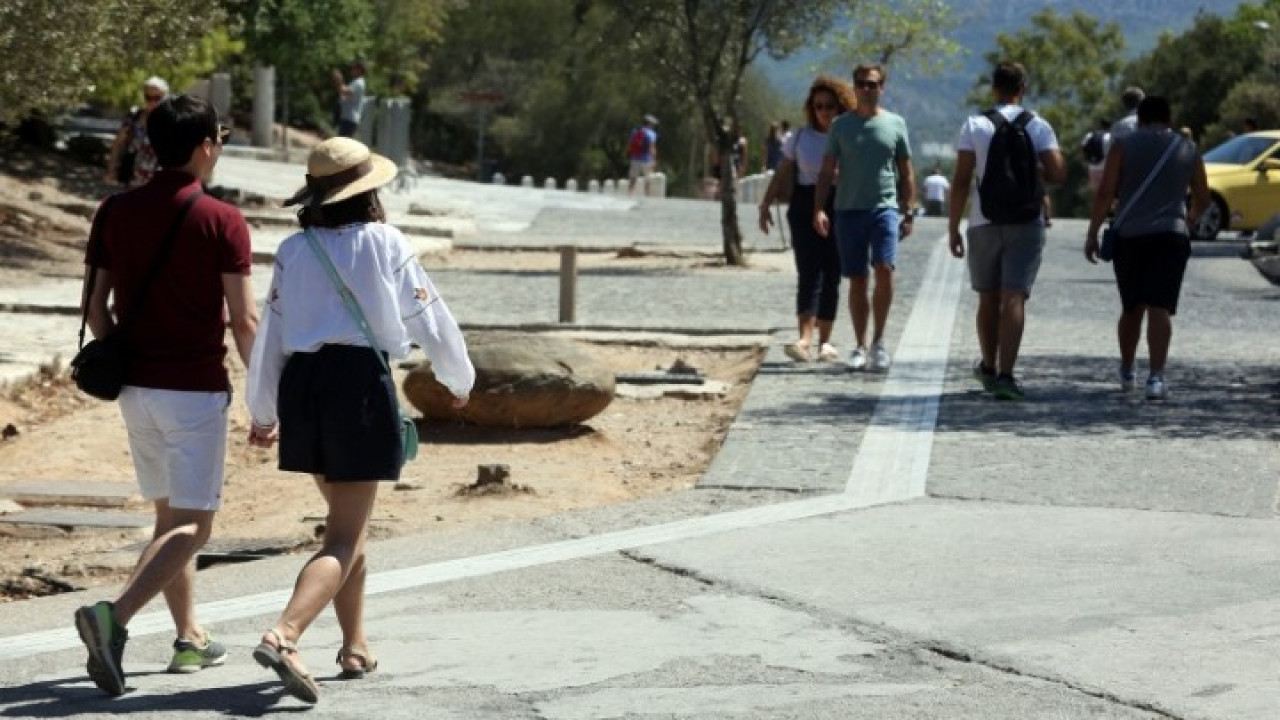 Greece: When tourists ask for apodixi

The German press reports that the aim of the campaign is to limit tax evasion “which is rampant in Greece. Especially in the tourist industry, in taverns, bars, cafe hotels, but also in the rental of cars and umbrellas for the beach, as well as in souvenir sellers, many euros are not recorded in the cash registers.

“Tourists are invited to improve the tax conscientiousness in Greece» is the title in response of the newspaper Rheinische Post from Athens. As he points out: “On arrival in Greece, tourists see the slogan ‘Apodixi please’ on big screens while waiting at the airport to collect their luggage. They are informed that only whoever receives a receipt is obliged to pay: ‘Before paying for a product or service, you should ask for a receipt, saying ‘Apodixi please’. If they don’t give it to you, you don’t have to pay.’ They are also informed that in Greece all sellers of goods and services are required to accept credit card. Only taxi drivers and booths are excluded”.

The Düsseldorf paper reports that the aim of the campaign is to limit tax evasion “galloping in Greece. Especially in the tourist industry, in taverns, bars, cafe hotels, but also in the rental of cars and umbrellas for the beach, as well as in souvenir sellers, many euros are not recorded in the cash registers”. The publication points out, however, that there is progress in the fight against tax evasion: “The State does not rest on helping tourists. During the summer months, auditors, impersonating travelers, check whether the necessary receipts are issued, as required by law. Last week sea bass was spotted in Mykonos, the island of the rich and famous. In a well-known beach restaurant, they found that in just one day receipts for collections of 85,450 euros had not been issued. Now the company is called for a thorough tax audit».

Many Germans are choosing Turkey again this year

“German tourists flood Turkish shores» is the title of an article in the Frankfurter Allgemeine Zeitung (FAZ), which points out that “the tourism industry in Turkey is recovering strongly, after two years of inactivity due to the pandemic” and that according to official data for the first half of 2022 “one in eight of the total 16.4 million visitors came from Germany”followed by Russian and British tourists.

According to the Frankfurt newspaper, the Minister of Tourism, Mehmet Nuri Ersoy, hopes now “to 47 million visitors, against 42 million expected to date. This is almost double the number recorded last year. Ersoy is not only interested in statistics, but also in tourism revenue. Because tourism, in its most diverse forms – city breaks, family tourism or educational trips – is one of the most important sources of foreign exchange for the country. It is not only Europe that advertises its potential in medical tourism, which also includes cosmetic procedures or hair transplants. More and more wealthy couples from the Gulf countries, India, Pakistan and Azerbaijan are coming to Turkey to celebrate their wedding in style, industry representatives say, and expect a turnover of 500 million dollars. The Minister of Tourism Ersoi, for his part, is correcting his forecasts for tourism revenues, from 35 to 37 billion euros».

Facebook
Twitter
Pinterest
WhatsApp
Previous article
“Emergency measures” to save energy for Spain too – Air conditioners at 27 degrees, heating at 19 and teleworking!
Next article
Young soldier dies after falling while training in 40 degree heat for a week