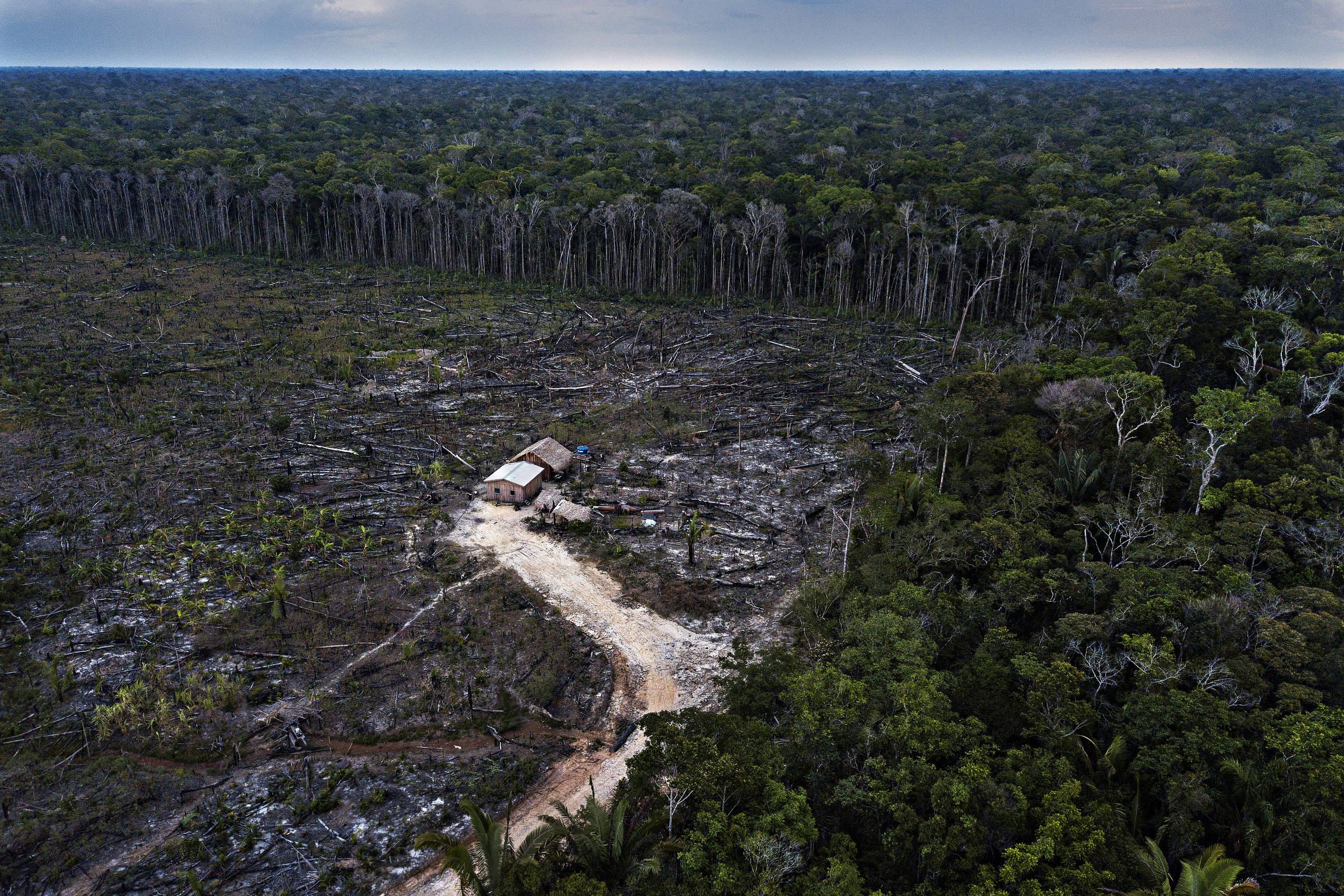 Documents from the environmental licensing process for the BR-319, which connects Manaus (AM) to Porto Velho (RO), pointed to the risk of further illegal occupation of public lands along the highway in case of paving, even if there are measures to mitigate the impacts of the constructions.

The documents also warned of the risk of increasing illegal deforestation, especially with the intensification of criminal logging.

The notes were made in technical opinions from Ibama (Brazilian Institute for the Environment and Renewable Natural Resources) and in documents that make up the so-called EIA/Rima (environmental impact study and report), required for projects of this type. The most recent EIA/Rima was completed in 2021.

The president of Ibama, Eduardo Fortunato Bim, issued on the 28th the preliminary license for the paving of the middle section of the BR-319, between kilometers 250 and 655.7 – a length of 405.7 kilometers.

The preliminary license is an initial phase of the licensing, which attests to the environmental feasibility of the enterprise and precedes the installation license. It was, until now, the main step of the licensing process, in progress since 2007.

Bim’s act was celebrated and advertised by the government of Jair Bolsonaro (PL). The president is a candidate for reelection, and has a speech against the creation of conservation units and the demarcation of indigenous lands in the Amazon. Under his government, deforestation in the biome had a record in 15 years, with more than 13,000 km2 devastated in 2021.

Supporters of paving argue that it is necessary to reduce the isolation of residents of the two connected states, Amazonas and Rondônia.

On the other hand, the BR-319 Observatory, formed by a network of civil society organizations, researchers and indigenous associations, issued a position against granting the prior license.

The group claims that the process skipped basic steps, in particular the consultation with indigenous populations in five territories and riverine and extractive communities directly impacted by the work.

For the Observatory, the license was “evidently electoral, with clear political motivation”. It is not even clear whether the EIA/Rima produced was formally accepted, according to the organization, and there was a significant reduction in the number of impacted indigenous lands, from 47 to 5.

In addition, the Observatory pointed out that the highway region has become largely deforested, and this region is the new arc of devastation in the Amazon.

According to the organization’s members, the lack of allocation of public lands is a serious problem, which places these lands “in the hands of the squatters”.

In a note, IBAMA stated that the preliminary license attests to the feasibility of the enterprise for the planning stage and does not yet authorize the execution of works. “Entrepreneurs need to present studies aimed at mitigating all predicted environmental impacts,” he said.

The documents of the licensing process themselves – both from IBAMA technicians and from the company hired by Dnit (National Department of Transport Infrastructure) for the environmental impact study – pointed to land grabbing as a consequence of the paving of the middle section of the BR-319 .

Farmers and loggers occupy public lands illegally, and try to effect this occupation with cattle raising and logging. The next step is the opening of branches and roads connected to the highway – generating the so-called “fishbone” effect.

Four years later, other technical opinions from Ibama pointed to the same effect for the region. Land grabbing is one of the main “interferences” in the case of paving the road, according to the documents, as well as deforestation and illegal logging.

The consolidation of new conservation units was cited as a way to mitigate the effects of the enterprise.

The prior license issued by the president of IBAMA, however, provided for the acquisition of only one area to be transformed into a conservation unit for sustainable use, with exclusive use for the Mura and Munduruku peoples. The indigenous people “traditionally already inhabit the region of Lake Capanã”, according to the license.

Ibama technicians established that, before issuing the preliminary license for the paving of the road section, a series of measures would be necessary: ​​immediately implement the resources destined to the plan for the implementation of conservation units, implement protection and surveillance actions, prepare a land regularization plan and gather geographic information on the region.

The report questioned IBAMA if the technical requirements for issuing the prior license were met. There was no response.

A first EIA/Rima was prepared in 2009 by UFAM (Federal University of Amazonas). Then, according to the documents entered in the IBAMA system, an EIA/Rima was carried out in 2020 and in 2021 by the company Engespro Engenharia, contracted by Dnit.

The environmental impact study of the private company pointed out, in several sections, the risk of illegal occupation of public lands.

Sections of the highway without protected areas will have “more intense” direct impacts, according to the 2021 environmental impact report. These impacts can extend for 15 kilometers on each side of the highway.

“Without protection in these areas, illegal occupations can occur, with land grabbing, in addition to illegal deforestation and unforeseen construction of small roads”, cites the document.

One benefit of not paving the stretch would be the “reduced risk of land grabbing and irregular occupation”. And a negative impact of the works, even with the adoption of mitigating measures, would be “real estate speculation and land grabbing”, according to the scenarios outlined in the report.