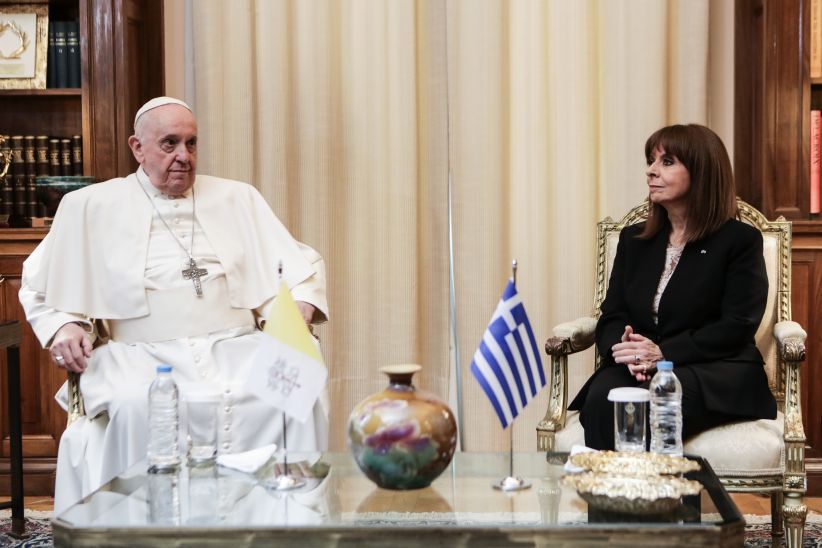 Francis: Without Greece, Europe and the world would not be what they are today

Without Greece, Europe and the world would not be what it is today, the Pope said in his speech at the presidential palace.

The Pope had a private meeting with the President of the Republic Katerina Sakellaropoulou, who in her address stated that the visit indicates the high interest of the Pope for the region and the wider Mediterranean.

In his speech, Pope Francis characteristically stated that “it is an honor to be in this glorious city. I come as a pilgrim to these lands. Without Athens, without Greece, Europe would not be what it is today, it would be less wise. “Today, not only in the Old Continent, there is a retreat of the Republic”.

From this city, the cradle of civilization has always urged a message to rise to the top that will respond to the seductions of authoritarianism and individualistic indifference and oppose caring for the other to create a cornerstone humanism that the age and Europe need. us, stressed the Pope.

This was followed by a meeting between the Pope and the Prime Minister Kyriakos Mitsotakis, while at 16:30 in the afternoon the meeting with the Archbishop of Athens and All Greece Ieronymos will take place.

Extraordinary traffic regulations are in force on roads of Attica, while during the procession the movement of other vehicles in the same traffic stream will not be allowed.

By decision of the Police, all gatherings in the center of Athens were banned while the Metro stations “Panepistimio”, “Syntagma” and “Monastiraki” close at 15:30 in the afternoon.

Tomorrow Sunday the Pope will go to Mytilene where together with the President of the Republic, Katerina Sakellaropoulou they will visit the refugee structure in Kara Tepe in Lesvos.