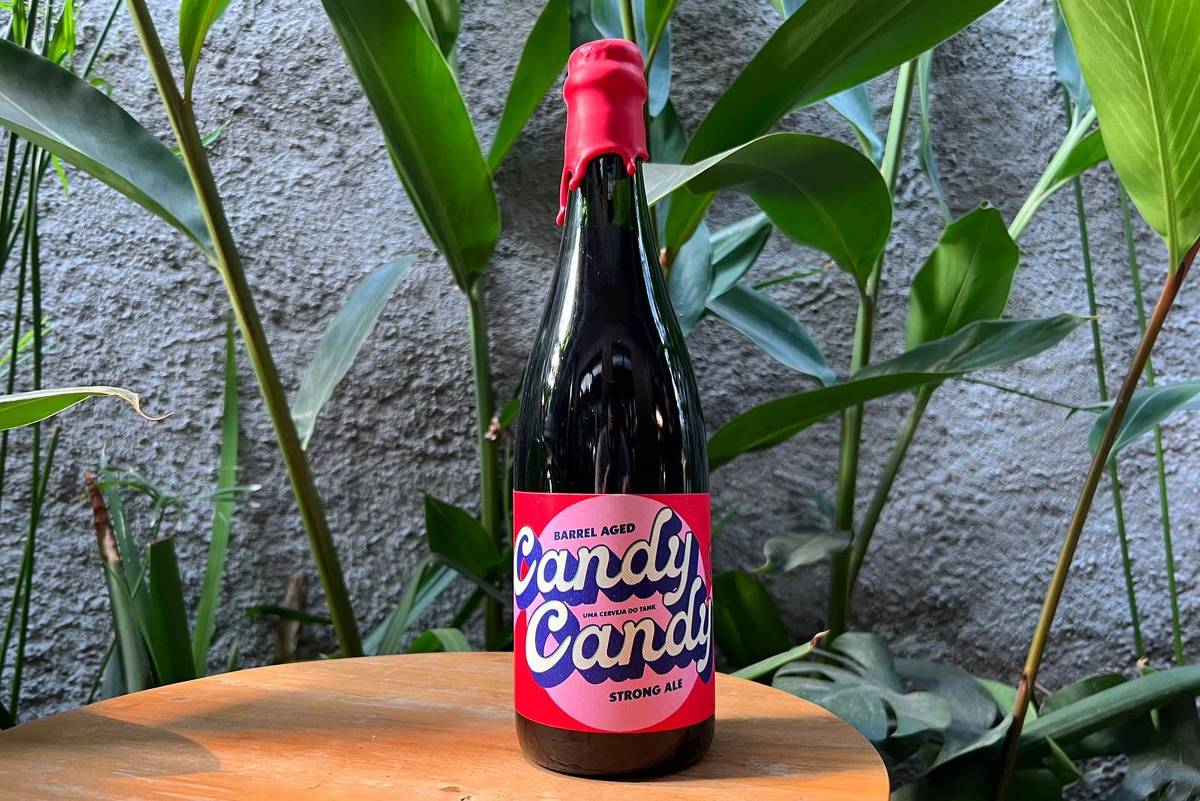 After an opening amid the pandemic, with periods of ups and downs, Tank Brewpub arrives healthy at two years old.

“These were two very intense years, of uncertainties, but of a lot of learning”, says Julia Fraga, who runs the house alongside Fabio Comolatti, the same duo behind the tap house Ambar Cervejas Artesanais (both in Pinheiros).

The project for the opening of the bar started before the pandemic, and was ready during the period of confinement. Without being able to wait long, Julia and Fabio decided to start the operation, at the time, focused on delivery.

With its production visible to customers at the beautiful bar on Rua Amaro Cavalheiro, Tank’s tanks have already created more than a hundred different labels, including IPAs, APAs, bocks, stouts, pilsens, sours, witbiers, barley wines and the like.

To mark the anniversary, the house innovates and launches its first bottled beer this Thursday (22): Candy Candy, a strong ale aged in American oak barrels for a year – in this case, a barrel of bourbon from Maker’s Mark, a brand of American whiskey produced in Kentucky.

In 750 ml bottles with wax seal, Candy Candy has 13% alcohol, brown color, low bitterness and notes of caramel and bourbon. And it will be available in a super limited version: there are only 100 numbered bottles for R$123.

But not only Candy Candy lives Tank. Those who pass by can also enjoy the great, recently launched First Rise, a pilsen with New Zealand hops, or Choppinho, an American lager that is one of the best sellers in the house.

“We are still growing, building strong ties. In these 2 years we have created more than a hundred different beers, consolidated a lunch operation, entered restaurants and made collaborative beers with large breweries”, celebrates Fraga, who warns that soon there will be more news on Tank .

Trial for the Eye: “I couldn’t even go to my wife’s funeral” – The testimonies are shocking

“I shot low both times…”: What the police officer claimed in his apology for shooting the 16-year-old