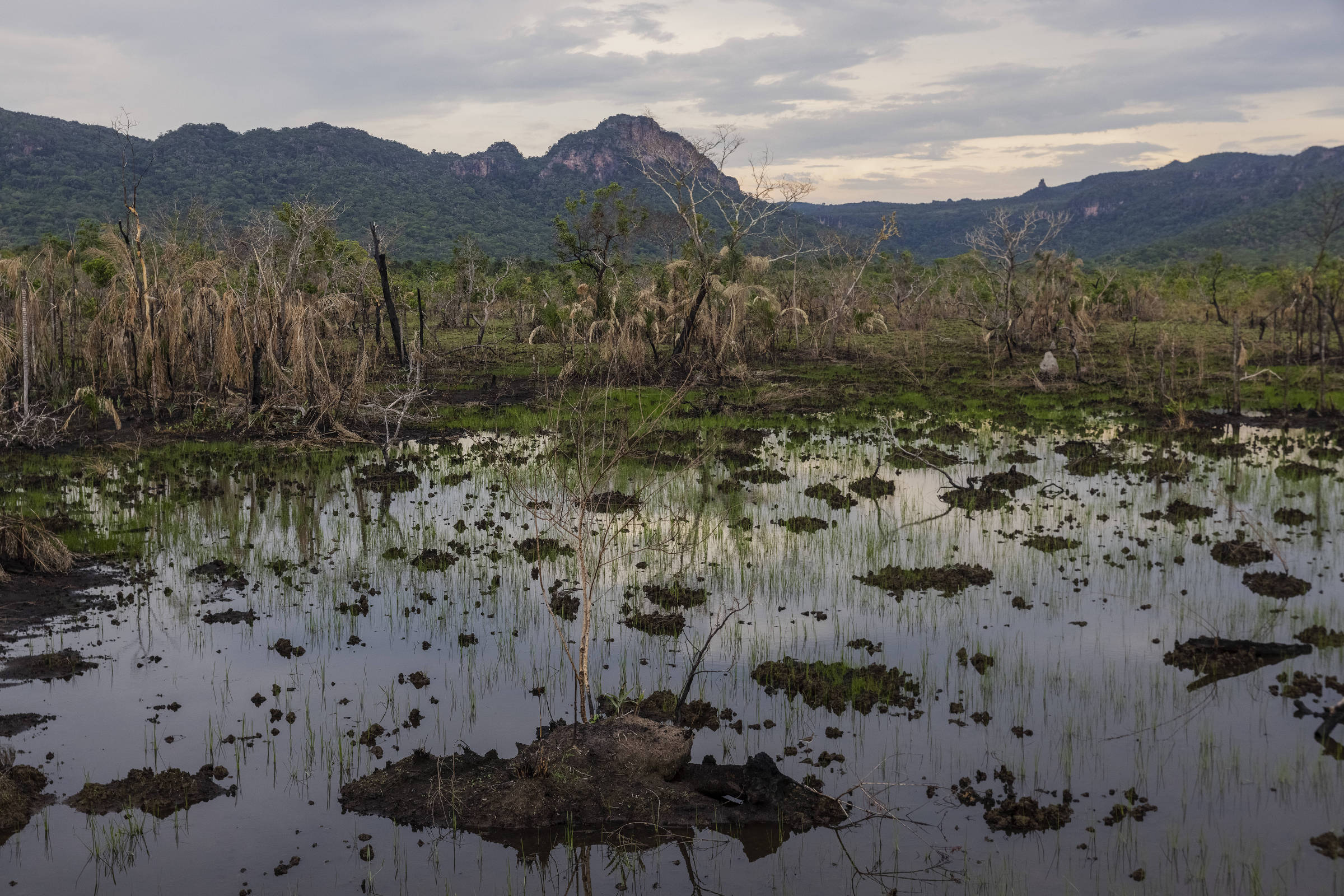 Candidates in Mato Grosso are divided on leaving the Legal Amazon

Mato Grosso, the second state with the highest accumulated deforestation since 1988 —after Pará— among the nine federation units that make up the Legal Amazon, may officially leave the area and, thus, deforest even more. This is what a proposal that is being discussed in the Chamber provides.

The project is authored by federal deputy Juarez Costa (MDB-MT), who is seeking reelection.

The Legal Amazon is a concept created in 1953 and covers 59% of the Brazilian territory with its nine states. It is in this region that 56% of the indigenous population of the country reside.

Costa wants to remove Mato Grosso from the Legal Amazon because the legislation defines that rural properties must keep a greater part of the native vegetation as a legal reserve when they are within that region.

By the norm, 80% of the vegetation cover must be conserved in the Legal Amazon, 35% in the cerrado and 20% in the other biomes.

Thus, if the proposal is approved in Brasília, farmers would have to conserve only 20% of the areas, “sparing Mato Grosso producers from the expenses necessary to maintain up to 80% of land without agricultural use”, says an excerpt from the deputy’s justification. .

In the campaign for the state government of Mato Grosso, the proposal has led the main candidates to stay on the fence and even change their opinion on the subject.

Governor Mauro Mendes (União), who is seeking reelection, for example, said he was broadly in favor of the project, as long as the tax incentives and benefits that the state has for belonging to the Legal Amazon were maintained.

Now it is said to be completely opposite. “I am against the project, because I understand that the state will lose important resources made available for the development of the region, because we belong to the Legal Amazon”, he said after questioning the report.

According to him, the state is one of the few regions in the world that can even double its production area in the coming years without having to deforest any new areas.

“There is no need to remove Mato Grosso from the Legal Amazon because of the argument that we need to produce more food for the world, as we are going to double production in the next ten years”, he says.

His main opponent, Marcia Pinheiro (PV), says that a broad debate is needed before any decision is made.

She belongs to the Green Party and has as a candidate for the Senate on her ticket the rapporteur of the proposal, federal deputy Neri Geller (PP), one of the main leaders of the ruralist bench in Congress.

“The bill to remove Mato Grosso from the Legal Amazon has its benefits, but it also has losses that are in the field of tax incentives”, he says.

According to the candidate, it is necessary to listen to all sectors, such as scientists, environmentalists, economists and businessmen. “I defend that environmental assets are remunerated by law, because we cannot keep these assets and lose revenue and economic activities”, she says.

Congressmen from Mato Grosso, the third state in deforestation in 2021 (behind Pará and Amazonas), and the state government have prioritized projects reviewing environmental laws. Recently, a law was approved and sanctioned that makes farming activities more flexible in the Pantanal region.

Among the main changes are the permission for extensive livestock activity in APP (Permanent Preservation Area), the use of up to 40% of the property in a floodable area for pasture and the authorization for the use of pesticides and agrochemicals in the region.

Who also avoided taking a stand on the idea of ​​Mato Grosso leaving the Legal Amazon was Senator Wellington Fagundes (PL), who has the support of President Jair Bolsonaro. According to him, it is only after a broad debate that a consensus can be built, including the Sudam (Superintendence for the Development of the Amazon).

“There are many implications at stake for Mato Grosso. For example, issues related to the new Forest Code and the permanence in Sudam’s area of ​​operation. We will be working to facilitate and encourage its participation in this process”, he said.

Deputy Neri Geller was in favor of the project, but says it will stimulate debate. “Our objective is not to take Mato Grosso out of the Amazon so that there is more deforestation. Illegal deforestation must be fought. We do want to re-discuss this issue so that those who produce are compensated and not harmed,” he said.

For Geller, currently the burden of having Mato Grosso included in the Legal Amazon is only for the rural producer, and the bonus is shared with the entire population. “There is an imbalance that we need to correct.”

The licensed president of Aprosoja Brasil, Antônio Galvan (PTB), who is running for the Senate, supports leaving the Legal Amazon, including for more states.

“As it is, I say that I am not in favor [ao projeto]. But not because I’m against it. And yes, because it is necessary to include the states of Rondônia, Tocantins and part of Pará”, he said.

According to him, it’s no use trying to save “half a dozen trees” and leave millions of people hungry. “We need to feed the world. This debate is about food, not the environment. We also need to review the Forest Code.”

Pastor Marcos Ritela (PTB), who is running for government and is third in the polls, said he is in favor of any form of agribusiness production as long as it is self-sustainable. If it is proven that the exit will provide more jobs and income, Ritela says it will be favorable.

The PSOL candidate for government, Moisés Franz, said he was totally against it, since the change will cause even greater environmental destruction.

“The destruction that the agribusiness barons have been carrying out in the state is inconceivable, at an increasing cost of accumulating wealth. Why is so much wealth produced for a few, if this wealth is concentrated in the hands of less than 1% of the population?” , said.