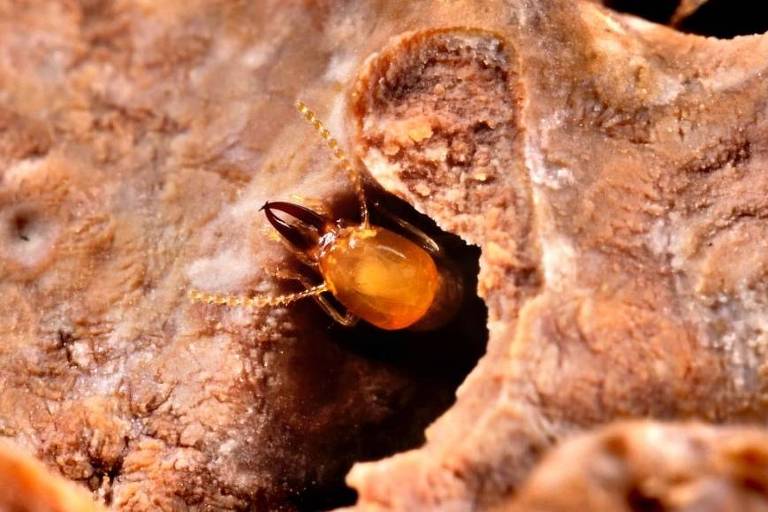 Wood decomposition by termites tends to increase with global warming

An international study published in the journal Science revealed that termites play an essential role in recycling wood in natural ecosystems. Without its existence, various biomes in the world would have accumulated a large pile of dead organic matter. These insects are responsible for the decomposition of wood, especially in hot places with little humidity, where microorganisms, the main decomposers, are not abundant in times of drought.

The research, led by biologist Amy Zanne, from the University of Miami (United States), is the result of a collaboration between one hundred researchers from different institutions around the world, including the State University of Campinas (Unicamp). During the investigation, the participants applied the same experimental method in 130 sites spread over six continents, seeking to study the behavior of termites in varying conditions of temperature and humidity.

At Unicamp, she had the participation of André Mouro D’Angioli, at the time a doctoral student at the Institute of Biology (IB) under the guidance of Professor Rafael Oliveira. The Brazilian group received funding from Fapesp through the Thematic Project “Restoring dry neotropical ecosystems – is the functional composition of plants the key to success?”.

According to D’Angioli, the intention of this international partnership was to verify in which regions of the planet and in which climatic conditions there was a greater influence of termites —compared to bacteria and fungi— in the decomposition of dead wood, and how these animals are affected. by changes in temperature and precipitation.

“This is relevant data, because wood is an important carbon storage component. So, the faster it decomposes, the faster we lose the carbon that is stored in the organic matter and the faster it is sent as carbon dioxide to the atmosphere”, he explains.

The results indicate that, if the predictions about climate change are confirmed, the areas where the climate is hotter and drier – such as the grassland and savanna formations of the cerrado – will expand. As a consequence, the environments in which termites are important decomposers will expand, generating a feedback scenario in which increased carbon dioxide emissions will cause global temperatures to rise. These, in turn, will expand the space for termites to act, which will release more carbon dioxide as they decompose the dead organic material.

“We need to understand how these elements cycle on Earth, especially carbon, because then we can predict what will happen to different ecosystems if the climate becomes warmer and drier,” he adds.

The great differential of the research was the possibility of investigating the performance of termites in a wide variety of regions, with different levels of temperature and humidity, thus guaranteeing more robust results. As there is an extensive biogeographic distribution of termite species around the world, focusing the study on just one environment would bring much less efficient results on their performance in the decomposition of organic materials such as wood.

This large-scale cooperation, reveals biologist Amy Zanne, allowed us to obtain more evidence on how carbon circulates around the planet. “Furthermore, as our protocol was simple and easy to apply, graduate students to senior professors were able to join the project. This allowed us to have a network of people and learn a lot from each other.”

The experiment model conducted by the hundred collaborators consisted of inserting wooden blocks of a type of pine in their respective ecosystems. A portion of the blocks was wrapped in a protective net to prevent termites from eating them, while another part was left free for these insects to act (the meshes were perforated in the area that was in contact with the ground, allowing termites to enter by underground tunnels, but preventing the entry of other insects). In this way, it was possible to compare the decomposition carried out by termites to that carried out by microorganisms such as bacteria and fungi, verifying who had a more relevant role.

“I consider this work a planning model, because it is very simple, it does not involve technology, just a good idea and a standardized and elaborate experimental design”, argues Oliveira. For him, this is an example of the plural character that science must have, especially in ecology. “Most of the so-called global studies have an over-representation of the Northern Hemisphere — the United States and Europe. With this article, we were able to sample different biomes in the world, in a more equitable way”, he explains.

In the experiments conducted by D’Angioli, for example, the wooden blocks were inserted into eight areas formed by field, savanna and forest, located in three specific regions of Brazil: Serra da Canastra, in Minas Gerais, an ecological station in Brasília and in the municipality of Itirapina, in the state of São Paulo. After the preparations and installation of the traps, in 2016, there were two years of fieldwork and another year to process the samples and obtain the data to write the thesis, which focused on the analysis of the biogeochemical cycles of cerrado elements.

Currently, Zanne and Oliveira are continuing the study on termites with new investigations on their importance for Brazilian ecosystems. For this reason, the researcher went to Unicamp as a visiting professor to develop research in Chapada dos Veadeiros.

“The role of tropical regions and savannas in carbon storage and release is still very little studied. As Chapada has these ecosystems, in addition to a diversity of termites that determines the carbon cycling from different materials, it made sense to me that this new stage of the research was carried out here”, he reports.

With information from the Unicamp Journal

Facebook
Twitter
Pinterest
WhatsApp
Previous article
A 55-year-old bicyclist had a “head-on” with… deer in Rhodes – He ended up in the hospital with serious injuries
Next article
ISW: Russia uses ‘untrained recruits’ to bolster once-elite units