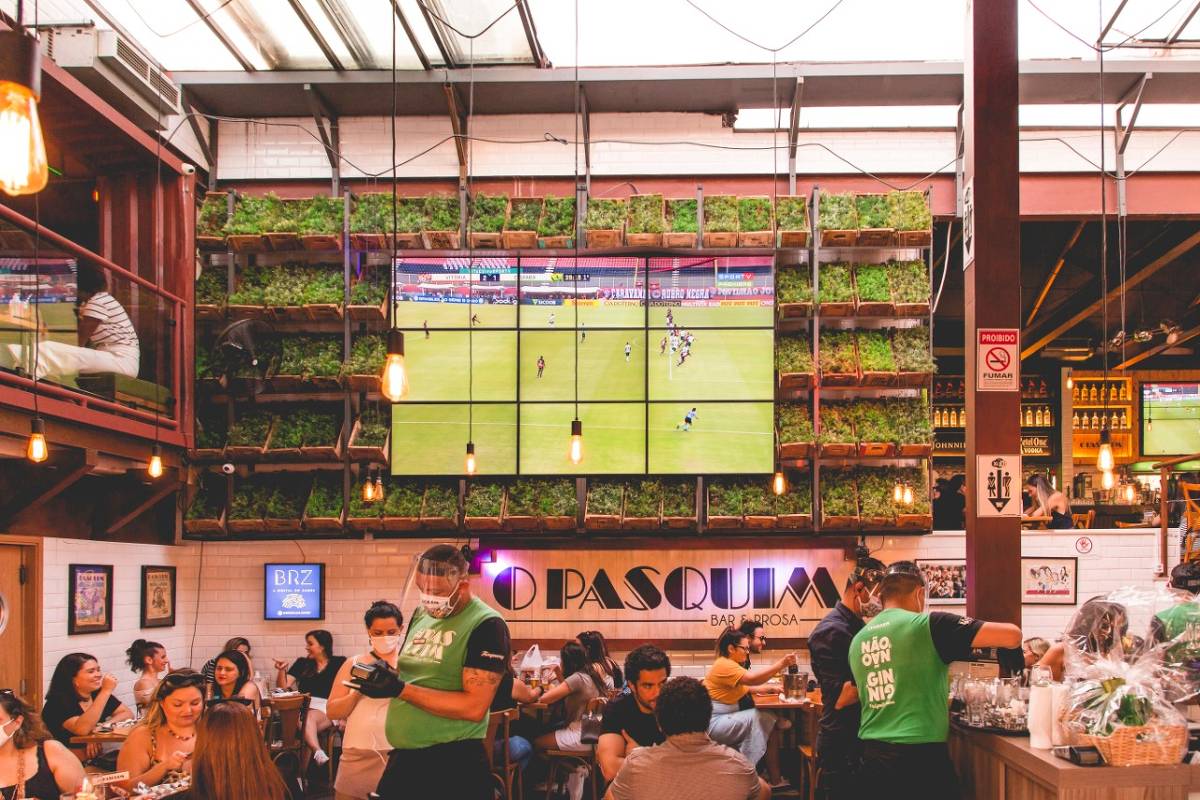 The weekend will bring another moment of tension, in addition to the verification of the election results, for those who are from São Paulo. This Saturday, the 1st, takes place in Córdoba, Argentina, the final of the Copa Sudamericana between São Paulo and Independiente del Valle.

As the match will not be broadcast on open TV, only on the pay channel that belongs to Conmebol, the South American Football Confederation, many fans may prefer to watch the match away from home, in one of the bars that will broadcast the game in the capital of São Paulo.

One of them is the Resenha Sports Bar, inspired by American sports bars. The space has 15 TVs that broadcast all kinds of sports. Rafael Lasalvia, one of the partners at the venue, says that the proposal is to show the greatest possible variety of games and sports, but that the São Paulo final will be a priority this Saturday and will be on all televisions in the venue.

While watching the game, customers can still snack on croquettes and eat hamburgers, all with names inspired by athletes, such as former São Paulo player Kaká, who calls his snack pepperoni and vinaigrette, Kakálabresa (R$21). Or the Luxemburguer (R$23.50), bread with meat and cheese that mentions coach Vanderlei Luxemburgo.

Despite not having the same number of televisions, Lounge 97 has a 154-inch screen, which crowds fans onto the sidewalk. The address broadcasts several games and will also play the final of the Copa Sudamericana.

Another place with a big screen where fans usually gather is the Posto 6 bar. In Vila Madalena, the program is full of games from the main football championships. The house has been in operation since 2002 and has a decor inspired by Rio de Janeiro in the 1960s.

The big screens to see the bids will be spread around the house, which this year also broadcast Formula 1 and UFC fights. All this can be accompanied by portions, such as feijoada dumplings (R$ 48) and draft beer.

Check out these and other addresses to watch the game in São Paulo.

10 bars where to watch the Sudamericana final

Facebook
Twitter
Pinterest
WhatsApp
Previous article
Love Island: Everything you want to know about the first… “temptation” that upsets the Islanders – Watch the trailer
Next article
Ukraine accuses Russia of attacking civilian convoy that killed at least 25