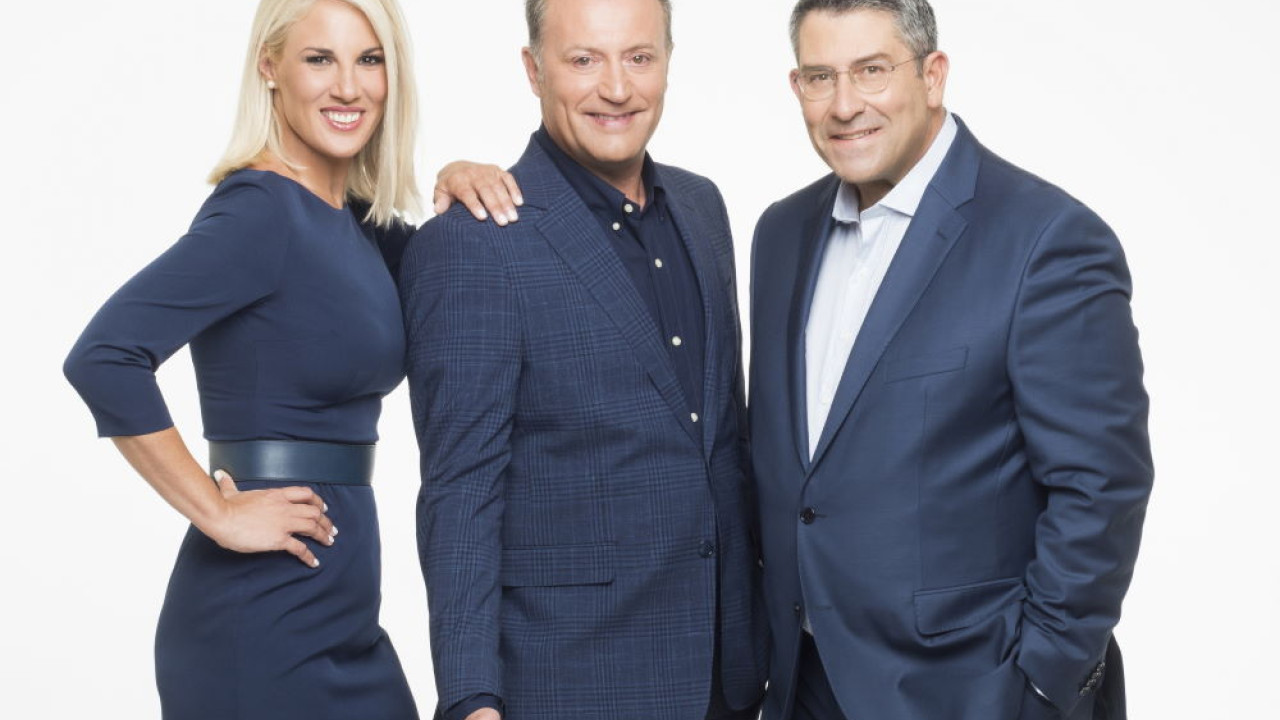 Dimitris Oikonomou, Akis Pavlopoulos and Dora Koutrokoi are the first choice of the viewers.

The show “TODAY» with Dimitris Oikonomou, Akis Pavlopoulos and Dora Koutrokoi is the first choice of the viewers for the month of September, winning the demanding race of the morning news with a percentage of 19.9% ​​of the general audience, as evidenced by the official data of NIELSEN.

With a fast pace, validity, immediacy and guests, “key” persons for current events, SKAI’s morning news show has won the appreciation of the television audience who consistently choose it every day for their information.

In detail and according to official NIELSEN data

His news broadcasts continue as a whole the high performances in the ratings tables, gathering the preference of the television audience.

The favorite “GOOD MORNING» of the television audience on the weekends is that of Giorgos Avtias who was consistently first for another month with an average of 19.8% in the general audience and 155,088 viewers.

Excellent performance of both “COMPATIBILISTS“, Yiannis Dsounou and Christos Koutras, who in September recorded a percentage of 12.1% for the general audience.

The evolution of the news broadcast “DECATIANS» on weekends with Yiannis Pittaras and Giorgos Grigoriadis scoring an average for the general audience of 12.3%.