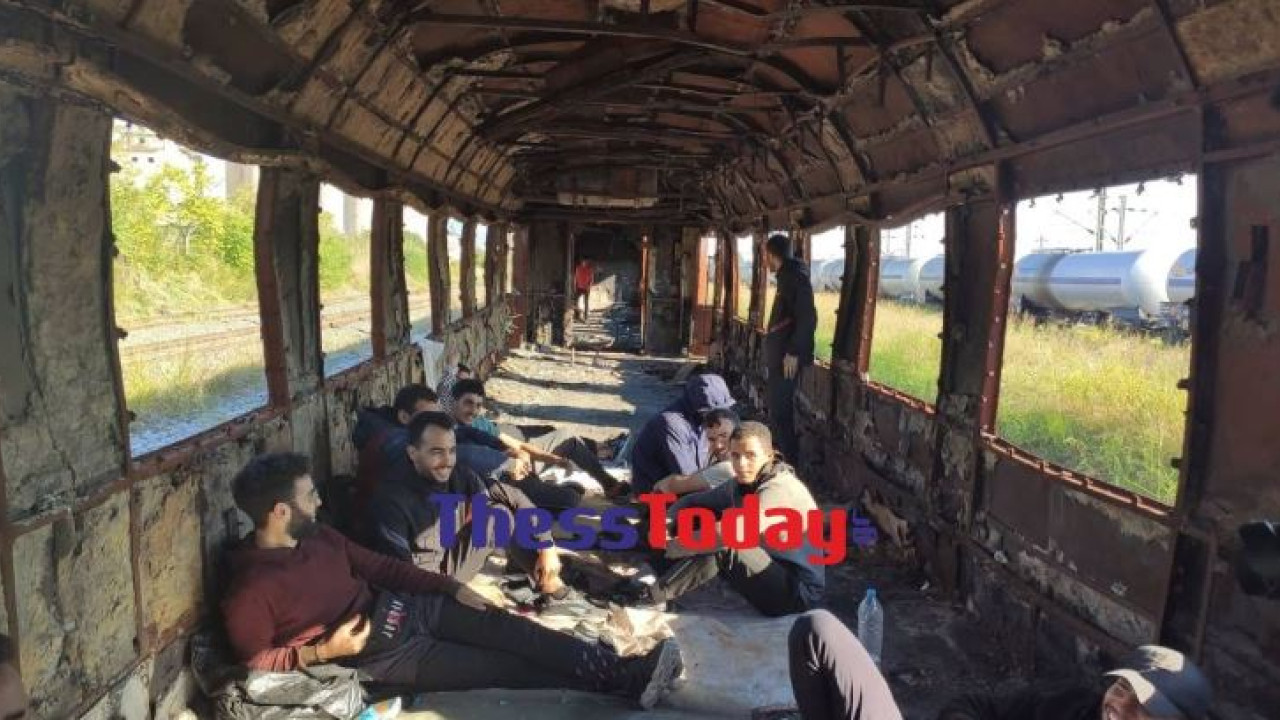 Dozens of migrants, some from Afghanistan, others from Morocco and others from Syria, remain “trapped” in abandoned trains outside Thessaloniki, aiming to board a commercial train and continue the journey of hope to Idomeni and from there in the Balkans or in Europe.

Some traffickers, of course, lurk around the corner and after being handsomely paid (2,000 – 3,000 the price per head) carry out their duties, promising a way of escape to illegal immigrants. As you will see in the photos of ThessToday.gr, in the area of ​​Diavati heartbreaking images are unfolding once again: migrants piled into wagons that have been converted into a temporary shelter, next to garbage and putting their lives in danger every day.

“I have been caught three times and returned to Turkey. Now I’m in Thessaloniki and I’m looking for a way to leave for Europe to find my family,” said Abdul, originally from Afghanistan. However, he was not the only one. On the other hand, there are many who may wait up to three twenty-four hours until they find an escape from Thessaloniki. And until that happens, they survive in destitute conditions, literally scavenging for food and water.

The tentacles of traffickers have spread everywhere where refugee centers operate in Greece, mainly in the area of ​​Thessaloniki and Kilkis, due to the proximity to the border and the concentration of a large number of Syrians, Iraqis, Afghans, Pakistanis, etc. They work underground and feverishly to get those who have money out of the border by any means.

Traffickers divide them into groups, depending on the country they come from or the country they want to go to. “I gave 3,000 to a man to help me cross here from Turkey. It was a difficult journey,” Abdul said. Several have decided to travel to North Macedonia, while there are also some like Ahmet – he crossed the Evros border with his 17-year-old brother – who want to reach Switzerland.

Next stop, Idomeni – A corridor opens from Bulgaria

ThessToday.gr’s camera also reached Idomeni, where there is a lot of movement, as groups of immigrants try to cross the border on a daily basis. Several have camped out at the train station in Idomeni, waiting for the right opportunity to make the great escape. “I’ve been caught three times, the next time I’ll go to jail because I don’t have papers,” Ali told Thesstoday.gr.

The blocking of the “Balkan Corridor” interrupted the caravans of hope, but enlarged the traffickers’ circles, which grew, became better organized on a multinational basis and of course raised the prices.

According to reports from the Bulgarian press, the “block” of the Greek authorities led the circuits to locate new entrances, with Bulgaria looking like the ideal solution – even if temporarily. The same reports state that Blagoevgrad is a meeting place for traffickers and those who want to reach Greece to continue their journey to the countries of Northern Europe.

Facebook
Twitter
Pinterest
WhatsApp
Previous article
New challenges from Erdogan with Hagia Sophia – “If God wills, there will be more like this”
Next article
Horror in Colonos: The two men are under investigation for sexually abusing a 12-year-old girl