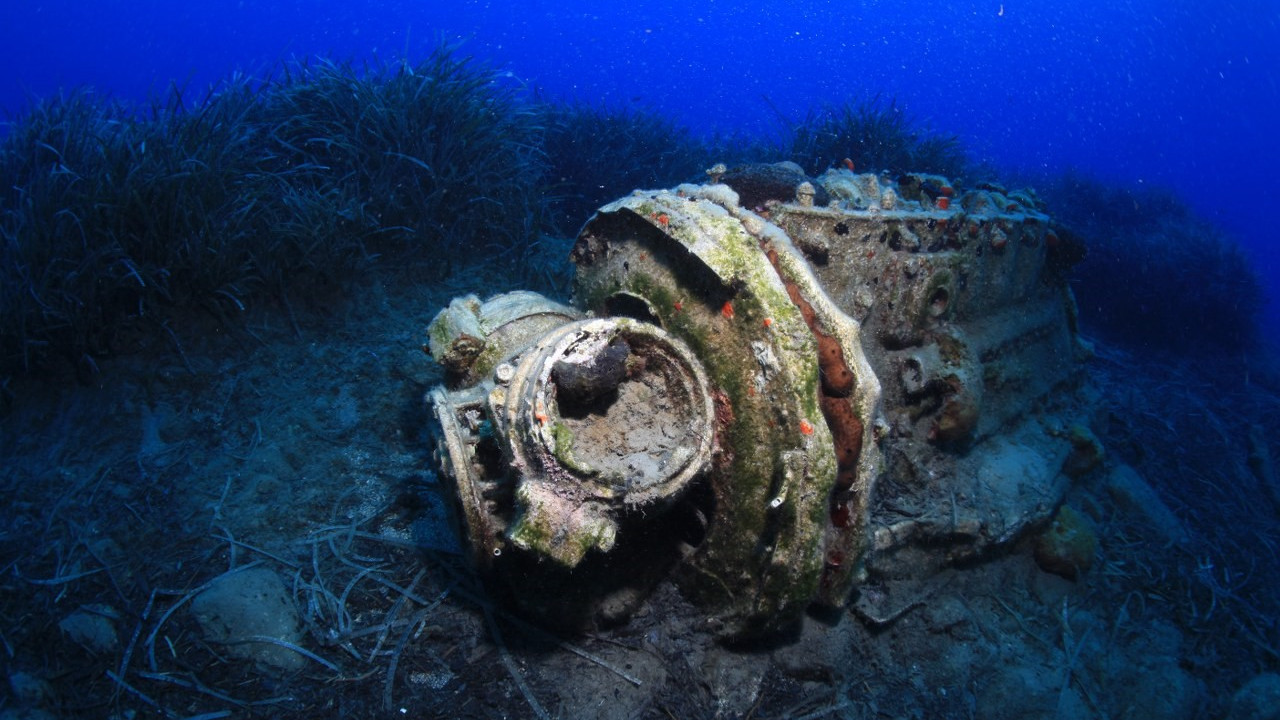 Residents helped rescue the German radio operator but the Nazis executed three young men from the island, accused of taking the dead pilot’s personal belongings as well as aircraft parts.

The wreckage of a German Stuka type aircraft was identified at the bottom of the Karpathos and sheds light on a tragic story from the Second World War.

The underwater search of the wreckage of the aircraft brought to light evidence leading to its identification. “The aircraft has been dismantled and its engine remains at the bottom. But we recognized on the upper left side the serial number of the Jumo engine.

In the rotor, you can still see remnants of wood from the three propellers that STOUKA had,” explains Kostas Thoktaridis.

Thanks to the study of the engine by Air Force historian Dimitris Vogiatzis and World War II historian Byron Tezapsidis, the identity of the aircraft’s crew also became known: The aircraft was a Junkers stuka Ju 87D-4/Trop with side number S7 +AK and serial number (Werk Nummer) s/n 110461.

It belonged to the 2nd aircraft squadron of the 3rd squadron StG3 commanded by Captain Gerhard Glaser and based in Megara.

As it emerged from the underwater and historical research of researcher Kostas Thoktaridis and the Planet Blue team, the Stuka-type Junkers aircraft crashed in the sea area east of Karpathos on October 9, 1943, after a barrage of anti-aircraft fire that it received during a naval battle between Rhodes and Karpathos.

“It had the mission of bombarding the British naval force which was sailing in the straits of Karpathos, consisting of the cruiser HMS Carlisle and the destroyers HMS Panther, Petard, Rockwood as well as the Greek destroyer MIAOULIS,” Kostas Thoktaridis reports to APE-MPE.

According to the official figures, it was 12 and 12 first minutes when the ships received a barrage of fire from a swarm of German Junkers 87 Stuka aircraft which had taken off from Megara.

The Greek destroyer MIAOULIS was attacked by 4 Stukas, the bombs exploded at a distance of only 20 meters. At about 12:45 the destroyer MIAOULIS, commanded by Admiral Nikitiades, showing great heroism and skill, successfully collected from the Carpathian sea 188 shipwrecked people from HMS Panther (the captain, 5 officers and 182 non-commissioned officers and sailors), which was hit at the height of the engine room and sank within 5 minutes.

Despite a very heavy anti-aircraft barrage by the Allied ships, the German Stukas returned to their base with the loss of one JU 87 aircraft.

The captured German aircraft, after a flight of 25 nautical miles over the sea, makes a forced landing on Agnodia beach east of Karpathos. The aircraft overturns, killing the pilot, NCO Siegfried Martens, and injuring the radio operator Ernst Kröger. Residents who happened to be in the area help the German radio operator to reach the CARPATHIAN port of Pigadia.

This incident, however, caused three twenty-year-old children from Spoa Karpathos to lose their lives. Emmanuel Piperis, Pachos Piperis and Emmanuel Sisamis are accused by the Germans of removing personal items from the dead pilot as well as parts of the aircraft. The accused go through a military court and are sentenced to death. Haramatas of November 4, 1943 are carried out next to the cemetery in Karpathos.

In the documentary by the filmmaker and columnist Manolis Dimellas, the residents of the village and relatives of the victims who experienced the tragic event of the execution of the three young people speak. In addition, shocking images are recorded of the exhumation of the bodies from the mass grave after 70 years.