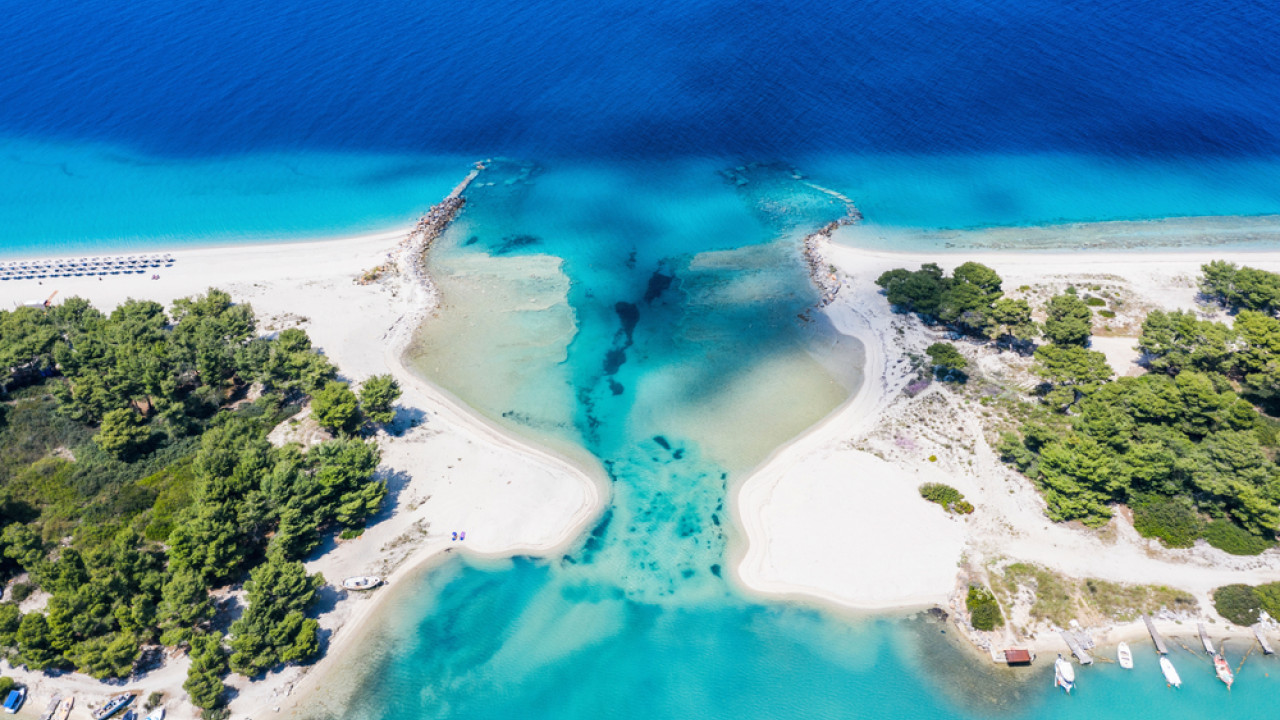 Thessaloniki, Halkidiki, Olympus and the coast of Pieria the three main tourist destinations of Central Macedonia

In third place worldwide is Greece in terms of tourism for the sun and the sea, according to a study by the Institute of the Association of Hellenic Tourism Enterprises (INSETE) carried out in collaboration with Deloitte and Remaco with the object “Greek Tourism 2030” – Action Plans . This was stated by the scientific director of INSETE, Aris Ikkos, presenting key points of the study, during an event held in a central hotel in Thessaloniki. He characteristically underlined that “the sun and the sea are by far the most popular tourist product with 226 million international trips in 2019. They are followed by the city break, cultural tourism, tourism of meetings, incentives, conferences and exhibitions (MICE) and then nautical tourism (yachting)’. At the same time, he commented that the tourism product concerning the sun and the sea have a much longer duration than the MICE and the City break, he informed that in maritime tourism Greece occupies the eighth place and noted that in the other three products the country is outside of the top ten.

“From these, one can immediately understand that with the cultural reserve and wealth that the country has, cultural issues are among the ripe fruits for development,” he added. He also pointed out that according to INSET research in European countries and the USA on what else potential visitors would like to do on a sun and sea trip, most people don’t go to a place just for sun and sea, but are interested in a variety of activities such as walking around the city, shopping, going out to restaurants, sightseeing, going out of town, going out to pubs and bars, sightseeing, nightlife, visiting exhibitions, museums , concerts and theaters.

Thessaloniki, Halkidiki, Olympus and the coast of Pieria the three main tourist destinations of Central Macedonia

Regarding Central Macedonia, Mr. Ikkos said that of the 36 destinations included in INSETE’s study and the action plan for 2030, three concern Central Macedonia, specifically Thessaloniki, which has a very long history and a great proximity to Central Europe, Halkidiki with its particularly beautiful landscape and beaches and Olympus, a global brand name along with the coast of Pieria.

In particular, established or highly developed products for Thessaloniki are cultural and religious tourism, city breaks and meetings, incentives, conferences and exhibitions (MICE) tourism and a supporting product is gastronomy. The products that have the potential to grow and stand out are cruises, sports activities. Actions that can be supportive are nautical tourism (yachting), ecotourism and wellness tourism.

As far as Halkidiki is concerned, an established product is the sun and the sea, products with potential for development are maritime tourism, cultural, religious and culinary tourism and supporting products are MICE, ecotourism, sports activities and wellness tourism .

For the area of ​​Olympus and the coasts of Pieria there is potential for development in established sun and sea tourism, cultural and religious tourism, ecotourism and sports activities. Secondary products that can be promoted are maritime tourism, culinary tourism and wellness tourism.

A total of 191 actions were identified for the Region of Central Macedonia, 79 for Thessaloniki, 58 for Halkidiki and 54 for Olympos and Pieria. As mentioned, moreover, even the actions that are focused on tourism have a strong social character and improve the quality of life of the residents of the area. Some others are aimed more broadly at society and improve the tourist experience.

The Director General of INSETE Ilias Kikilias noted that the action plans for Greek tourism resulted in two thousand proposals for projects and actions with the objectives of mitigating seasonality, spatial expansion of tourist activities in areas with potential and increasing the average expenditure and duration of the guests’ stay. He underlined, at the same time, that the study aims to form partnerships and emphasized that the focus of attention has shifted from products and markets to experiences and destinations.

B. Kikilias: “We must all work together”

The opinion that we must all work together in the field of tourism was expressed by the Minister of Tourism, Vassilis Kikilias, in a taped message, welcoming the event. He emphasized that the ministry, SETE, the Region of Central Macedonia and the Municipality of Thessaloniki must work together with private sector entities to capture a strategic message, a campaign and a joint effort that will further strengthen the tourism product and attract more tourists. In a taped message, the Regional Governor of Central Macedonia, Apostolos Tzitzikostas, characterized the INSETE study as a very important tool for the promotion of alternative forms of tourism, the extension of the tourist season and the establishment of 12-month tourism. “Tourism is the mirror, the reflection of our place and the work we have been doing in recent years” he added and noted that a strong, multifaceted and unique tourist product is being built in Central Macedonia.

The President of SETE Yiannis Retsos in his speech emphasized that 2022 did not start with good omens, followed by the events with the war in Ukraine and the energy crisis, however a year emerged that is considered completely successful and pending the announcements of the Bank of Greece for August revenue looks like we’ll match 2019 revenue and possibly surpass it. “Tourism was projected to recover 85% of ’19 revenue. The additional income will be very important to be used for relief for households and businesses,” he added. For the next year, he commented that “the obvious and logical assessment is that the European will find it more difficult to travel than this year” however, he emphasized that Greek tourism and the Greek tourism brand, which is currently the 5th strongest worldwide. “Greece, since 6.7 years ago in the choices of the major European markets, it was in positions from 5th and below, today it is in positions 1, 2, 3 in all the major markets of Europe as well as outside Europe, America he said characteristically and added: “this means that in a potentially smaller pie in the next period Greek tourism will continue to take from the foam”.

The mayor of Thessaloniki, Konstantinos Zervas, for his part, noted that INSETE’s study is satisfactory in making the tourism product of the region more complex, organized and more competitive, while the Deputy Regional Governor for Tourism, Alexandros Thanos, stated that what will judge the effectiveness of the actions will it is “collaborations, professionalism in terms of actions, a little more technocratism in the political bodies and perhaps less politics in the economic bodies of the city”. The first vice-president of SETE and president of the Panhellenic Federation of Hoteliers Grigoris Tassios pointed out that the country lacks in infrastructure and underlined the need for the involved bodies to really cooperate on the matter. The deputy governor of Thessaloniki and president of the Thessaloniki Tourism Organization, Voula Patoulidou, commented, finally, that during the pandemic the green certificate kept Greece at a very good level, while afterwards the city was shown through videos and images that many will remember to visit the Thessaloniki.