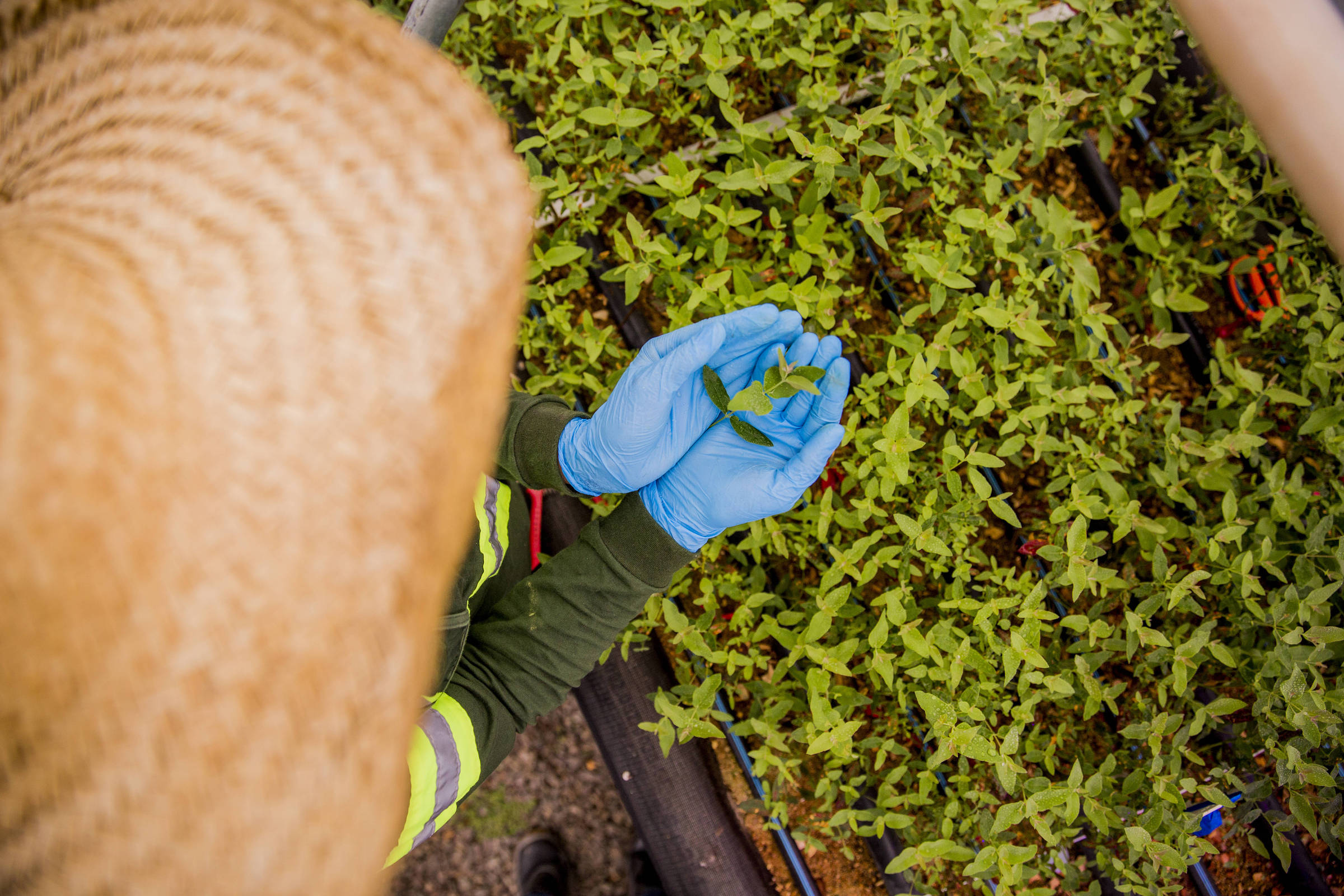 “Carbon becomes ‘bargaining currency’ between countries” was the headline in Folha on November 10, 1998. The text said that scientists from Brazil, China and India were discussing the creation of financial credits for projects against global warming. At that time, the carbon market emerged as a promising initiative, which would reinforce the environmental preservation agenda driven by the Kyoto Protocol of 1997.

It was a valuable idea with potential for expansion: carbon, a simplified way of referring to the emission of gases that cause global warming, goes on the market as a certificate, which can be sold to countries and, as it was later decided, to companies. and individuals. Each certificate — the so-called carbon credit — guarantees that 1 ton of carbon dioxide has been prevented from being released into the atmosphere.

These credits might have spread across the planet had it not been for the global financial disaster of 2008. “The countries of Europe, the major buyers of carbon credits at that time, were affected. This market had to be restructured”, says Plínio Ribeiro, CEO of Biofílica Ambipar, one of the main Brazilian companies that develop forestry projects to generate carbon credits.

A little over five years ago, this path once again demonstrated its vigorous potential — in the case of Brazil, much more through the actions of the private sector than through measures of the federal government.

The 21st conference on climate change (COP21), in 2015, in Paris, represented a turning point. “She recognized forest conservation as one of the main mechanisms to combat climate change. Of world emissions, 15% are from deforestation in tropical forests. In Brazil, this represents more than 80% of emissions”, explains Ribeiro.

From there, Brazilian initiatives that skated began to grow. 5.2 million carbon credits were issued in 2019, according to the Verified Carbon Standard and Gold Standard certifiers. In 2020, that number rose to 13.5 million; last year, it reached 44.4 million.

During this period, companies dedicated to the development of environmental projects reached a new level. Last year, Biofílica was purchased by Ambipar, which allowed it to expand its business. Upon receiving a contribution of R$ 200 million from Shell, Carbonext also strengthened.

David Canassa, from Reservas Votorantim, recalls a recent case to show the rise of the sector. “I have just returned from Climate Week, in New York. Four years ago, the Global Compact Brazil, which is part of the program, filled a room with 30 Brazilians. This time, there were 250.”

The most incisive data on the growth potential of this market in Brazil comes from a report released about a month ago by the consultancy McKinsey & Company. “The credit market in the country should jump from US$ 1 billion today to US$ 50 billion in 2030”, he says.

The growth is welcome, but it still seems insufficient, evaluates Janaína Dallan, CEO of Carbonext. “The climate urgency is so great that we would need many more companies in this market to not reach the 1.5ºC increase”, she says. It refers to the main objective agreed at the Glasgow summit (COP26) in Scotland in 2021.

The event reinforced the goal of preventing global warming from exceeding an increase of 1.5°C compared to the 19th century, which would imply substantial cuts in CO2 emissions. Almost all of the initiatives are concentrated in the Amazon, but, little by little, new projects are consolidated in other regions. In early October, Biofílica Ambipar won the Environmental Finance award for the AR Corredores de Vida project, in western São Paulo. The initiative is carried out in partnership with IPÊ (Instituto de Pesquisas Ecológicas).

With experience in the management of Legado das Águas, the largest private reserve of Atlantic forest in Brazil, Reserva Votorantim has just launched a methodology that allows the payment of environmental services in this biome.

But it is worth remembering: the expansion of the carbon credits market alone will not be enough to avoid reaching the dreaded 1.5ºC, according to Ricardo Piquet, director of the Museum of Tomorrow, which has become a reference in the environmental area. “Generating credits to be paid by polluting companies or countries does not solve the problem. The combined solution is the ideal: you reduce gas emissions and, in the case of what you cannot generate immediately, compensate with carbon credits”, says Piquet .

The essential objective is that, when comparing carbon emissions and carbon capture, under audited methods, the company reaches zero sum or accumulates credits. Klabin collects awards in this sector without trading carbon credits, which is possible thanks, among other reasons, to the fact that it maintains areas of native forest.

With 22 units in Brazil, the paper producer captures around 11 million tons of carbon/year. Its operations emit around 6.5 tons, according to Francisco Razzolini, sustainability director. On the menu of measures taken by Klabin is the replacement of fuel oil with renewable materials from biomass.

In this context, it is not, of course, a physical product. Carbon is a very simplified way of calling the emission of gases that cause global warming. As the most common of them is CO2 (carbon dioxide), the term carbon has become a synonym for these gases in climate discussions.

2 – HOW DOES THIS MARKET WORK?

In general, like most others: whoever has the surplus sells to whoever needs it, preferably at a price that satisfies both sides.

3 – HOW IS CARBON QUANTIFIED TO BE TRADED?

Each ton of carbon dioxide corresponds to a carbon credit, which can be bought or sold. An example: a company needed to reduce its emission by 1,000 tons of CO2, but manages to cut 1,500 tons. Thus, it keeps 500 carbon credits, which it can sell to another company that failed to meet its target.

4 – ARE THE CREDITS VALID ONLY FOR CUT OFF EMISSIONS?

No, they also apply to captured carbon dioxide — for example, by newly planted trees, which absorb the substance from the atmosphere to grow. Each additional ton of CO2 absorbed by a new forest is entitled to a credit.

The meeting approved the 5% tax on the transaction of carbon credits traded between private sector or NGO projects. But transactions between countries were tax-free and therefore without contribution to adaptation funds. Through the carbon market regulated at COP26, countries can buy carbon emission “permits” to help meet their climate goals, rewarding those countries whose actions, in turn, reduce emissions.

6 – WHAT ABOUT BRAZIL? HOW ARE YOU DOING?

The country, unfortunately, still does not have a regulated carbon market, contrary to what happens in European countries, China, New Zealand and Kazakhstan. In May of this year, the federal government published a decree with the bases for the creation of a market, but there are still many gaps in its execution, which prevent the country from fully entering the global circuit. Thus, transactions have been restricted to internal private sector projects.

7 – HOW DOES THIS MARKET WORK FOR COMPANIES?

With the support of specialists, responsible for calculating the CO2 emission, the companies reach the conclusion of what is the goal to be reached. If it pollutes above this quota, the company will need to buy more carbon credits, which are sold by organizations that develop sustainability projects, such as Biofílica Ambipar, and/or by organizations that have managed to cut their emissions.

8 – CAN I, INDIVIDUALS, ENTER THIS MARKET?

Yup. Companies such as Carbonext, one of the main developers of projects to generate carbon credits in Brazil, offer initiatives for individuals.

The expression, which in English means “green washing”, is often used in the sense of deceptive sustainable advertising, which applies to companies as well as governments and even to climate events. In other words, “greenwashing” occurs when an organization tries to show that it does more for the environment than it actually does.

Transparency is key to not embarking on “greenwashing”. Companies must give visibility not only to established commitments, but also to strategies and evidence of results. Encouraging the involvement of ESG professionals in discussions in the areas of marketing and corporate communications can also help to avoid distortions.