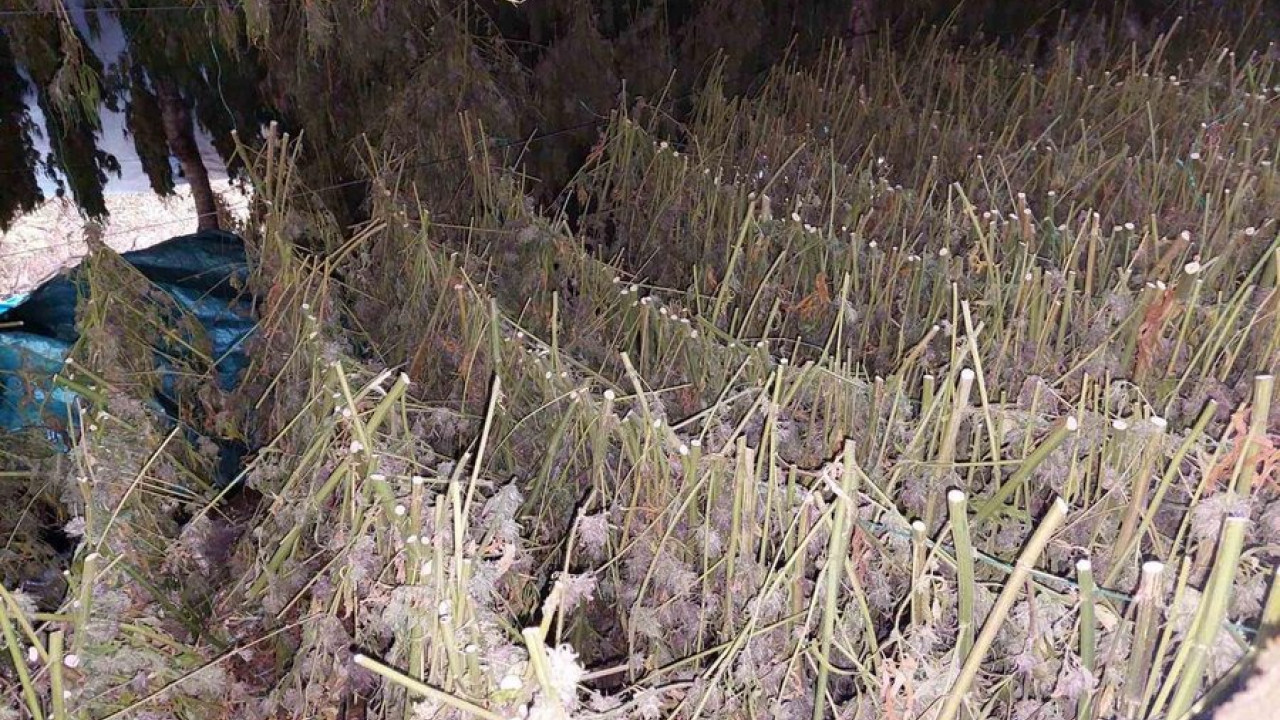 It was dismantled by its Narcotics Enforcement Directorate Attica Security Directorate criminal organization, whose members were active in the cultivation of cannabis seedlings, in the area of ​​Ilia, as well as in its trafficking. A total of eleven members of the organization were arrested for the case.

A case file was filed against them – as the case may be – for criminal organization, as well as violations of the laws on weapons and drugs, while the expected financial benefit from the organization’s criminal activity is estimated at over 4,000,000 euros.

As the Director of the Attica Security Directorate, Brigadier General Dimitris Davalos, pointed out in the relevant briefing that was completed a short time ago at the General Police Directorate of Attica, the dismantling of the criminal organization is another key blow by ELAS to the organized circles that cultivate and traffic drugs.

In an inaccessible area of ​​Ilia

At the same time, he emphasized that the case was characterized by a particular degree of difficulty both at the pre-investigative and at the operational level, as in addition to the hierarchical and professional structure of the organization, they had chosen as a cultivation area a difficult, mountainous and forested area of ​​Ilia, which made the work of ELAS very difficult.

Regarding their methodology of action, the members of the criminal organization chose a location in a difficult, mountainous, forested area and installed the plantation in such a way as to make it difficult to locate it, while they had configured a suitable space, which they used as a plant dryer. At the same time, they used a house in an area of ​​Attica as a place to store the cannabis, with the aim of further trafficking it in the wider area of ​​Attica.

In addition, they used rented vehicles to transport the personnel and materials of the cultivation, in order to avoid their identification, while they had also developed cooperation with a resident of the area, to monitor the cultivation and inform the organization in the event of an approach to the Authorities.

in the context of the investigations carried out, in the area of ​​cultivation but also in houses, in areas of Ilia, Fthiotida and Attica, the following were found and seized:

Due to the large amount of saplings and cannabis that were seized and the difficulty of access to the plantation area, we convened a Fire Service helicopter to transport them.

At the same time, a crew of the Forensic Bureau of Ilia was called to the areas of the plantations for investigation.