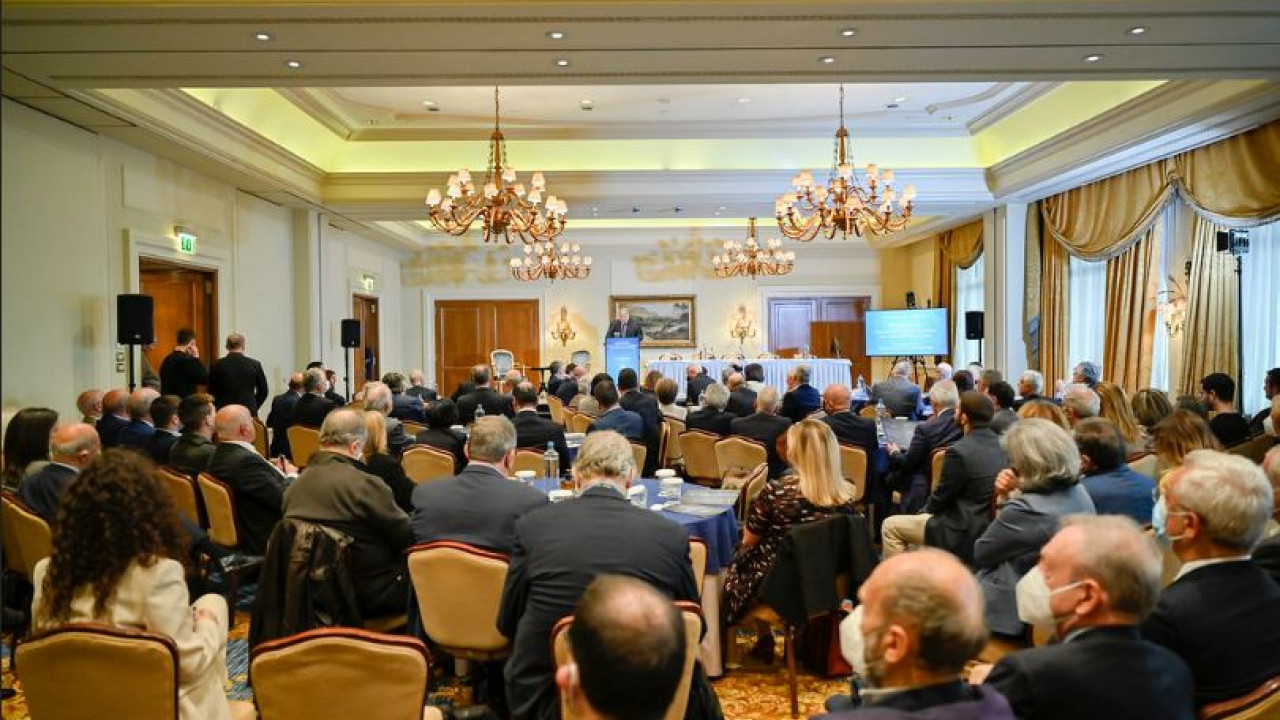 Reforms in all areas of justice, the responsibilities of the state, judges and lawyers and the necessary political consents required were discussed by top judges, representatives of the business community, university lawyers and eminent jurists

The necessity for substantial reforms in the justice system, which faces pathologies and chronic problems, was focused on yesterday’s first day of a two-day conference of the Circle of Ideas with the presence of the President of the Republic Katerina Sakellaropoulou and the leadership of the judiciary.

Reforms in all areas of justice, the responsibilities of the state, judges and lawyers and the necessary political consents required were discussed by top judges, representatives of the business community, university lawyers and eminent jurists.

In particular, the work of the two-day conference (which continues today) was opened by the former vice-prime minister and professor Evangelos Venizelos stressing that the title of the conference “the reform of a power and the awakening of an idea” is indicative of the content of the conference.

“Justice, Mr. Venizelos emphasized, as an institution, as a state authority, can obviously reach the level imposed by the institutional specifications and good practices of the European legal culture in Greece.”

And he added: “However, the reference to justice as an idea, I confess that it is not literal, wants to function as an intellectual and moral challenge, not philosophically but practically, to underline the importance of civil society’s trust in the judicial system, so to raise the issue of the credibility and prestige of justice and not of course the always central but ultimate issue of social justice of inequalities and the redistribution of wealth. The conference does not aspire, in other words, to discover the gunpowder, there is a wealth of research, studies and proposals available, we want to reignite the debate to synthesize the elements that make up the big picture.’

The conference started with the presentation of research by Metron Analysis on how society sees the current situation in Justice. Stratos Fanaras, analyzed and codified the findings with the main one in the public opinion being the delay and delay in the adjudication of the cases. There is still mistrust, doubt about the independence of the judges, suspicion of the exercise of political influence, the issue of polynomialism as well as divisiveness emerges. A special place is occupied by the delay in issuing decisions.

In the first thematic section, the current situation in the Judiciary was investigated as a major institutional and development problem for the country.
The common point of the speakers was that the judiciary is clearly delayed but can be reformed. However, there were differences in the scope and depth of reforms.

The Deputy Prime Minister and former President of the Council of Ministers, Panagiotis Pikrammenos, mentioned how any reform in the area of ​​Justice presupposes its acceptance by society. He spoke of a “judicial mindset shake-up” aimed at creating a new generation of judges with other performances that would accept assessment and seminars.

Mr. Pikramenos stated that there is not the necessary political consensus and agreement as it takes time for the changes to pay off as one government term is not enough. “I do not accept that the judges are politicized or that they are under pressure. It is one thing for them to listen to the concerns of a government and another for them to succumb to them. If they do, they don’t stand well on their feet,” he pointed out.

For his part, the businessman Spyros Theodoropoulos expressed the opinion that the big problem for the business world is not the quality of Justice but the long time it takes to clear investment cases. As he explained “the delay of an investment is death”. He considered that out-of-court dispute resolution can help if there is agreement and consensus.

“The reform of the Justice is a sign of social change,” said the former Minister of Justice, Michalis Kalogirou in his intervention proposing national dialogue, understanding and political consensus at least in the scientific field. He also asked to increase the resources from the Recovery Fund and to hold a relevant dialogue within the Judiciary with all agencies

The former President of the Council of Ministers and President of ADCP, Konstantinos Menudakos he attributed the delays to a lack of specialized staff, typically mentioning how in Greece a judge has one employee at his disposal, while in Europe the average is one judge to 4 employees, while he noted that there is suspicion and a lack of trust.

The Prosecutor of the Supreme Court intervened in the debate, Isidoros Dogiakos stressing how beyond the passion and preparation of the judge, criminal justice cannot judge under the state of cries that are heard in public and addressed an appeal “before judging an action of Justice it is good to have self-restraint but also the judges and prosecutors to be careful”.

The President of the Supreme Court Maria Georgiou he referred in detail to the efforts made by judicial officials to respond to their complex and difficult duties, while adding that there is no need to make a voluntary exit for those judges who are unable to respond, noting that they can resign and provide excellent services to the public.

The coordination of the discussions was undertaken by the journalist of Kathimerini and SKAI, Ioanna Mandrou.

The cycle of political and subjective conditions for reforms in the Justice continued with the investigation of the application of the European standards of the rule of law in the daily operation of the Greek Justice. The debate was moderated by the Honorary President of the NSK, Ioannis-Konstantinos Halikias, and the following participated: Mr. Yiannis Ktistakis, judge at the ECtHR, the General Prosecutor of the International Court of Justice, Athanasios Randos, former president of the CoE, Linos-Alexandros Sisilianos, Dean of the School of Law of Athens and former President of the ECtHR and the former President of the Court of Justice and professor emeritus of AUTH Vassilis Skouris. It has been established that significant steps have been taken to harmonize with the ECtHR and the ECJ jurisprudence, but there are still many outstanding issues, with a typical example being the conditions of detention in prisons.

The first day of the conference closed with the discussion on the society’s attitude towards the Justice with the participation of distinguished jurists: Christoforos Argyropoulos, Lawyer, former President of the Union of Criminologists, Yiannis Ioannidis, Lawyer, Vice-President of the National Commission for Human Rights, Antonis Karabatzos , Lawyer, Professor of Law School, EKPA, Antipas Karipoglou, Lawyer, Dimitra Krustalli, Journalist, Vassilis Markis, Deputy Prosecutor of the Supreme Court e.t. The discussion was moderated by Alkmini Fotiadou, Research Associate of the Center for European Constitutional Law.

All the speakers agreed that there is no sense of granting Justice without the guarantees of the rule of law. If this is not the case, then there is neither one nor the other – neither justice nor the rule of law. It also became clear how it is the duty of all actors involved in the administration of justice to defend the rule of law so that society does not form a negative opinion on the administration of justice because the feeling of having its expectations thwarted develops.

It was also pointed out that the frequent changes in the legal framework, and the bad legislation for crimes of great interest combined with the way the media present them, cultivate society’s expectations for the administration of Justice that are often far from reality and the guarantees that are required.