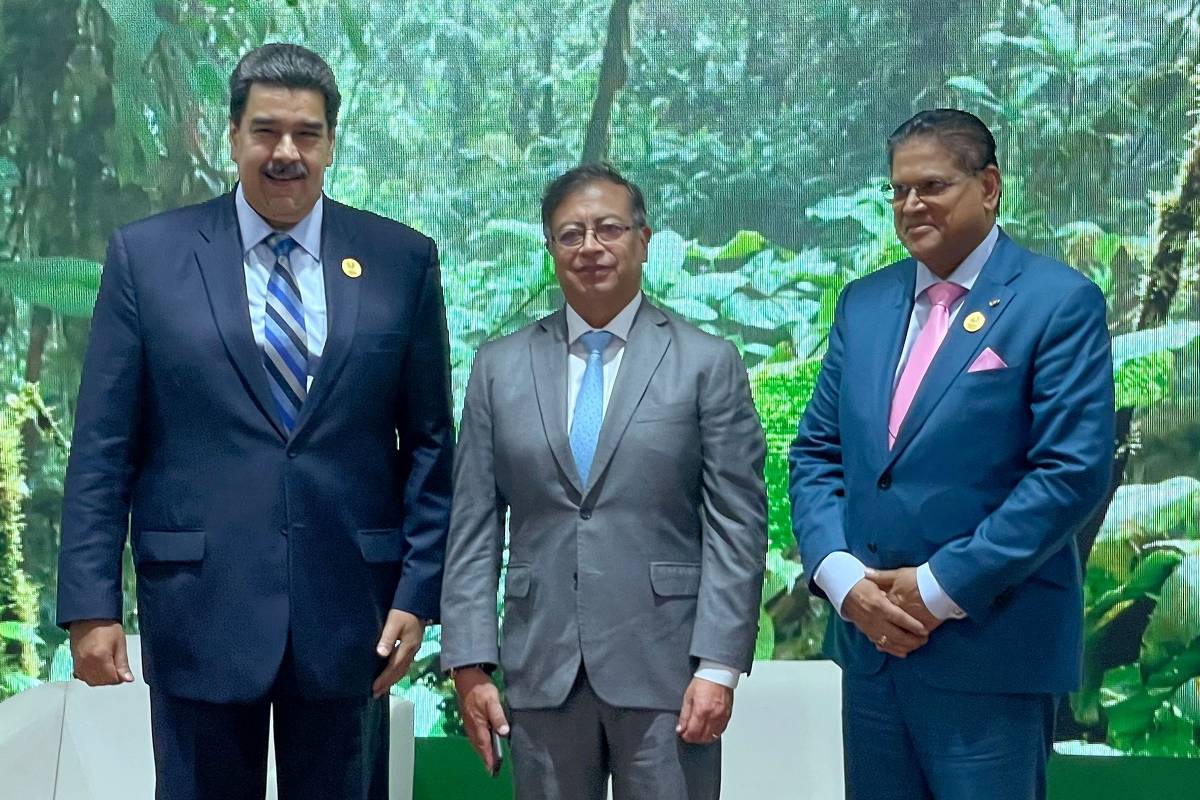 Amazon must have multinational reserves, says Petro to Folha

“With the political change in Brazil, we can start a cooperation agenda to save the Amazon rainforest,” he told Sheet Colombian President Gustavo Petro at COP27, the UN climate conference, which runs until the 18th, in Egypt.

“I think there must be multinational reserves, of course without losing the national sovereignty of each country”, he replied, this Tuesday (8), when asked about the proposals for the integration of protected territories of the countries that share the Amazon biome.

The main idea about conservation mosaics —which connect territories of different conservation units, allowing for greater biological variety and resilience— comes from the Colombian organization Gaia Amazonas. It had been articulating with Amazonian countries the creation of the triple A corridor, which would connect protected areas of three regions with names starting with that letter: Amazon, Andes and Atlantic, uniting, according to the plan, 309 protected areas.

In 2018, the proposal raised fears in the then newly elected government of Jair Bolsonaro (PL) about the possible loss of national sovereignty over the territory that was part of the mosaic. In previous governments, however, the idea already had difficulties to advance due to the lack of dialogue between the Brazilian government and the agenda.

“This topic is complicated, because it uses [como argumento] the forest as a natural asset of humanity to take away sovereignty. I don’t think that’s the case,” Petro said.

“The same national sovereignties that exist over forests can generate multinational mechanisms that allow reserves with geographic continuity between countries”, he added.

Speaking to journalists as he left the Colombia pavilion at the COP, Petro was asked about the environmental impact of the election of Luiz Inácio Lula da Silva (PT) by different media outlets.

“Brazil is strategic, given the size of the Amazon forest in Brazil. Without it, efforts are innocuous. With Brazil, this fundamental step must be taken. It is about returning to the national frontier of the forest,” he said. “AND [a conservação] worth money.”

For Petro, a fund with “a constancy over the years, at least two decades, is needed to achieve the objective of seeing the forest grow where there was road and seeing safety in areas where there was danger”.

In a speech at the conference on Monday (7), Petro said that Colombia will mobilize US$ 200 million a year for 20 years for the conservation of the Amazon.

The new Colombian head of state, who took office in August after an unprecedented victory for the left in the country, met at the Colombian stand at COP27 with indigenous people from different regions of the world, including Colombian Dario Mejia Montalvo, president of the UN permanent forum. on indigenous issues.

At the meeting, he defended the indigenous approach to environmental conservation connected to culture and communities. “Conserving the forest is the second biggest measure to combat climate change. The first is to get rid of fossil fuels”, he pointed out at the event.

The Colombian stand also received on Tuesday the dictator of Venezuela, Nicolás Maduro, and the leader of Suriname, Chan Santokhi.

Facebook
Twitter
Pinterest
WhatsApp
Previous article
Shakira and Piqué reach agreement on custody of their children
Next article
Thessaloniki: They went to a football match and left with… flashlights – They turned off the headlights to save money – Watch video