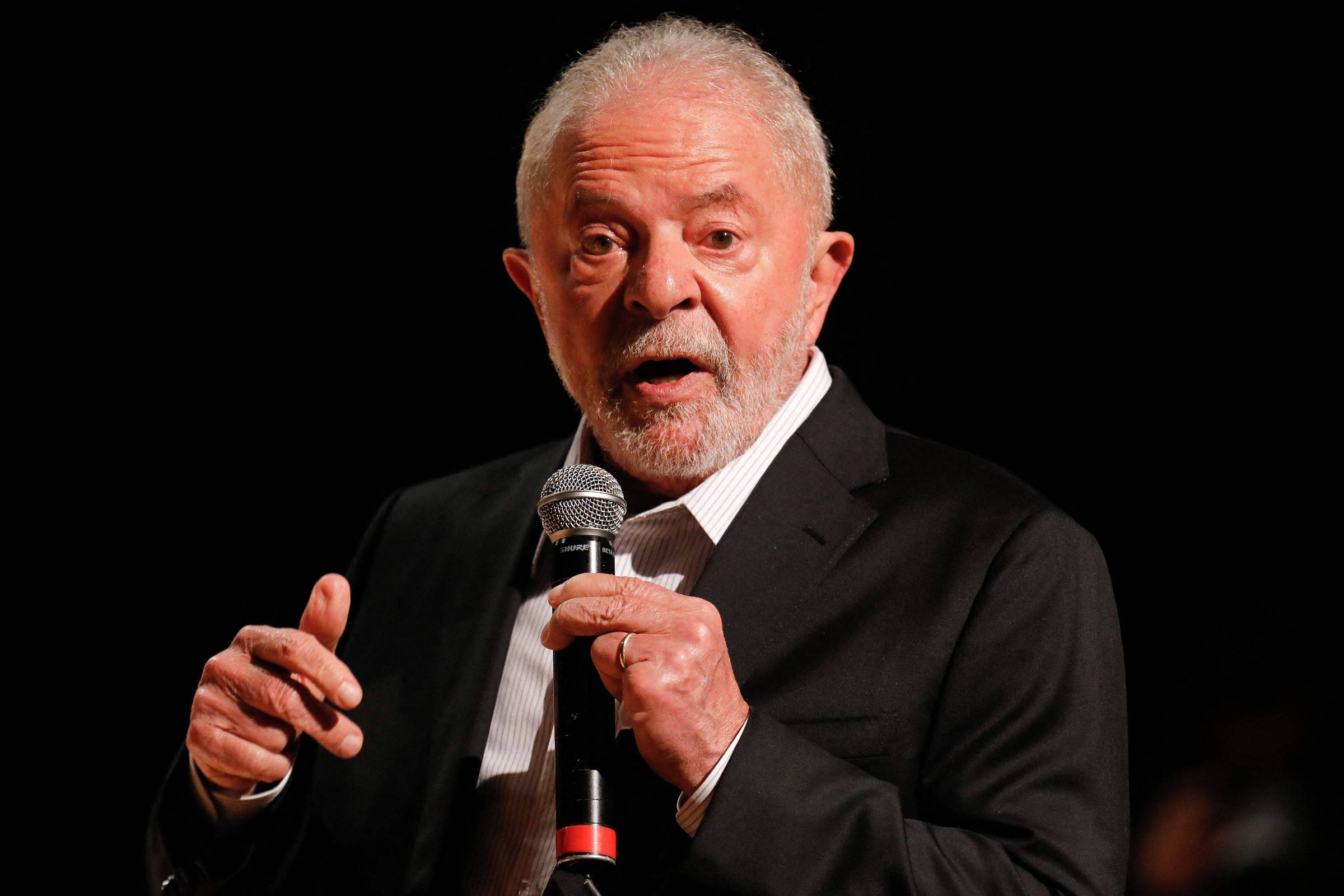 With the arrival of President-elect Lula (PT) in Sharm el-Sheikh, Egypt, on Monday night (14th; early Tuesday, 15th, local time), expectations are growing for what he will present at COP27 ( UN conference on climate change) as part of the future of the new government.

Lula’s entourage landed in Sharm el-Sheikh, aboard a plane owned by businessman José Seripieri Junior, founder of Qualicorp and owner of Qsaúde, this morning in the Egyptian resort. Arrival was confirmed at Sheet by Lula’s advisor who is part of the group.

According to the website FlightRadar24, which tracks flights, the landing took place at 7:12 pm, Brasília time (0:12 am local time).

In addition to the commitment already signed by Lula during the electoral campaign to eliminate deforestation in the Amazon —an announcement that will possibly be repeated on the international stage—, socio-environmental organizations in Brazil and abroad are hoping and also suggesting new commitments that the president-elect could bring to the COP .

As the government is still drawing up, some of the environmentalists awaiting Lula’s arrival at the COP are not betting that the president-elect will bring definitions about the new government, but minor nods to the agenda.

Among the announcements that could be made more easily, without compromising the construction of the government, is the possibility of Lula communicating, in a speech included in the official agenda of the conference, that he intends to take the COP to Brazil in 2025.

The presidency of the Climate COP has regional rotation and will return to a Latin American country in 2025. The conference would have taken place in Brazil in 2019, but was canceled by Bolsonaro in 2018, shortly after his election.

Some of the Brazilian organizations also expect to hear from Lula a commitment to correcting the Brazilian climate target in the Paris Agreement, which suffered a “climate pedal” during the Bolsonaro government, with an update that, in practice, reduces the commitment to the climate.

The new president arrives at the COP in a comfortable political position, with his election already indicating, for Brazil and the world, a resumption of the country’s environmental commitment after the dismantling of environmental policies promoted by Bolsonaro.

Also because of this scenario, evaluations show that Lula’s passage through the COP does not depend on new announcements to be significant.

Even so, the big question that boils in the corridors between the three Brazilian pavilions at the COP is that of the name that will command the Ministry of the Environment in the third Lula government.

The names that are currently considered to be the most quoted for occupying the position are even at the climate conference, which brings even more echo to the possibility of an announcement.

This Monday (14), including, these names participated in an event at the Brazilian civil society booth at the conference, the Brazil Climate Action Hub — a space that emerged in the absence of the Jair Bolsonaro (PL) government at COP25.

In a sample of the attention that should be paid to Lula at the climate conference, the event left the Brazil Climate Action Hub completely packed, with people sitting on the floor and also scattered in the adjacent corridor. COP security had to open space between the participants, at a given moment, so that other people could pass along the way.

In the first week of the conference, it was already possible to see some of these names in conversations with official representatives from other countries and with civil society entities.

Marina Silva, for example, who, after a rapprochement with Lula, actively embraced the president-elect’s campaign, in recent days she has had meetings with the vice president of Colombia and with a representative from Norway — the biggest donor of the frozen and billionaire Amazon Fund, which should be remobilized as soon as the new government takes over.

The fund was stopped due to the widespread revocation of collegiate and councils made by Bolsonaro at the beginning of his government. This paralyzed fund management.

Marina, quoted to return to the ministry, is seen as one of those responsible for managing to structure programs that led to drastic reductions in deforestation in the Amazon – the current Achilles heel of the Brazilian government on the climate issue.

Speaking during the event on Monday, Senator Randolfe Rodrigues (Rede-AP), who was with Lula since the beginning of the campaign and is also quoted for the portfolio, promised a repeal of rules that emerged in the Bolsonaro government.

The senator also stated that the new Lula government will be the government of indigenous peoples.

No one who participates in the transition in the environmental area, however, shows signs of what the president should talk about at the conference. In a press conference last week, Marina Silva went so far as to say that Lula’s main message was to be at the COP —Bolsonaro, in contrast, did not attend any conference during his term.

“President Lula himself said: we are not going to invent anything. The government’s priority would be zero deforestation. Climate change at the highest level of priority”, Marina said about what to expect from the new government.

Another speculated possibility is that Lula will announce at the conference the creation of a National Climate Security Authority, a technical body that would help the country achieve climate goals.

The announcement of who would lead the future ministry of indigenous peoples, promised in the campaign by Lula, seems to have remained distant, even though several strong names among indigenous leaders are in Sharm el-Sheikh.

This Monday, at the Brazil Climate Action Hub event, Lula was even asked for greater indigenous participation in the construction of the ministry.

“We, the most interested parties, have not yet been invited to be part of the transition team. It is very important that there is this actual process, of consultation, so that we can build what this ministry will actually be”, said the deputy. elected federal government Sônia Guajajara (PSOL-SP).

In addition to the potential announcements, Lula is participating, according to the official agenda, in an event on Wednesday morning (16) at the stand of the governors of the Amazon — who invited the president-elect to come to the COP. On the same day, in the afternoon, she will make a speech in the UN area.

On Thursday (17), in the morning, there will be an event at the Brazilian civil society stand and, in the afternoon, at the International Forum of Indigenous Peoples/Peoples Forum on Climate Change.

Lula’s presence at COP27 ends on Friday (18), when he will go to Portugal.

Facebook
Twitter
Pinterest
WhatsApp
Previous article
Opinion – Grain in Grain: We are living in the best moment to invest; see how to enjoy
Next article
Fazenda 14: Deolane Bezerra promises once again that she will attack Bárbara Borges outside of reality