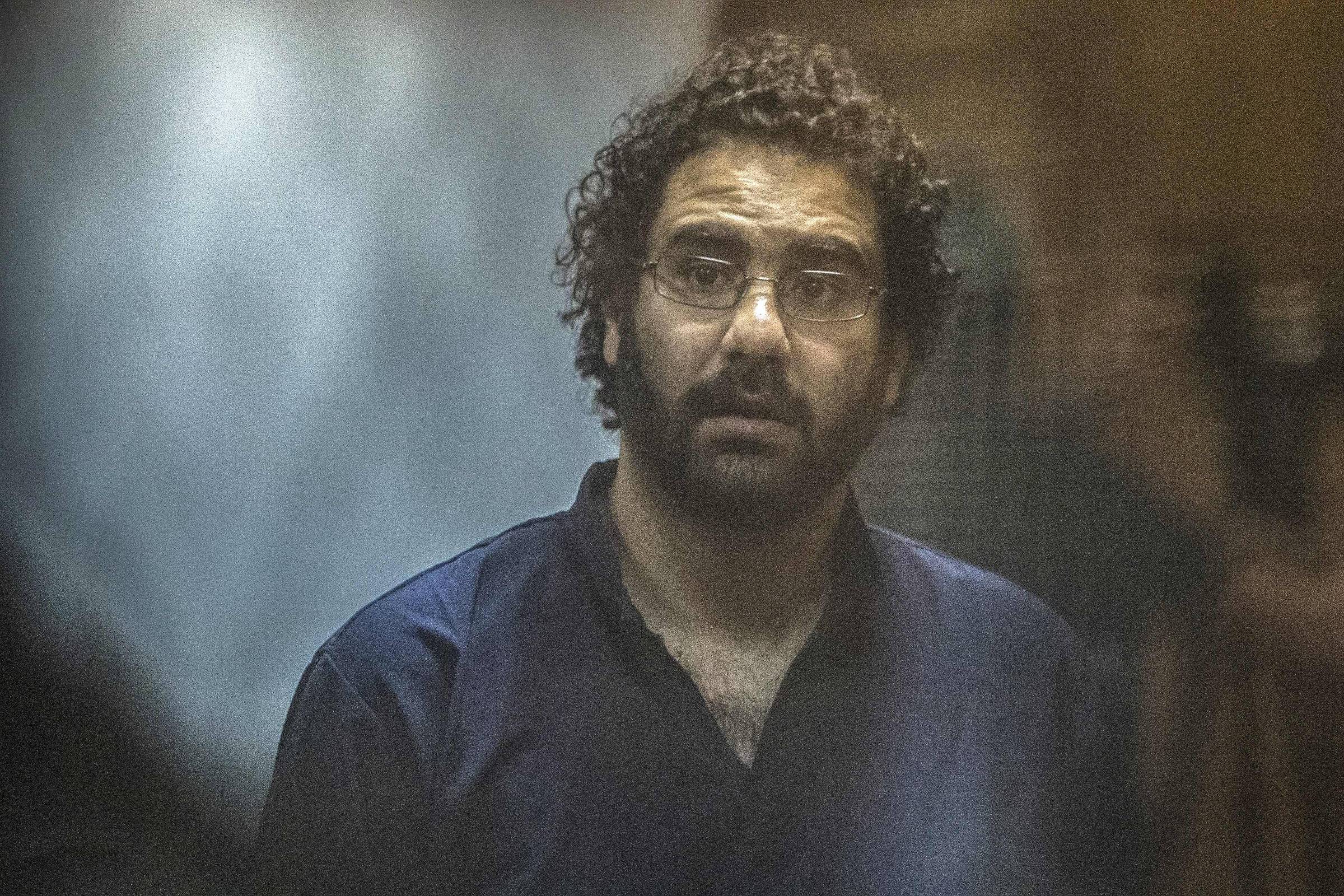 British-Egyptian political prisoner Alaa Abd el-Fattah has told his family he has stopped a hunger strike he had been on for seven months, his sister said on Tuesday.

The activist suspends a protest that overshadowed the COP27, UN conference (United Nations) on climate held in Egypt.

Alaa Abd el-Fattah was prominent in the Arab Spring movement in 2010 that overthrew President Hosni Mubarak. He became a symbol of the tens of thousands of Egyptians – from liberals to Islamists – who were targeted in subsequent crackdowns.

On a hunger strike since April because of his detention and conditions in prison, the activist intensified his protest by saying he would stop drinking water at the start of the UN climate conference, held in the resort of Sharm el-Sheikh.

Several leaders, including US President Joe Biden, raised their case to Egyptian President Abdel Fattah al-Sisi during the climate talks.

In a message to his mother released on Monday, Alaa Abd el-Fattah said he looked forward to seeing her on a visit to the prison later this week.

“The important thing is that I want to celebrate my birthday with you on Thursday… So bring a cake, normal provisions,” he wrote in the note shared by his sister on Twitter. “I stopped my strike. I’ll explain everything on Thursday.”

It was not clear what motivated his decision. He also said in the note that he received a small letter from his mother, as well as a digital music device that he asked her to send.

British authorities have been unsuccessfully seeking consular authorization for months to visit the activist, who is being held in a prison northwest of Cairo.

Khaled Ali, a lawyer for Alaa Abd el-Fattah, says he was twice prevented by prison officials from visiting his client in the last week, despite getting approval from Egypt’s public prosecutor on each occasion.

“What happened in there? What was negotiated?” the activist’s aunt, novelist Ahdaf Soueif, said on Twitter. “Let’s remember that Alaa had no idea how much support surrounded him. He is alone, in prison, without any information except what they choose to give him.”

In a rare official statement on the case, Egypt’s public prosecutor said last week that Abd el-Fattah’s condition was good, shortly after his family reported being told by prison authorities that a medical intervention had been carried out to sustain it.

“We’re counting the days until Thursday [17] to find out what’s going on inside the prison with Alaa,” said his sister Sanaa Seif.

On Monday, his sister said he had told the family he had started drinking water again – in a message that she said was the first sign of life in days. He also said in the note that he was receiving medical care and his vitals were good.

A prominent activist during Egypt’s 2011 uprising, Abd el-Fattah spent most of the next decade in prison, the victim of a widespread crackdown on political dissent following the election of President Abdel Fattah al-Sisi in 2014.

US National Security Adviser Jake Sullivan said after Biden’s Friday meeting that Washington was doing everything it could to secure Abd el-Fattah’s freedom, “as well as the release of several other prisoners. politicians” in Egypt.

President Sisi said security and stability were paramount and denied that there are political prisoners in the country.