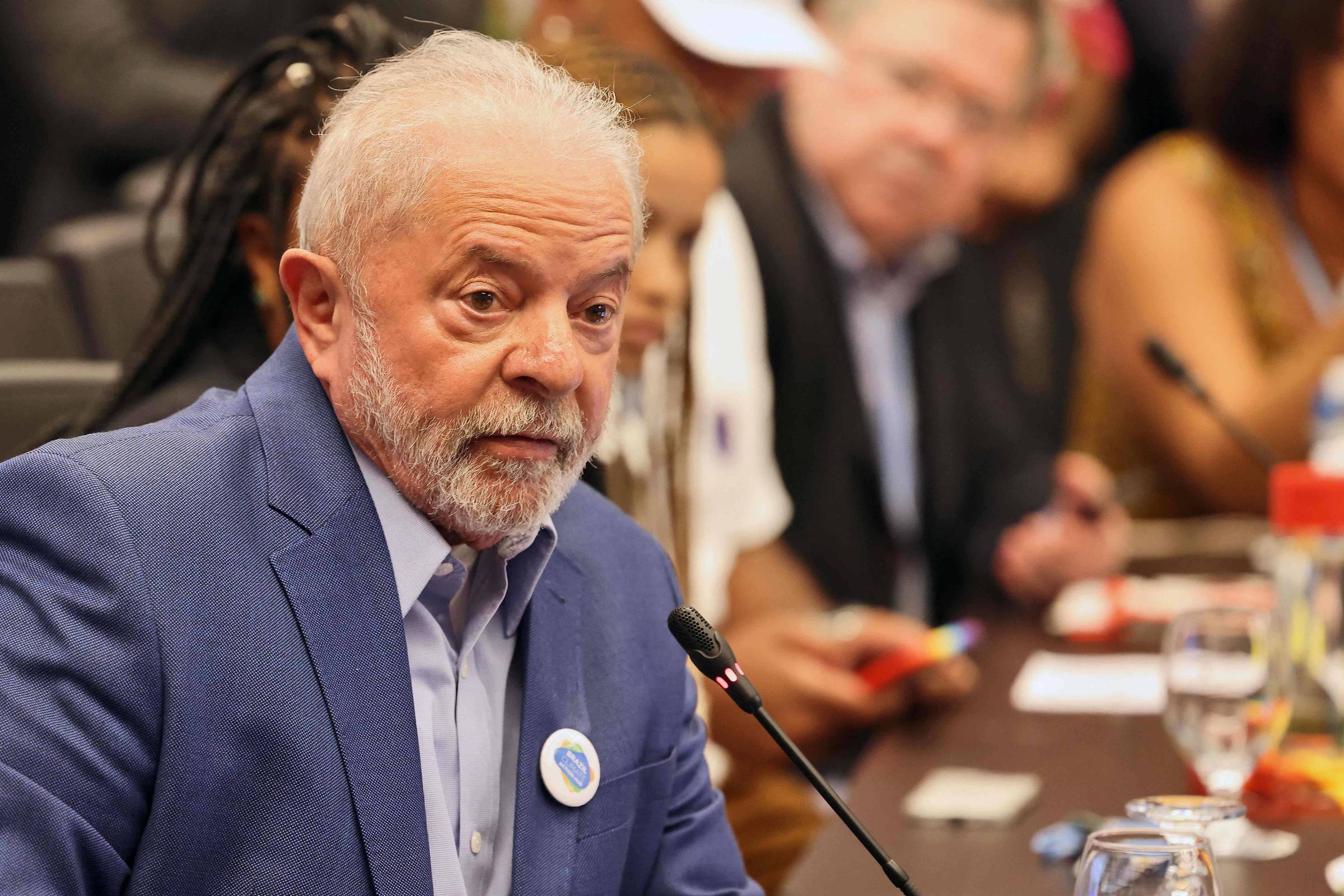 President-elect Lula (PT) said, in a meeting with civil society at COP27, the UN conference on climate change, that, despite having defeated current president Jair Bolsonaro (PL) in the election, “Bolsonarism remains there” .

At the meeting with representatives of Brazilian civil society, this Thursday morning (17th), in Sharm el-Sheikh, Egypt, Lula also stated that the situation requires popular participation.

“Don’t think you’re just going to charge, no. You’re going to have to help,” he said, in a friendly tone.

Another speech by Lula that stood out in this meeting, which packed a conference room and was also broadcast online, was a defense of breaching the spending ceiling to maintain “social responsibility”.

To the NGOs present, Lula stated that the new government will have a huge job with the aftermath of Bolsonarism.

“You are seeing the violence with which they attack indigenous villages without any respect. You know what happens, the fury of the loggers”, said the president-elect. “We’re going to have to have much more competence, skill, because we can’t keep fighting without knowing what to do either.”

Despite Lula’s victory, Bolsonaro’s political weight and that of his current party seem to be maintained, with the millions of votes won by the current president and the elected positions won by his supporters. A part of Bolsonarism is also being expressed in anti-democratic acts that have occurred since the defeat at the polls.

When referring more specifically to the environmental issue, Lula mentioned Brazilian agribusiness, an essential player when talking about deforestation, especially in the Amazon and in the cerrado —agricultural activity is the main agent causing the destruction of the forest.

“I don’t worry when they say that agribusiness doesn’t like Lula. I don’t want them to like it, I just want them to respect me, as I respect them”, stated the president-elect.

Lula, however, made a point of differentiating responsible agribusiness from that which deforests and burns. “A true agribusiness entrepreneur is committed. Because he knows that in the international agenda there is a price to be paid if we are irresponsible.”

The expressive rates of deforestation, especially in the Amazon, have given rise to obstacles and international threats in relation to the Brazilian market. The agreement between Mercosur and the European Union has been one of the clearest examples of how the growth of environmental crimes —and the consequent stain on Brazil’s environmental reputation— can be a brake on the national economy.

The president-elect questioned the motivation for cutting down a “tree that is 200 years old, 300 years old; it’s not necessary,” he said, referring to logging.

“What we need is a sentence that Marina [Silva] used to say when she was chosen to be my minister in 2003: ‘What matters is not for us to prohibit, it’s for us to say how to do things and how to do it right'”, he quoted, having Marina Silva —one of the candidates for the position of minister of the Environment of the new Lula government—a few chairs away.

As in his speech to the public at the climate conference on Wednesday (16), Lula spoke about the degraded lands in the country and pointed out that it is not necessary to clear new areas to increase the production of grains and cattle —a constant statement remembered by researchers in the field.

At the meeting that took place in one of the conference rooms, Lula and allies, such as Fernando Haddad, also heard from civil society organizations. They, in general, because they were cut off from contact with the government during the Bolsonaro administration, expressed optimism at the meeting.

The president-elect heard speeches from the black, indigenous, periphery, youth, and climate organizations movements, in addition to a representative of the scientific community. Some of these organizations even delivered documents with demands for Lula.

Thuane Nascimento, known as Thux, told Lula, speaking on behalf of the PerifaConnection group, that the climate crisis is already a daily occurrence for the most vulnerable, without the possibility of the right to the environment.

“Our reality is of losses and damages already happening on a daily basis”, said the activist.

Marcio Astrini, executive secretary of the Climate Observatory, a network that brings together dozens of socio-environmental organizations, expressed relief with the election of Lula, for the interruption of the dismantling of environmental policies that took place under Bolsonaro. He stated, however, that the NGOs will also play a role in the PT government.

“You know how civil society works. We help and praise when we get things right. We also pressure and criticize, you said that yourself. Sem Terra) that taught me: a good government works like beans, you have to keep it under pressure if you don’t get the point right”, he said.

This Thursday afternoon (Egypt time), Lula also has a meeting with indigenous leaders at COP27. He will also hold meetings with the UN Secretary General, António Guterres, with the Minister of the Environment of Norway, Espen Barth Eide, and with the Minister of Foreign Affairs of Germany, Annalena Baerbock.

Both countries are donors to the Amazon Fund, which should be unlocked after Lula takes office.

The president-elect has been in Sharm el-Sheikh since early Tuesday morning. On the first day in the city, he held closed-door meetings with the special climate envoys of China and the United States, to whom he said, citing the Ukraine War, that “the Brazil mediator is back.”

On Wednesday (16), in a meeting with Amazonian governors, he announced that he would ask the UN for Brazil to host the COP30, in 2025. Furthermore, in his first international speech since the election, he demanded resources from rich countries so that poor and developing nations tackle the climate crisis. The issue, he said, will be a “high-level” priority in the new administration.

Lula’s visit to COP27, so far, has attracted great attention, both nationally and internationally. The president-elect, on Wednesday, caused queues and crowds of people wanting to hear him.

This Friday (18) his trip to Egypt comes to an end, and Lula and his entourage head to Portugal.

Facebook
Twitter
Pinterest
WhatsApp
Previous article
Kate Hudson and Goldie Hawn in a rare appearance – This mother-daughter duo is glamorous and dazzling!
Next article
Britain is in recession – Tax increases and government spending cuts announced by the Minister. Finance