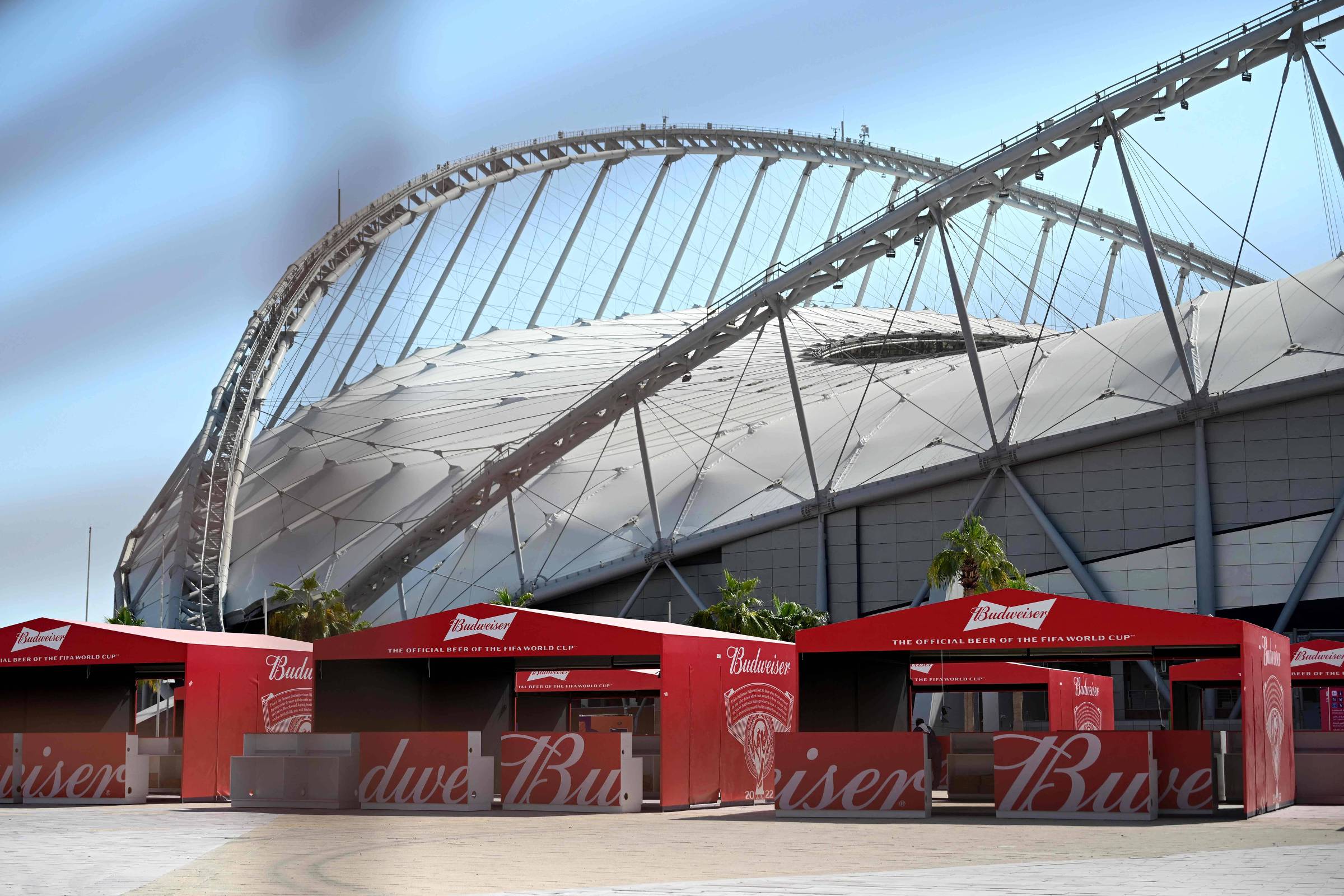 Opinion – Gross Kitchen: Cup without beer, without bacon and without kisses

The ban on the sale of beer in the stadiums of the World Cup, in Qatar, caught Fifa in short pants – but it’s good for her to quickly cover her knees, as exposing her legs is something indecent by local laws.

On the eve of the announcement of the prohibition, Folha had already published a text about the perrengue that is wetting the throat in the host country of the soccer world cup, an Islamic absolutist monarchy.

Reporting and self-help efforts: at the World Cups, foreign teams of journalists form a more or less cohesive community that seeks, like all other visitors, to have fun when the workday is over. And fun, in football culture, almost always involves having a few beers.

The beer ban made a splash because it involves a $75 million contract with Budweiser, but it’s not the only behavioral restriction — and it’s far from the cruelest.

The consumption of pork meat, for example, is prohibited. Bacon, ham and sausage are not part of the Middle Eastern diet – pork is considered unclean by both Islam and Judaism.

In the Qatar Cup, foreign delegations are prohibited from including pork in the diet of players and coaching staff.

The Spanish daily Marca talks about a manual, issued by the German embassy in Doha, which warns fellow citizens of the risk of camouflaging sausages and sausages in World Cup luggage.

Prohibiting sausages, beer and electronic cigarettes (yes!) is almost folkloric compared to the rigor with clothing and public displays of affection, such as kissing, especially between people of the same sex – homosexuality is a crime in Qatar.

The Qatari monarchy has pledged to relax these rules for football tourists. It is worth remembering that she also committed to releasing the sale of beer in stadiums – and sent the commitment to the cucuias.

Because Qatar is a dictatorship. Dictatorships are only committed to themselves.

The last Cup played under a dictatorship was Argentina’s, in 1978. Coincidentally, the first that I remember some games.

Despite international pressure, FIFA insisted on running the tournament, used politically by the military under the command of the bloodthirsty Jorge Rafael Videla.

The Argentine team needed to beat Peru by at least four goals to advance to the final. He won 6-0 in a game in which the opponent clearly went soft. The corruption accusations ended there, and the dictators’ team won.

It’s hard to have a marmalade capable of taking the Qatari team beyond the group stage. But go find out what’s in store for us in a World Cup that’s already off to a bad start. Football, tyranny and corruption are three boxes of surprise.