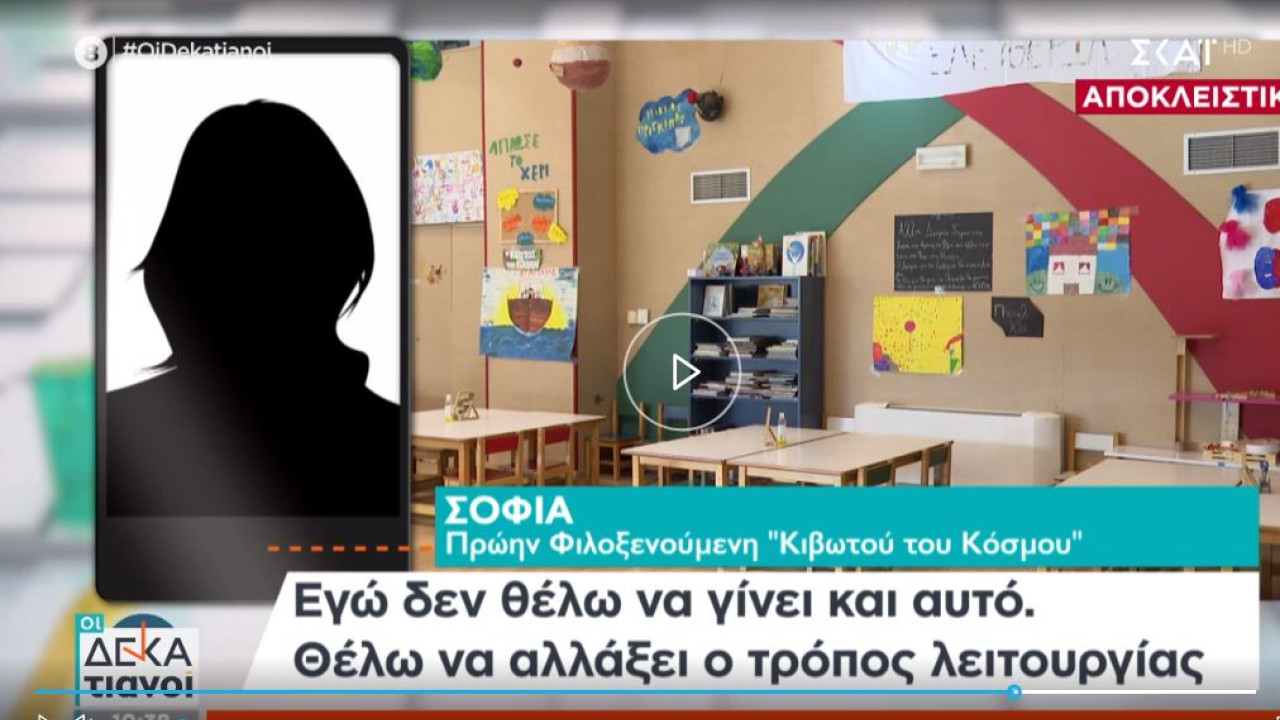 According to Sofia’s testimony, she herself has received physical violence, such as slaps or pushes

She spoke about complaints of verbal and physical violence against her on the SKAI show “Dekatianoi” and to Miltos Sakellaris as a former guest on the “Kivotos tou Kosmos” structure.

Sofia stated that “abusive behaviors in terms of sexual harassment, no, I have not accepted. Neither have I seen in another child, nor have I experienced.

The girl added that she has seen and experienced “other behaviors, such as psychological and verbal violence.”

“Okay, so there was some kind of physical violence. Sometimes, but not in extreme cases,” he said.

She reports that she had been slapped or pushed, “because I wasn’t listening. Ok I wasn’t the calmest of kids, I caused quite a bit of trouble and was short tempered. I had to be restrained somehow. Not always, sometimes when I got out of control.”

When asked who did this, he said it was done by educators, not a social worker.

Compared with what has been reported in recent daysSofia said: “I have learned about many children things that I did not know, it happened that we lived with many children in the same structure, because I had bonded with some of them, it seems strange to me that they had not spoken.”

“I have heard and seen a certain child, who was kept in isolation for over 7-8 months. I don’t know how long he kept, he ate, he only did chores, he didn’t go to school. Where I lived there was no water, no light, miserable conditions in short.”

“My goal is not to close the structure, a lot of kids will come out and say that. I want the way of operation to change because it is not correct” concluded the girl.

Facebook
Twitter
Pinterest
WhatsApp
Previous article
Cyprus and bilateral issues at the center of the Anastasiades – Soltz meeting
Next article
Schäuble: Greece is no longer a problem – I had advised it to temporarily leave the monetary union