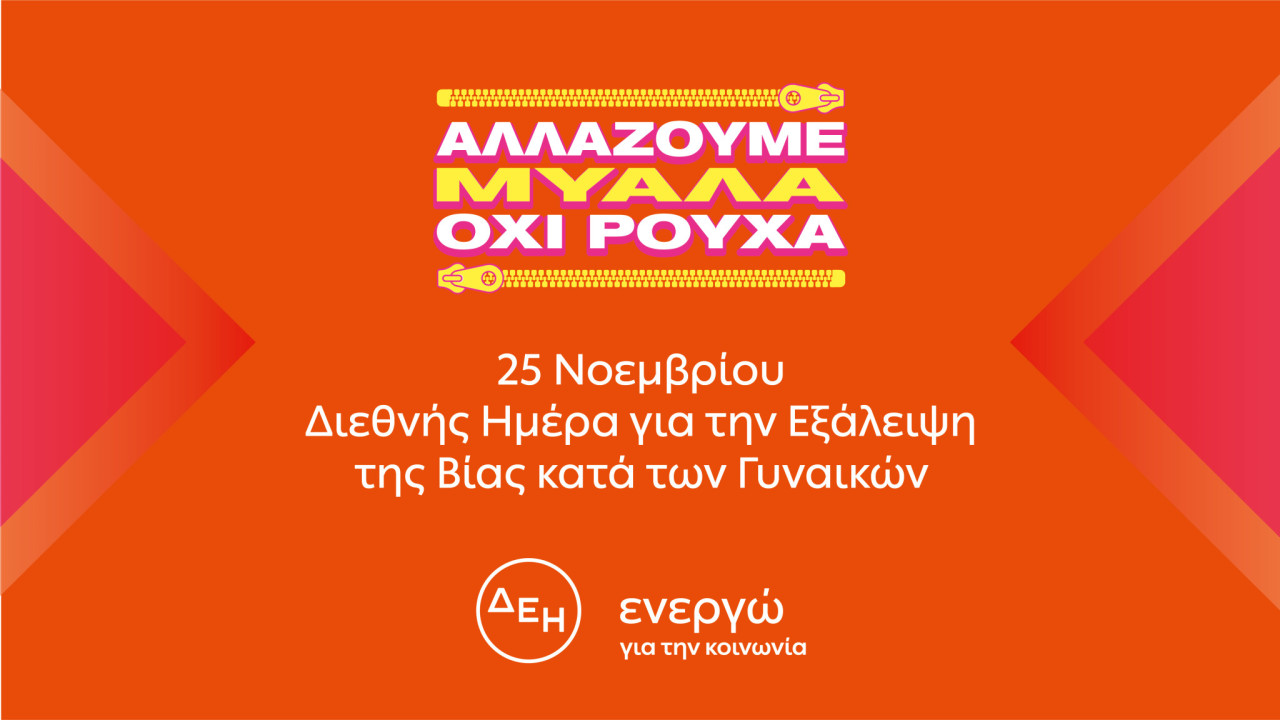 “We change minds. no clothes”

At a time when cases of violence against women are more numerous than ever, today’s celebration of International Women’s Day Ending Violence Against Women on 25 November is of particular importance.

Gender-based violence is a perennial social problem, which during the pandemic reached almost endemic proportions and reached the point of being characterized by experts as the “Shadow Pandemic”. The indicators of violence against women continue to rise alarmingly both globally and in Greece, even after the pandemic. At the same time, the causes and social ramifications are downgraded to the level of findings and remain “invisible” for the most part.

H PPC for the second year through the Corporate Social Responsibility program “PPC Active” and in collaboration with the organization Women Act and research company Focus Bari, conducted the first nationwide survey on the link between women’s dress and violence against women.

The said research titled “Clothing and violence against women: The conversation starts in your closet” focuses on the attitude of Greek society towards the relationship that women’s clothing can have with harassment and violence. At the same time, it demonstrates the direct negative effects of the perpetuation of stereotypical perception in the elimination of violence against women and maps the attitude of different audiences on the issue and the degree of optimism for the future that it allows.

Indicatively, as shown by the data of the research:

THE Sofia Dimtsa Director of Corporate Relations and Communication of PPC stated in this regard: “Every time we think or say phrases like “she’s going crazy with her clothes” we’re putting our own little stone into gender violence. The stereotypes that are associated with and nurture abusive behavior of all forms will only be eradicated when we manage to bring them to light, to recognize them in our behavior and lifestyle. This was precisely the aim of PPC’s initiative ‘We change minds, not clothes’. To highlight attitudes and perceptions of Greek society on an issue that remains almost ‘invisible’. It sheds light on the overt or implied comments that are cultivated and reproduced against women while opening and encouraging the discussion to prevent their perpetuation.”

H Maria Gianniou co-founder of the organization Women Act stated: “Unspoken and often unconsciously repeated gender stereotypes are not easily challenged. They are so deeply embedded in us that questioning them requires substantial reflection on an individual and collective level and a constant uncomfortable confrontation with what we know and understand. Our goal, as a civil society organization, is to shed light on stereotypical dysfunctional perceptions and propose a paradigm shift that respects people for who they really are, not what they should be.”

H PPC attempts in an energetic and essential way to open and encourage discussion within families and groups on the issue of stereotypes on the clothing of women and girls, which can lead to harassment or even violence and to highlight the seriousness of the issue for the psyche , the safety and integrity of women.

Facebook
Twitter
Pinterest
WhatsApp
Previous article
“Arrows” Erdogan against the US for operations in Iraq – Syria: “We will root out terrorism from its source”
Next article
Satellite shows Ukraine in the dark after Russian attacks; Look