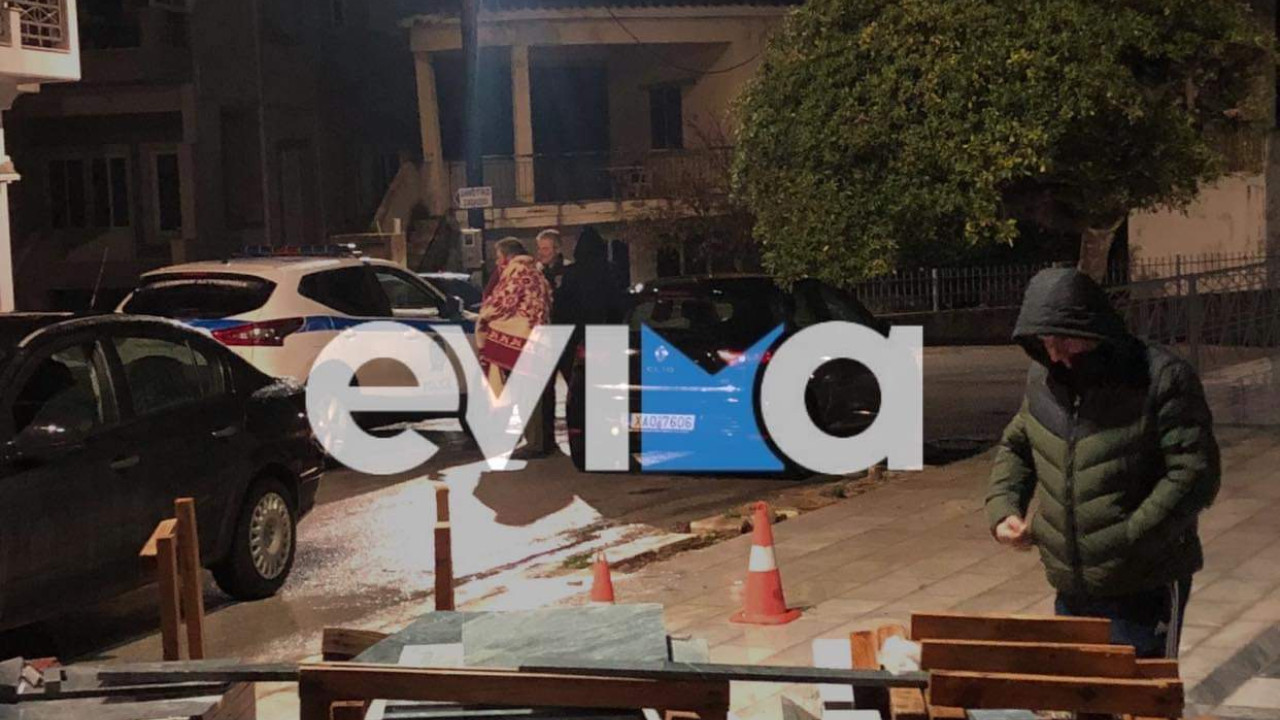 A new strong seismic tremor occurred at 22:06 in Evia, in the same epicenter that Enceladus hit earlier in the morning, and then there were dozens of aftershocks.

This particular tremor is stronger than the one of 4.7 Richter that was registered at dawn, since according to the revised solution of the Athens Observatory it is a magnitude 5 earthquake.

No damage has been reported so far after the earthquake measuring 5 degrees on the Richter scale south-southeast of the village of Zarakes in Evia, the Fire Department announced.

He clarified that he did not receive any call.

Civil Protection forces were mobilized in a dispersed manner in the wider area after the earthquake. Fire and Police forces are on patrol. Coast Guard forces have also been mobilized.

In addition, all the Special Disaster Response Units (SDUs) are on heightened alert by order of the head of the Fire Brigade, Lt. Gen. Alexios Rapanos.

The Fire Department appeals to citizens to be especially careful and follow the instructions of the competent authorities.

According to the commander of the Evia fire brigade, Pericles Kulkouvini, who spoke to APE-MBE, “so far no damage has been reported. However, the fire brigade cars continue to patrol for checks”.

The climate of concern that prevails more widely in the region of South Evia after tonight’s earthquake is also conveyed by the regional governor of Central Greece, Fanis Spanos, speaking to APE-MPE, who emphasizes that “residents have left their homes after the new earthquake” .

Mr. Spanos confirms that “so far no damage or any other events of concern have been recorded”. He emphasizes that “all the authorities are on the lookout and patrols are being made in various villages in order to control the situation as a whole”.

Lekkas on SKAI 100.3: Bigger earthquake than in the morning – Why did Attica shake so much

Professor of Dynamic Tectonics & Applied Geology Efthymios Lekkas spoke on SKAI 100.3 radio, giving his scientific assessment of the new earthquake in Evia, which was particularly felt in Attica.

As stated by Mr. Lekkas, the last earthquake was stronger than the morning ones, but also the aftershocks recorded in the area, pointing out however that “it has a strong directionality towards Attica”, justifying the strong sense of seismic vibration in the area of ​​the capital.

The earthquake measured 5 Richter and, as stated by Mr. Lekkas, it is considered a normal development, in the context of the activity in the area, recommending calmness.

Papadopoulos: We will study it more in the morning

The seismologist also advised calm in the world Gerasimos Papadopoulos after the new magnitude 5 earthquake that occurred at 10:06 in the evening from the same epicenter in Evia. “We are watching the development of the phenomenon, he added, I hope we don’t have anything important during the night and tomorrow morning we will study it more.”

With the new earthquake, the facts are changing, says Akis Tselentis

He also made his own assessment of the earthquake in his post Akis Tselentis.

We just had a slightly larger earthquake (2 tenths of a magnitude larger) magnitude 5.0,EPIK:6 XLM. NA TÓN ZAPAKÓN EYBOIAS ie in the same seismic area. With the new earthquake, the facts change and we have to wait a bit to see the development. As I have repeatedly mentioned today, residents should avoid stone houses. The last earthquake will have its own aftershock sequence.

Facebook
Twitter
Pinterest
WhatsApp
Previous article
Queen Elizabeth II Worried About Harry Because He Would Be ‘Too In Love’ With Meghan Markle
Next article
Opinion – Tostão: Brazilian team is better in the defensive system so far