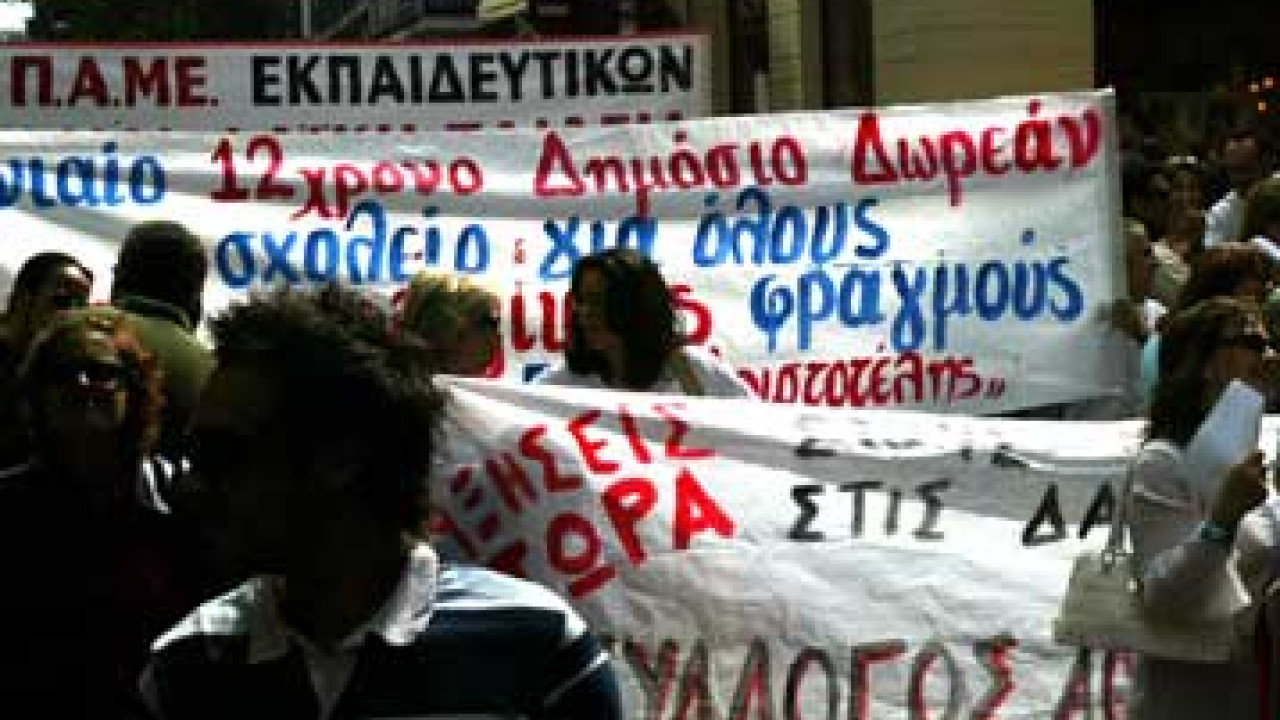 What are the demands of the Greek Teaching Federation (IOE)

More specifically, the Teachers’ Federation of Greece (IOE) announced a work stoppage from 11:30 until the end of the schedule and the possibility of an additional 3-hour work stoppage by the Associations to facilitate the participation in the gathering at 12:00, in Propylaia, together with OLME and OIELE and path to the Ministry of Finance.

“We continue – we strengthen the fight for work and wages with dignity, we defend our labor rights and our scientific work” they say from the ILO.

The relevant announcement states, among other things:

-Immediate Christmas gift payment, reinstatement of 13th and 14th salary, increases in our salaries, performance of the MK 2016 – 2017, tax-free at €12,000 with an additional €3,000 for each child.
-Ending the labor hostage. Immediate permanentization of all new appointees who complete their two-year term without further conditions.
-Equating the hours of Kindergarten teachers and teachers who serve in elementary schools with few seats to that of the rest of the teachers.
– Repeal of laws 4692/20, 4823/21 and the entire framework that leads to the categorization of schools. The authoritarianism of the Ministry of Education will not pass.

Facebook
Twitter
Pinterest
WhatsApp
Previous article
England passes by Senegal and will have its eternal rival France in the quarterfinals of the World Cup
Next article
Opinion – From Grain to Grain: What assets do you need to retire with a deputy’s income?