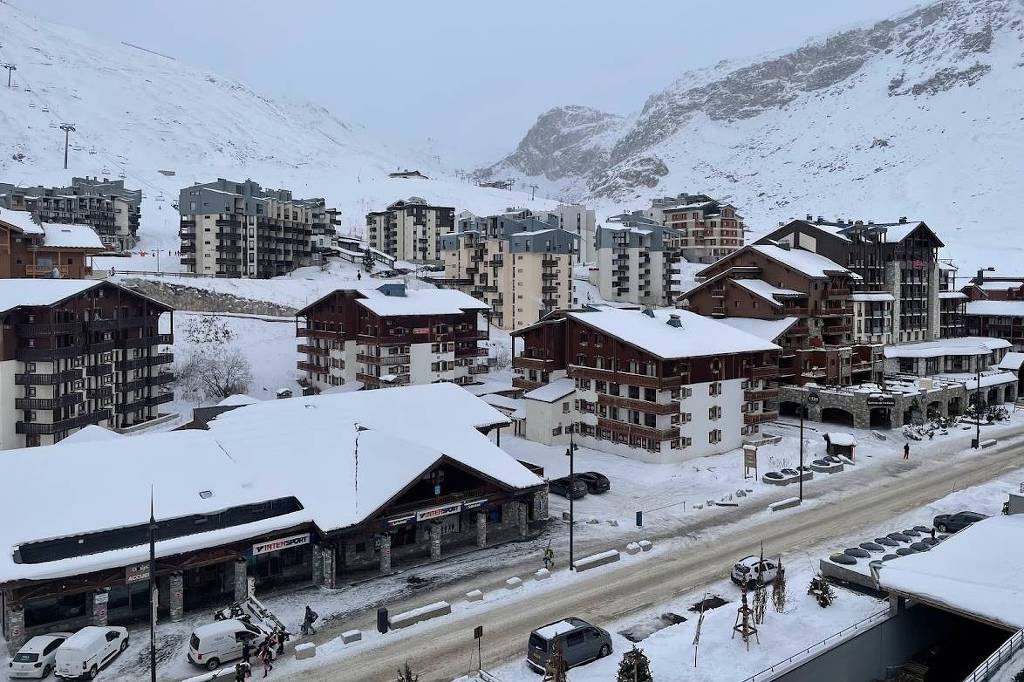 With attractions even underwater, Tignes has fun with a snow vacation

The city of Tignes, in the French Alps, is considered one of the main destinations in Europe for practicing snow sports, especially skiing and snowboarding. But its attractions go far beyond that.

Trails in the snow, sled rides pulled by dogs and, for those who are not afraid of the cold, even diving in the frozen waters of a lake are some of the different experiences that this small town of just over 2,500 inhabitants can offer tourists.

After being submerged due to the construction of a hydroelectric plant in 1952, the commune of Tignes was rebuilt practically from scratch in the 1960s, with the specific aim of exploiting winter tourism.

Taking advantage of the mountain range that surrounds it, and with an altitude of over 2,000 meters, the region is known for having one of the longest winter seasons in Europe, with almost six months of snow, from the beginning of December to the beginning of May.

Tignes is currently divided into five “villages”. Les Brévières, located at the foot of the dam, and 1800 (formerly Les Boisses), on top of it, with a reproduction of the old city church, are the oldest. They are further away from the main ski slopes in the region.

The villages of Le Lac and Lavachet can be considered the “centre” of Tignes. It is there that the main buildings of the local administration and some of the best hotels, restaurants and markets in the city are located.

However, being an area of ​​recent development, don’t expect to find streets and chalets with the same charm and charisma as other cities in the French Alps, such as Chamonix or even the neighboring Val d’Isère.

It is also where Lake Tignes is located, where ice diving activities are carried out. The attraction takes place day and night, lasts about 20 minutes, and depends on favorable ice conditions.

For prices ranging from 99 to 130 euros (R$549 to R$721, for the Evolution 2), even people with no diving experience can try staying one to two meters below the ice, watching the ballet of lights and shadows in this labyrinth frozen.

The village of La Claret is where most of the tourists come to enjoy themselves on the snowy slopes of Tignes between sips of “génépi” (a kind of herbal liqueur, traditional from the Alpine region) and another. From there, most of the cable cars leave for the more than 300 km of slopes that connect Tignes and Val d’Isère, forming one of the ten largest ski resorts in Europe.

A visit to La Claret is worth it even for those who don’t dare to go down the mountain at high speed — there is a free bus that connects the villages (except Les Brévières).

For 17 euros (R$94) it is possible to buy a return ticket to the top of La Grande Motte (the highest skiable point in the tourist complex, at 3,454 m high), taking the Perce-Neige underground funicular and then a cable car.

On the way back, it is worth stopping for at least one hot chocolate at Le Panoramic restaurant, with a star in the Michelin Guide, from where you can take beautiful pictures of the mountain.

Not by chance, it was in La Claret that Club Med decided to open its newest “all inclusive” snow hotel. The hotel chain already had a unit in the region, but abandoned the old building and built a new establishment with 430 rooms, heated pool, two restaurants and spa to receive tourists from all over the world — and, especially, from Brazil.

“We have 14 ski resorts in France and the Brazilian public is one of the ones that most come to our hotels, mainly in January, during the school holidays. In that month, we receive 400 to 500 Brazilian clients per week”, says Janyck Daudet, South America CEO of Club Med.

“Everything here is organized for Brazilians to spend their holidays in peace.”

The construction of the building designed by Jean-Philippe Nuel, an architect and designer specializing in luxury hotels, lasted two years and required an investment of 128.9 million euros (R$ 715.7 million).

The establishment was due to open in 2021, but was delayed by a year to coincide with the start of what has been hailed as the first European winter season without restrictions since 2019, when the Covid-19 pandemic hit the tourism industry hard. worldwide.

With no rules forcing the use of masks by guests and employees, bottles of alcohol gel scattered everywhere and signs recommending protective measures, staying at the hotel really reminds you of pre-pandemic times. Behind the scenes, however, measures to prevent a Covid outbreak are maintained.

“We created a leadership function within the hotel that is the ‘safe together’, which knows all the safety engineering rules. The protocols for the kitchen are much stricter. We still have a room to isolate people with Covid. It’s the new normal. In a way, it’s a good inheritance from that hard period for us”, believes Daudet.

If the sanitary restrictions are over, the energy crisis in Europe resulting from the War in Ukraine may still result in minor setbacks. The French government has banned swimming pool heating in the country above 19°C.

If you intend to relax in a hot tub surrounded by snow after an afternoon of skiing, for example, better save your money and schedule your trip for the 2023/2024 season.

Inaugurated on the 3rd, this “all inclusive” is one of the easiest options for those who want to start practicing sports in the snow. In addition to drinks and meals, the “ski pass” is included in the rates, which gives access to the ski lifts, and ski, snowboard and snowshoeing lessons during your stay. Daily rates from R$ 2,289.

Located in the building that was occupied by Club Med, this unit of the French hotel chain serves as a second “all inclusive” option in the region. It also has direct access to the ski areas, but snow sports classes and “ski pass” must be paid separately. Rates from 231 euros (R$ 1,300).

From the same group that manages the Le Panoramic restaurant, this hotel opened in 2007 and is the first five star hotel in Tignes. It’s in Val Claret, but a little further away from the ski slopes than other hotels on this list. Rates from 350 euros (R$ 1,970).

One of the first “refuges” built on the shores of Lake Tignes, this three-star hotel has undergone several renovations over the years (the last one in 2003) and is a good accommodation option for those who want to stay in a more central area. The rate includes breakfast and storage for ski equipment. Rates from 104 euros (R$ 585).